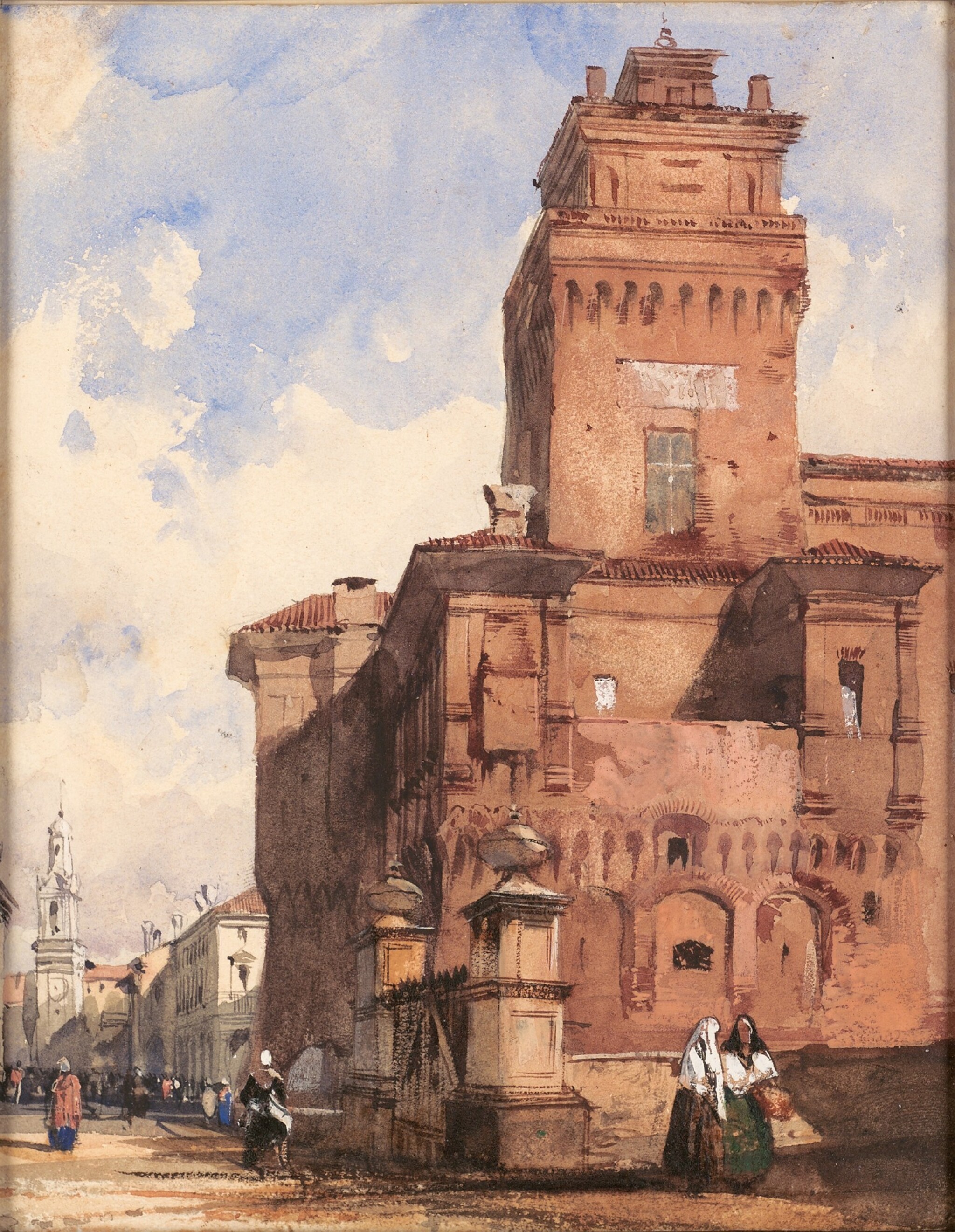 watercolour over pencil heightened with bodycolour and gum arabic on paper

Not examined unframed. Overall condition extremely good and fresh. One or two tiny brown marks, top edge, but no significant condition problems. Sold in a carved and gilded frame.

This jewel-like watercolour, which survives in very fine condition, shows Ferrara’s ‘Castello’, a fortification that was designed by the architect, Bartolino da Novara, in 1385 and was later to become the ducal palace of the Este dynasty.

Bonington visited Ferrara with his friend and patron Baron Charles Rivet, in late May of 1827. The pair were on an extended tour of Italy and, having just spent three weeks in Venice, were travelling south towards Florence.

Ferrara’s faded splendour very much appealed to early 19th century travellers, and the essayist William Hazlitt (1778-1830) enthusiastically described it as ‘the ideal of an Italian city, once great, now a shadow of itself…. a classic vestige of antiquity, drooping into peaceful decay.’

While ‘on the spot’, Bonington executed a pencil drawing, which clearly served as the basis for the finished watercolour. That drawing remained in Bonington’s studio until his untimely death aged only 27 years old. At his estate sale in 1829, it was acquired by the 3rd Marquess of Lansdowne.1

The present watercolour has a distinguished provenance, having once belonged to Louis-Philippe Albert Orléans, Comte de Paris, the grandson of the last King of France.