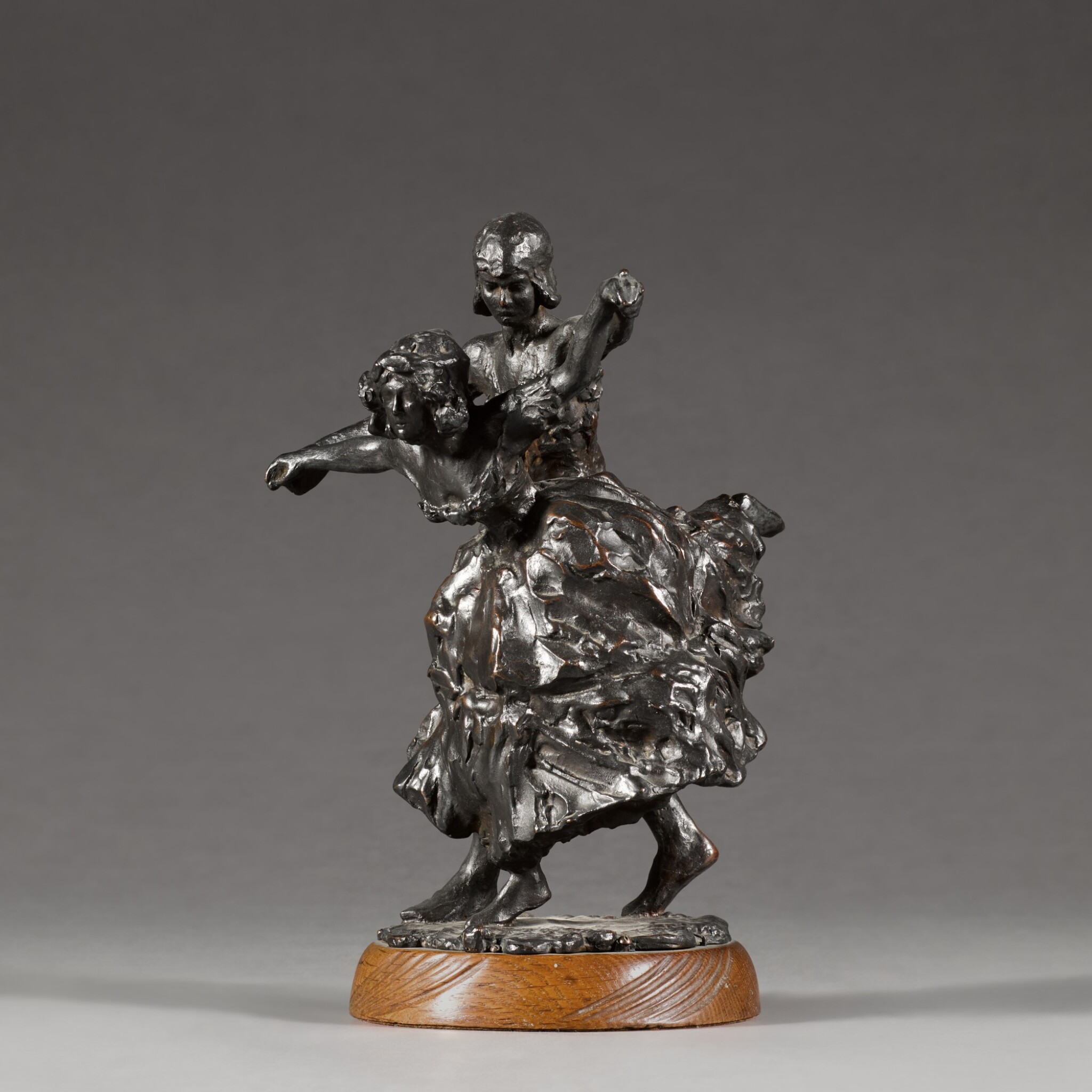 signed Maurice Charpentier-Mio and numbered 8/10; incised with the monogram on the wood base

bronze, dark brown patina, on a wood base

Overall the condition is very good with minor dirt and wear to the surface consistent with age, including some dust in the crevices. There is minor rubbing to the patina at the high points. A few very minor areas of greening, notably at Nijinsky's proper right hip, and to the underside of the skirt.

The bronze is attached to the wood base with several metal pins; these have rubbed slightly against the bronze. There is minor wear to the wood base, including a few nicks.

This balletic bronze represents the legendary dancer and choreographer Vaslav Nijinsky, and the ballerina Tamara Karsavina, in the avant-garde piece Le Spectre de la Rose (The Spirit of the Rose). Choreographed by Michel Fokine for the Ballets Russes in 1911, the ballet was conceived by the writer Jean-Louis Vaudoyer, based on a verse by Théophile Gautier, and set to music by Carl Maria von Weber. In a short, dream-like sequence, a young girl who falls asleep after a ball and imagines a romantic encounter with a personification of the rose she has dropped. The piece won both acclaim and notoriety for Nijinsky's spectacular leap through a window at the ballet's conclusion, dressed in his magnificent rose petal costume.

Charpentier-Mio brilliantly captures the sense of romance and movement in the girl's imagined dance with her rose. The present bronze is listed in the Nijinsky exhibition catalogue entry (op. cit.) on the cast of the same model in the collection of the Bibliothèque Nationale de France, which provides a dating for each of the numbered casts.

Danny Katz has a passion for dance, with a particular interest in Nijinsky and the early 20th-century Russian Ballet. In 2009 the Gallery held an exhibition dedicated to Serge Diaghilev and the Ballets Russes.