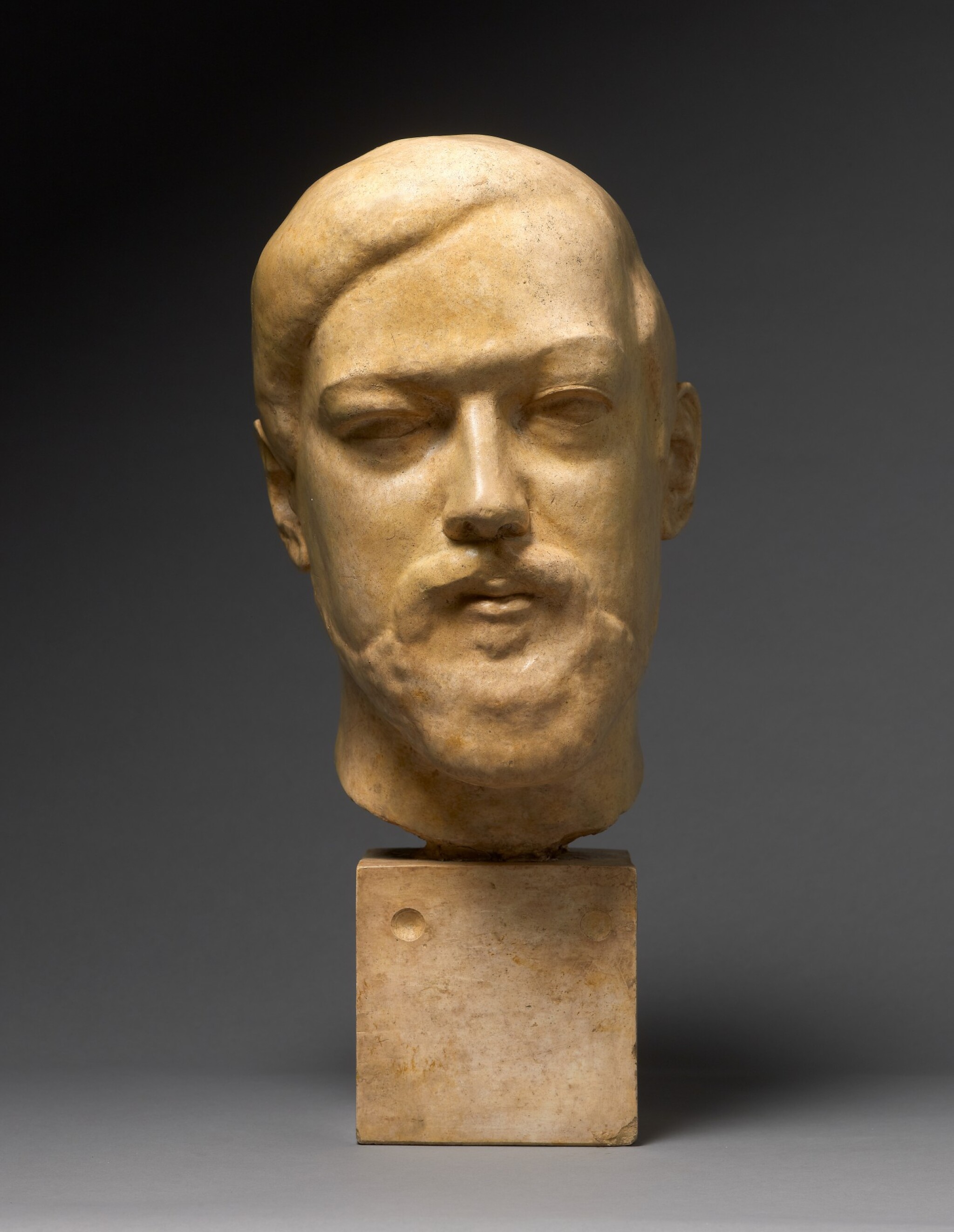 Overall the condition is very good with minor dirt and wear to the surface consistent with age, including some surface scratches. The patination may conceal some condition points. The head has been attached to the base; the joint is probably original. There are a few small chips, notably to the edges and corners of the base. Minor residues, notably to the base.

A self-taught sculptor, François Simecek found his true calling through studying the art of sculptors such as Auguste Rodin, Antoine Bourdelle, and Charles Despiau. This bust of the eminent French composer, Claude Debussy, was created during a flourishing period in Simecek's career, in which he modelled numerous busts of his notable friends, including Elie Faure (1935) and Pablo Picasso (1938). Conceived in 1937, the posthumous portrait of Debussy was cast in a bronze version which is now in the Musée de l'Opéra, Paris. Simecek sought to express his interpretation of Debussy's interior life, as revealed by the man's physical appearance. In his treatise, Masque et visage: architecture de l'esprit (1947), the sculptor uses the bust of Debussy to illustrate his practical instructions for sculptors on how to represent an individual's character by synthesising minutely observed details on the subject's face.

Danny Katz is a great admirer of Claude Debussy's music. His favourite ballet, L'après-midi d'un faune (1912), is set to Debussy's 1894 symphonic poem of the same name.