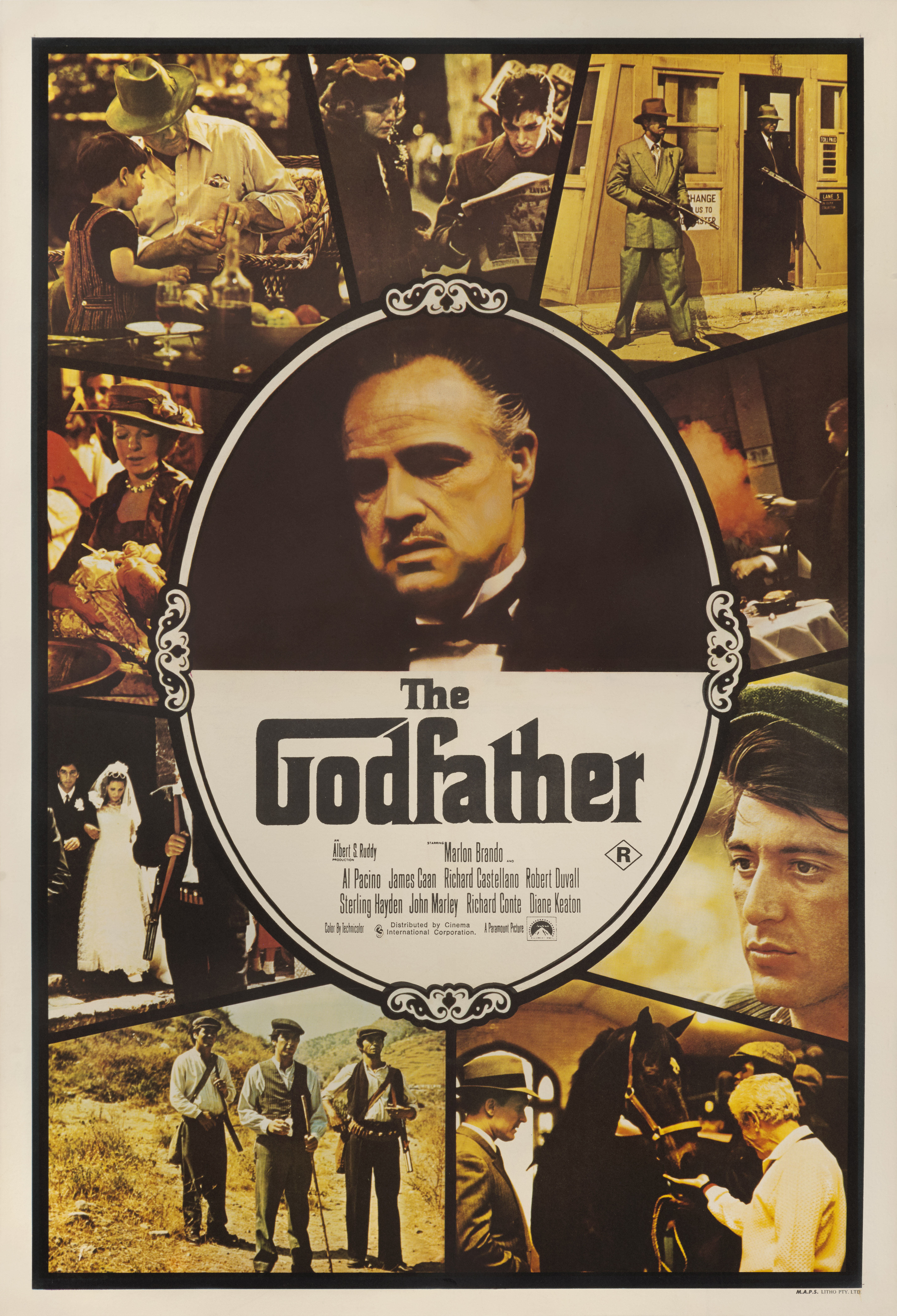 This Australian poster for Francis Ford Coppola's gangster masterpiece starring Marlon Brando, Al Pacino and Robert Duvall, is the only English speaking language poster featuring classic scenes from the film. The American poster only used the puppeteer artwork under Brando's face, and the British poster used a stylised silhouette of Brando.

This is considered one of the greatest films of the 20th century. It picked up seven Oscars, including Best Picture and Best Actor for Marlon Brando.