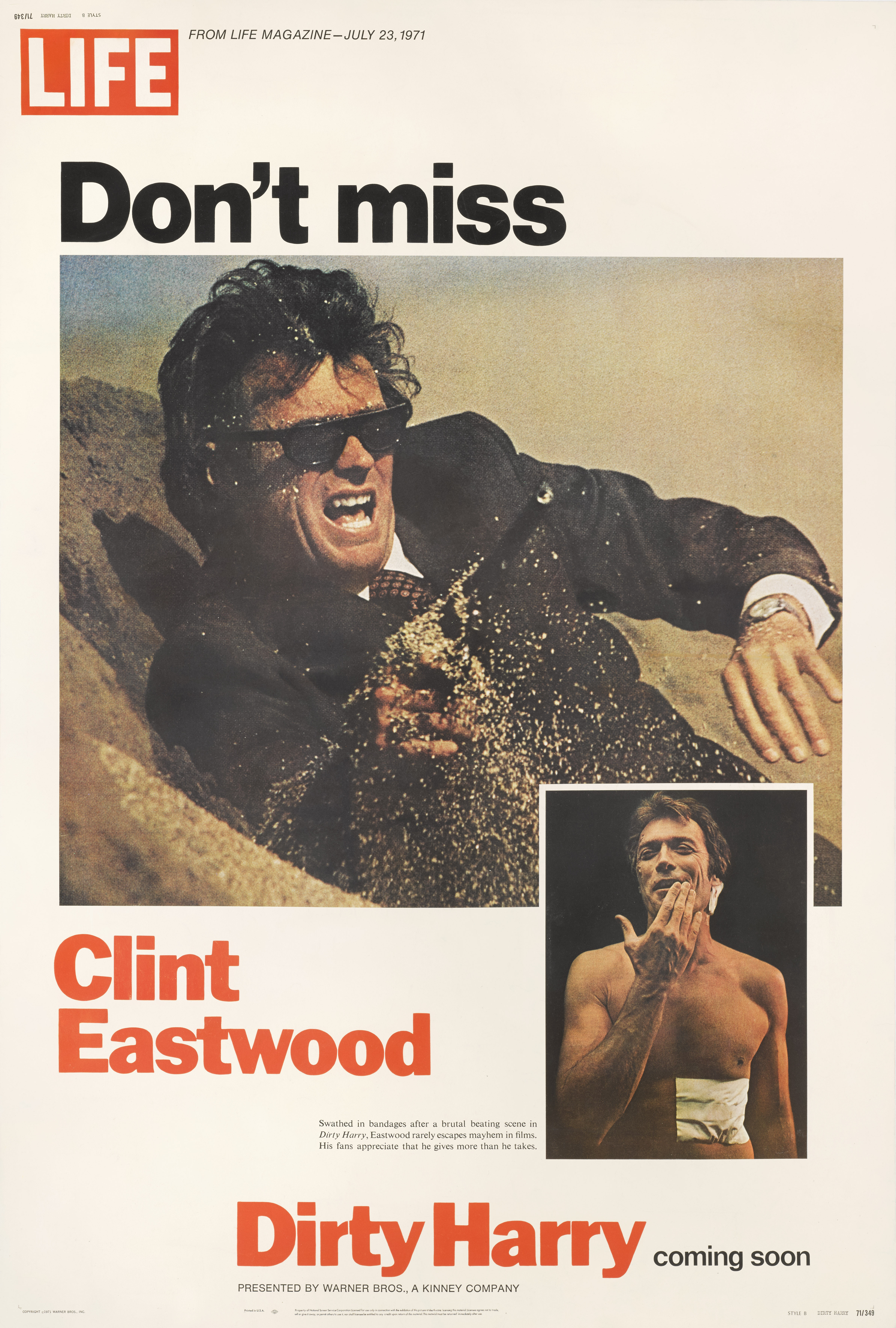 Throughout the 60s and 70s Life Magazine occasionally featured an up-coming film on the cover of an issue, and created a special poster to promote the issue. The design for this poster was only used on this Life Magazine poster. The magazine was published on the 23rd July 1971, five months in advance of the film's release.

One of the rarest posters on this popular title.

This film was produced and directed by Don Siegel, and was the first in the Dirty Harry series. Clint Eastwood plays the title role, in his first outing as San Francisco Police Department Inspector 'Dirty' Harry Callahan.

Excellent condition, with the colours remaining very bright. Minor restoration to a few surface abrasions on the edges of the poster, that do not affect the artwork.