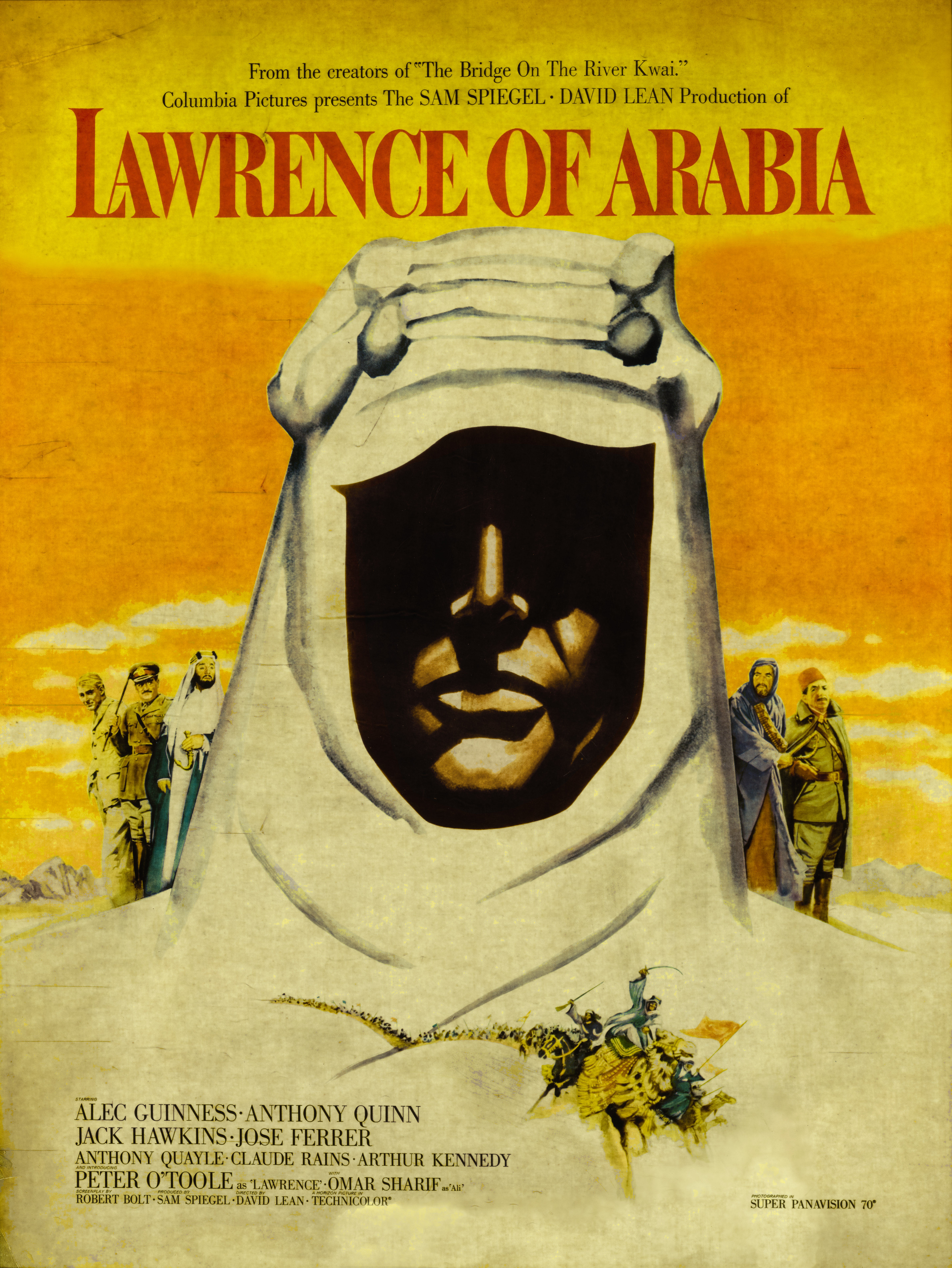 With the rise of television in the 50s and early 60s film studios were rapidly loosing audiences to the convenience and comfort of TV. In an effort to lure viewers back to the cinema, studio turned to innovations such as CinemaScope and 3D, while also attempting to up their game in advertising. This special light-box display for Columbia Pictures' Lawrence of Arabia was one such marketing advancement, and is one of the very first double-sided posters. Though almost identical design to the US Roadshow one sheet, the studio made some very minor colour changes, owing to the fact that this piece would be displayed with light shining through it. The title colour was changed from black to red, and the background colour boosted. A bespoke light-box has been made for this historic piece. This piece comes with a remote control, and EC Declaration of Conformity.

To-date only a couple of these special light-box displays have surfaced. This is probably due to the materials used for their production and their fragility.

This epic British film is based on the life of T. E. Lawrence. It was directed by David Lean and produced by Sam Spiegel. The film stars Peter O'Toole in the title role, together with Alec Guinness, Anthony Quinn and Omar Sharif. It is widely considered one of the greatest and most influential films in the history of cinema. The dramatic score by Maurice Jarre and the Super Panavision 70 cinematography by Freddie Young are also highly acclaimed. It was nominated for ten Academy Awards and won seven. It won four BAFTA awards and five Golden Globes.

Unfolded, double sided and framed in a bespoke light-box

Very good condition. There are a couple of small surface creases, and age discolouration to areas of the cream background.