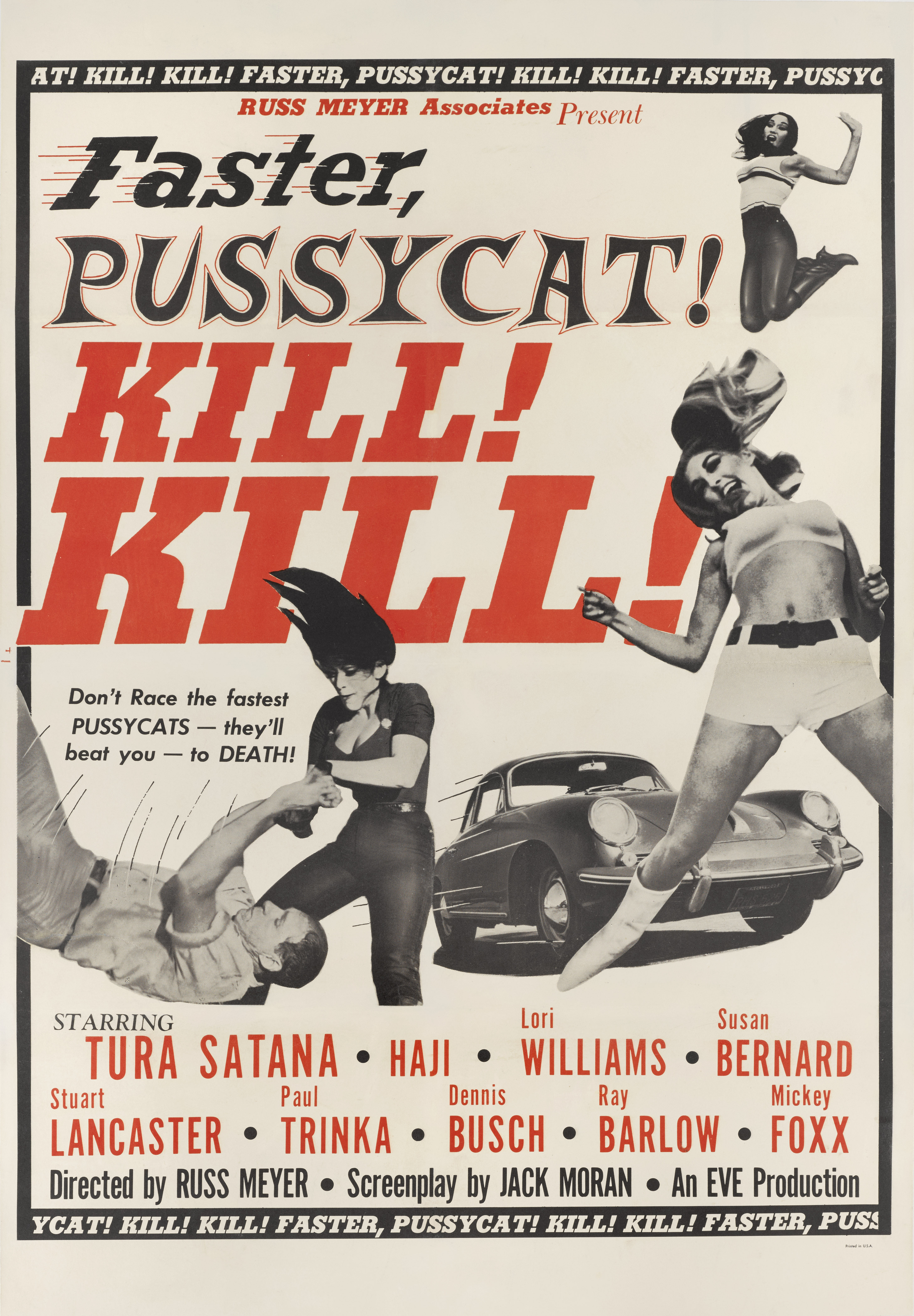 This American exploitation film was directed by Russ Meyer and co-written by Meyer and Jack Moran. The film is about three go-go dancers, who for thrills, murder, kidnap and plot. When the film was released it was a critical and commercial failure, but has since gained status, and has become a cult film.

Excellent condition, with the colours remaining very bright. Very minor restoration to folds. A quarter inch of the white border of the poster has been trimmed from the top and bottom, and an eight of an inch from either side. This does not affect the artwork.