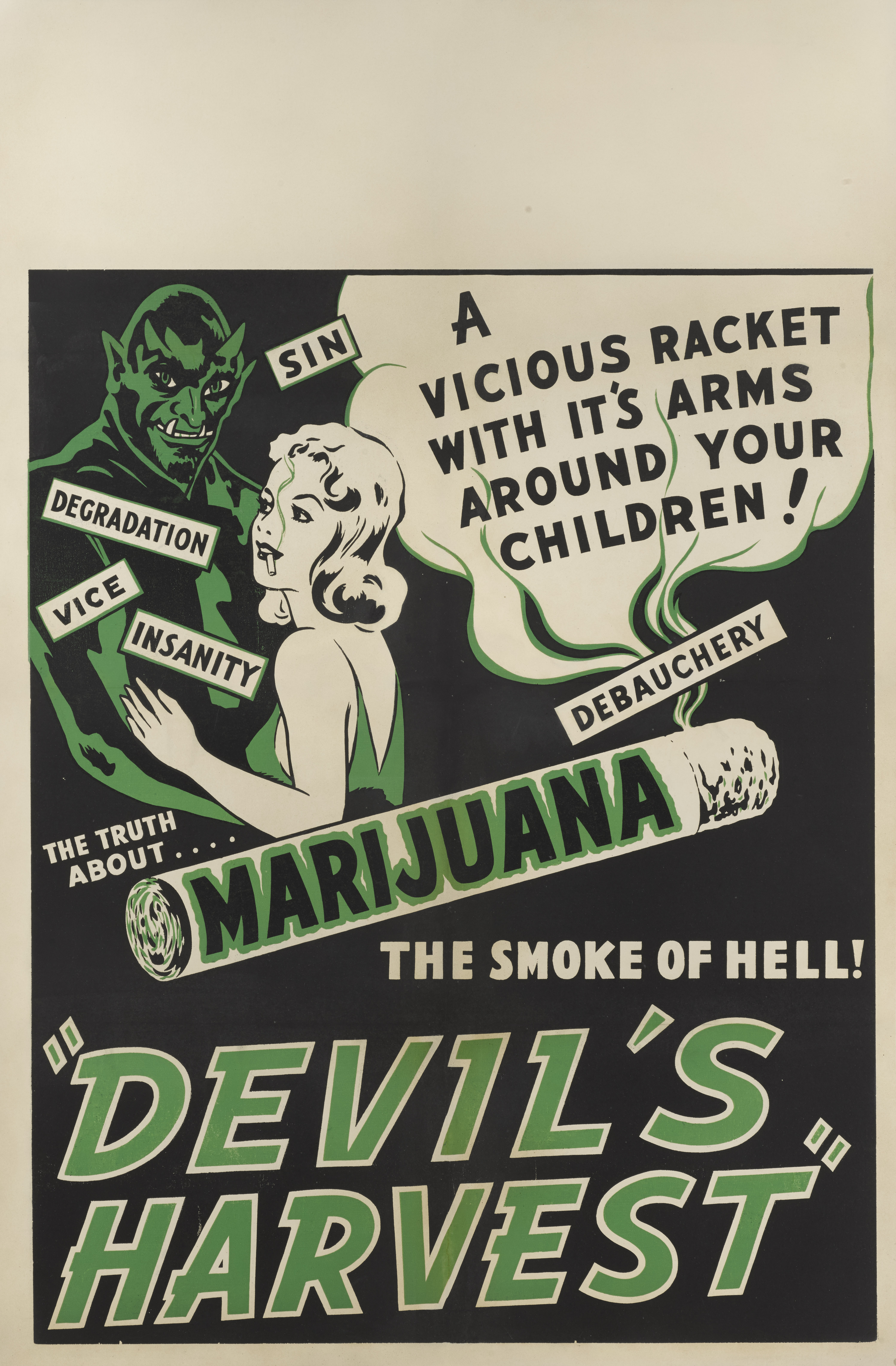 This is one of one of the rarest and sought-after exploitation film posters.

The Motion Picture Production Code (The Hays Code) came into effect in 1934 until 1968. It set out industry guidelines for self-censorship of the content of most American films. During the 1940s exploitation films depended on sensational topics, such as drugs and promiscuous sex. These films were presented from an extremely conservative perspective in order to avoid censorship. This film was released in 1942, and is a classic example of an exploitation film. The film focuses on the evils of marijuana - the smoke of hell.