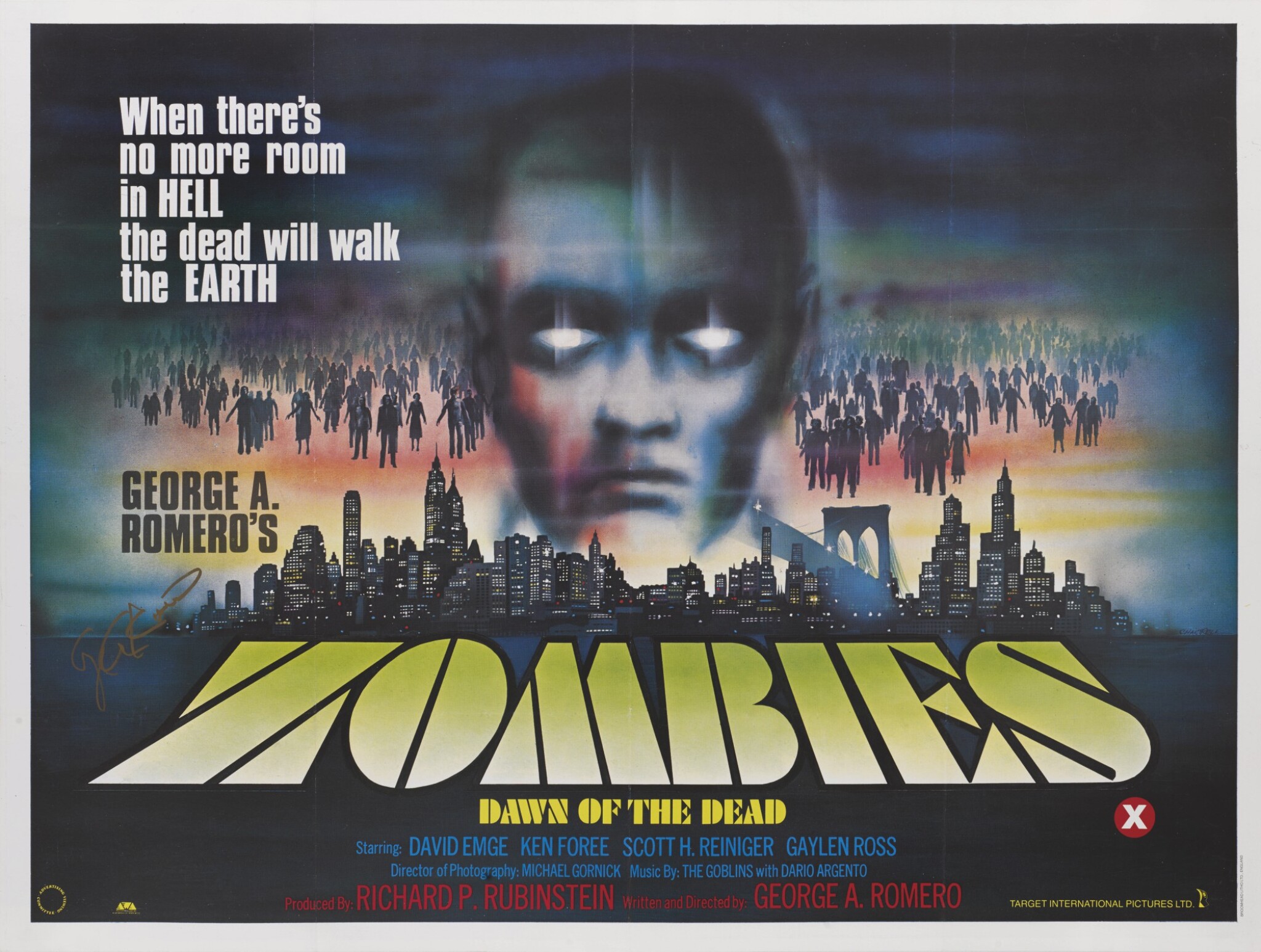 SIGNED BY GEORGE A. ROMERO, DIRECTOR

This film was written and directed by George A. Romero, the godfather of the zombie film. The film stars David Emge, Ken Foree and Scott H. Reiniger. This poster was signed by George A. Romero, the Godfather of zombie films, at a talk about his career at the British Film Festival, London. It is rare for anyone to have an original film poster signed, as the majority of signatures are on pieces of paper, photographs and video/dvd sleeves. It is unusual to have the film's poster with you when you try to obtain signatures.