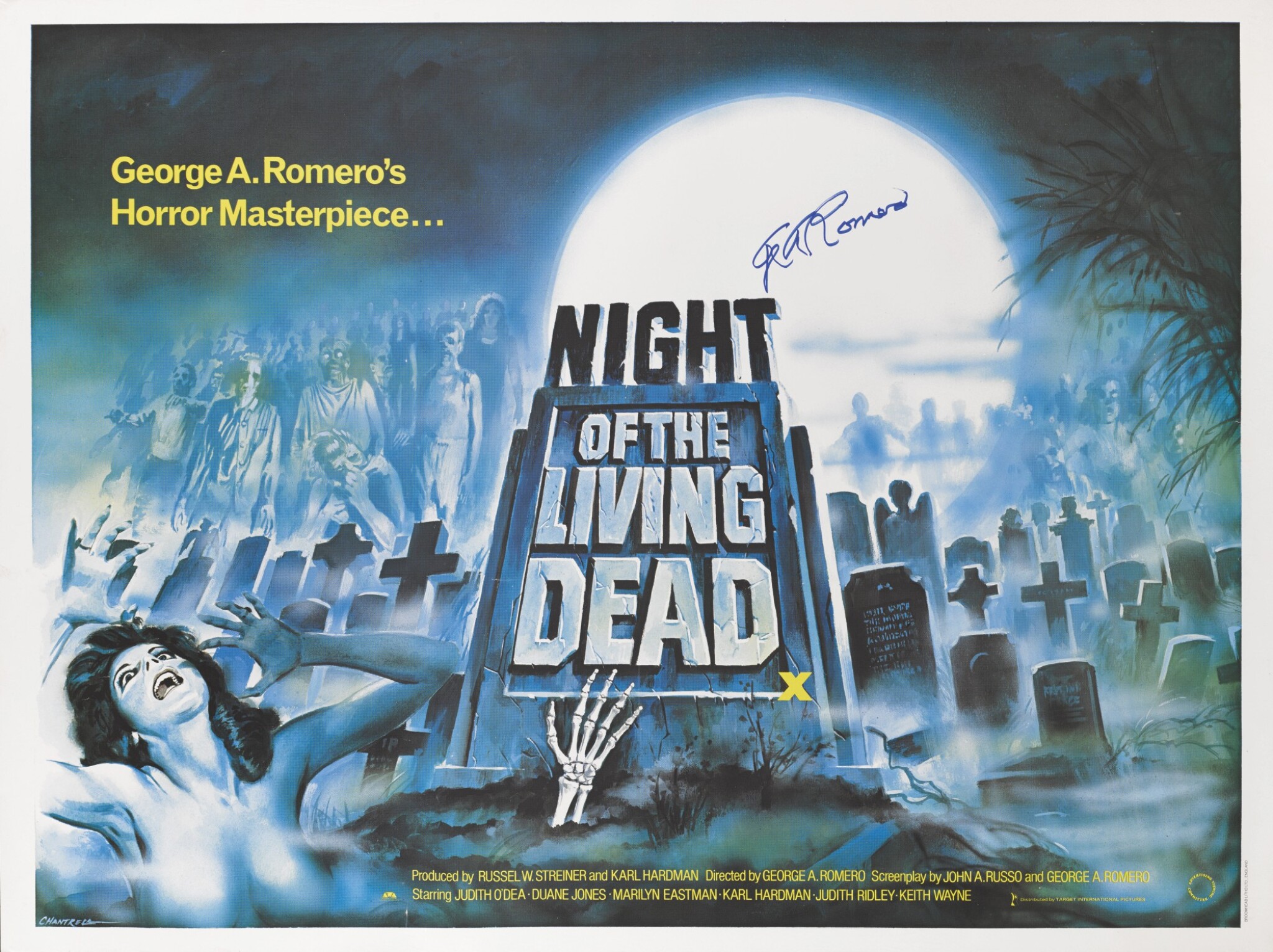 SIGNED BY GEORGE A. ROMERO, DIRECTOR

This film was co-written (with John Russo), directed, photographed and edited by George A. Romero. It stars Duane Jones and Judith O'Dea, in a horror story about a group of seven people, who have barricaded themselves in an old remote farmhouse, to keep away from flesh-eating corpses, who are causing devastation to the East Coast of America. This poster was signed by George A. Romero, the Godfather of zombie films, at a talk about his career at the British Film Festival, London. It is rare for anyone to have an original film poster signed, as the majority of signatures are on pieces of paper, photographs and video/dvd sleeves. It is unusual to have the film's poster with you when you try to obtain signatures.