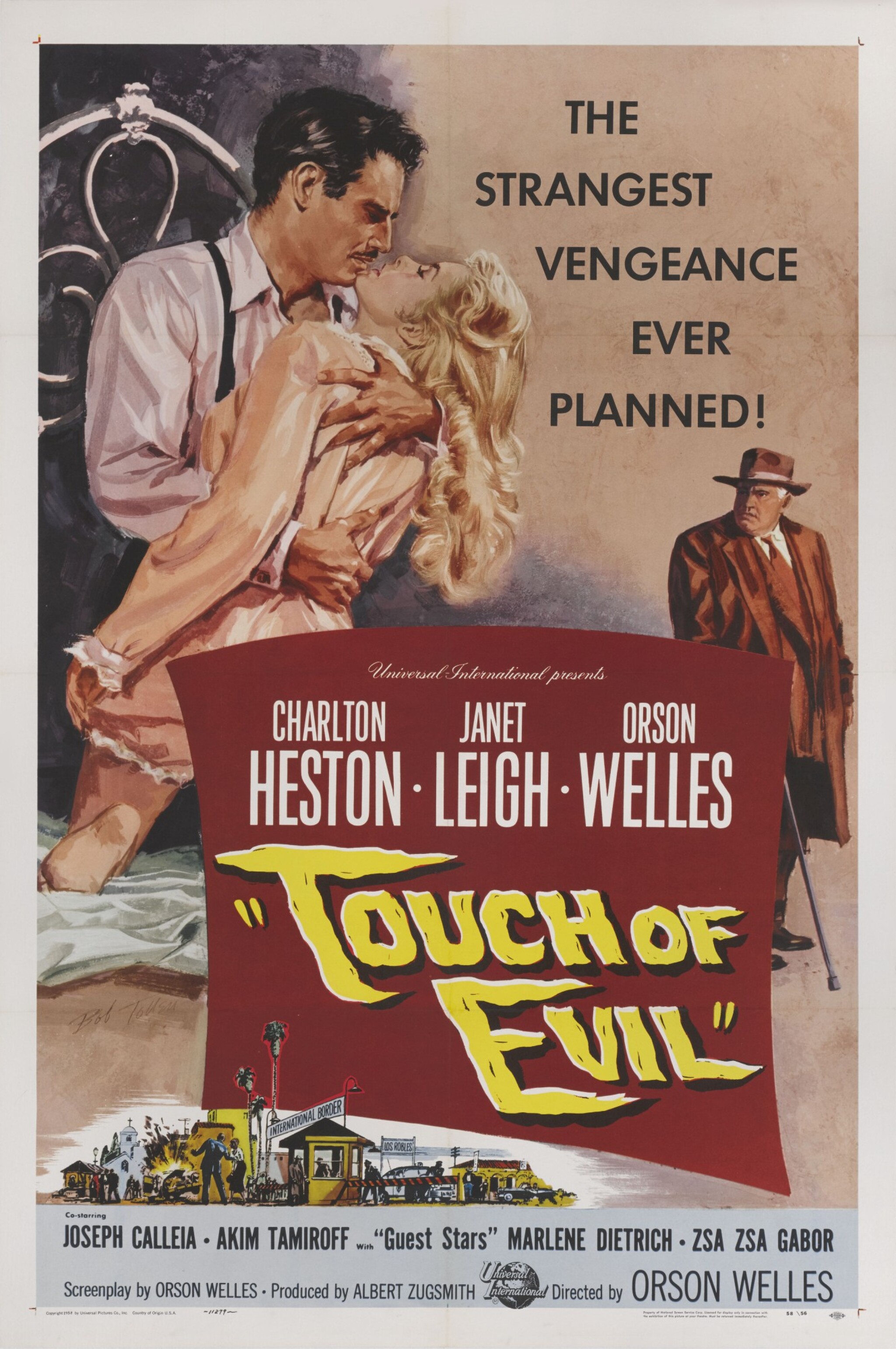 This film noir was written, directed and co-stars Orson Welles. It also stars Charlton Heston, Janet Leigh, Joseph Calleia, Akim Tamiroff, and Marlene Dietrich. The film is one of the last examples of class film noir, and its stature has grown over the years, making it now regarded as one of Welles's best films.