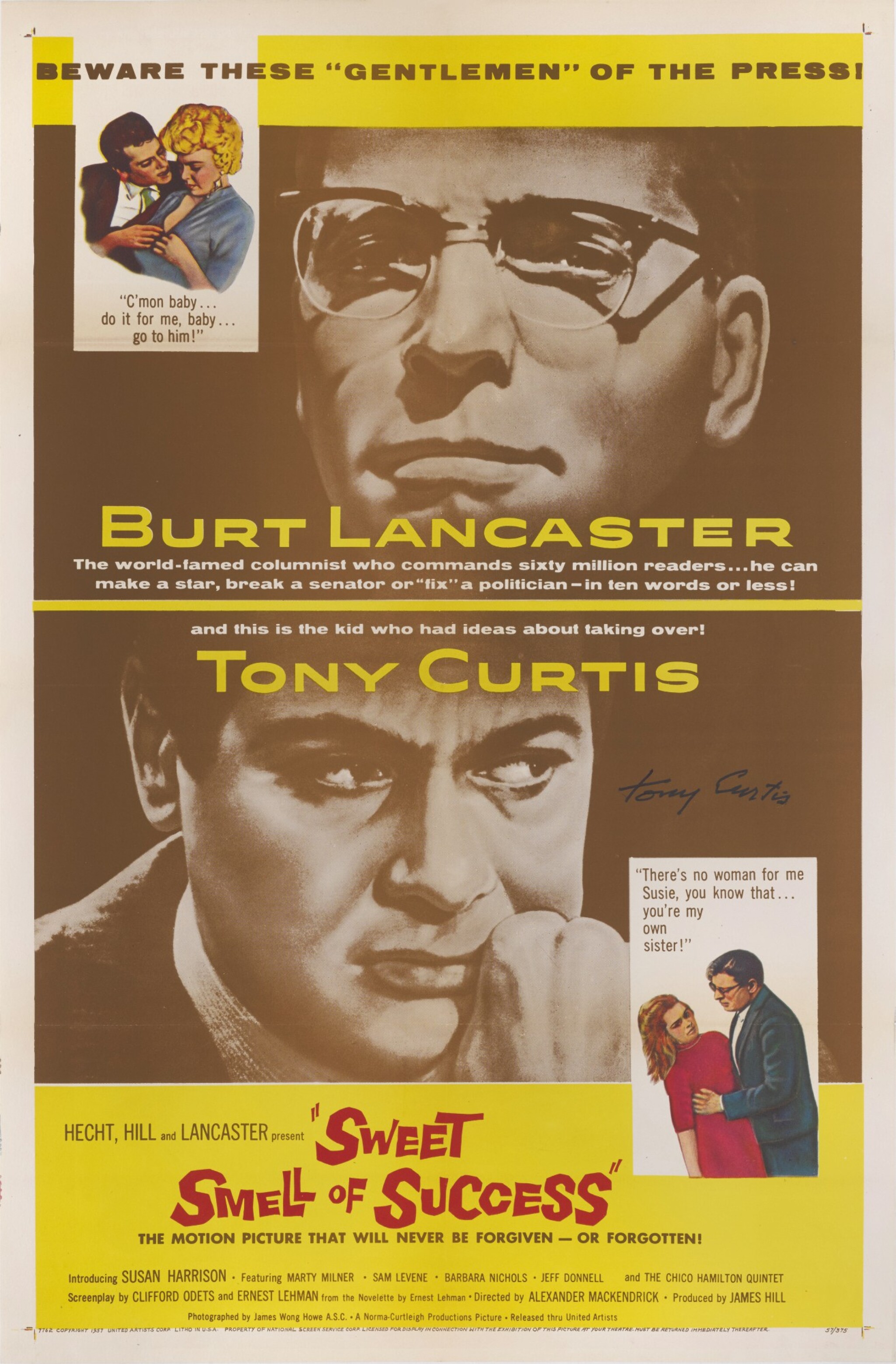 This American film noir was directed by Alexander Mackendrick. The film tells the story of a ruthless newspaper columnist J.J. Hunsecker (Burt Lancaster) who pressurises unethical press agent Sidney Falco (Tony Curtis) into ruining his sister's relationship with a jazz musician, who he feels is undeserving of her. despite its lukewarm reception at the time, it is now highly acclaimed by film critics. This poster was signed by Tony Curtis at a book signing at Harrods. It is rare for anyone to have an original film poster signed, as the majority of signatures are on pieces of paper, photographs and video/dvd sleeves. It is unusual to have the film's poster with you when you try to obtain signatures.