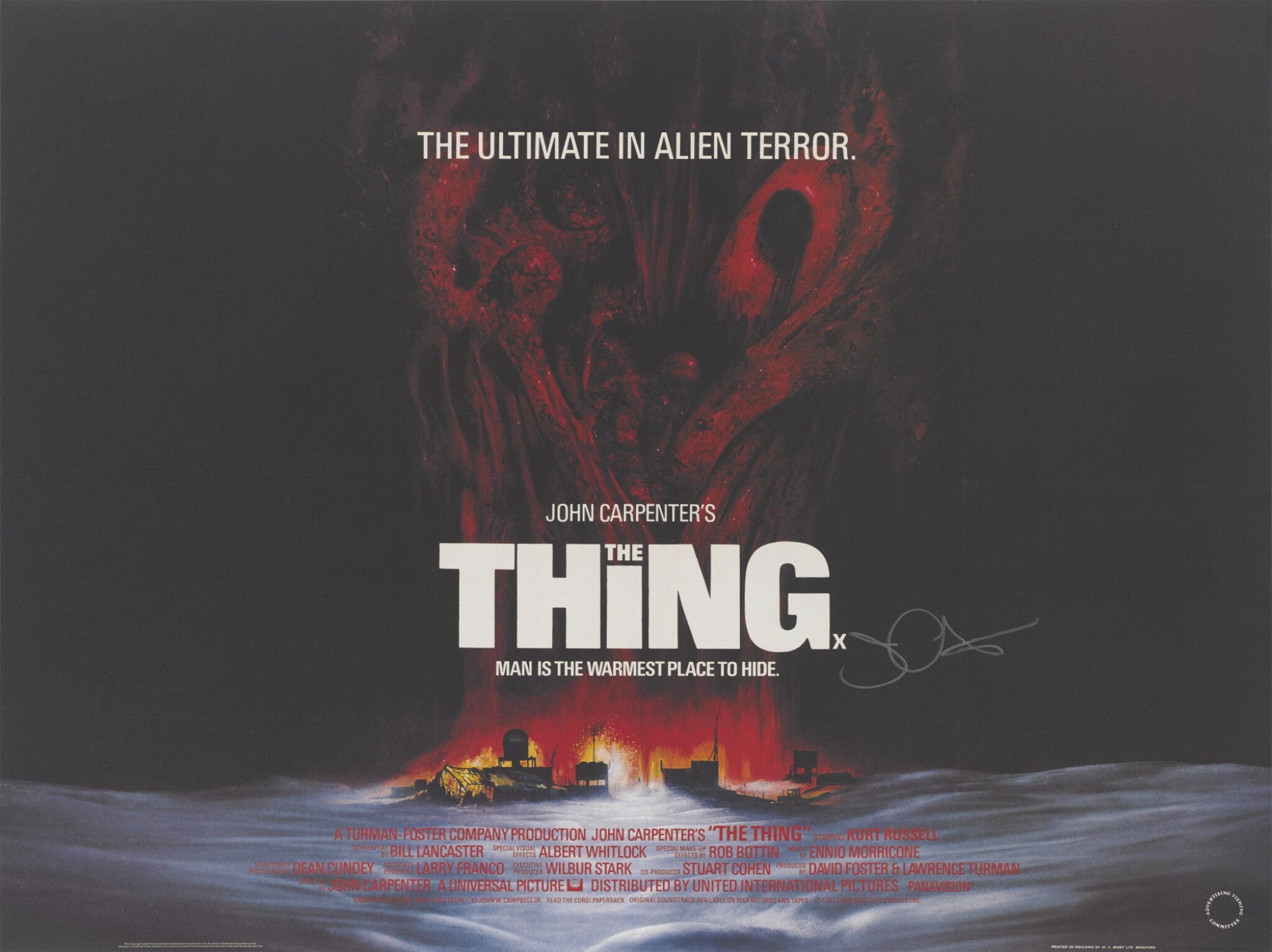 This film was directed by John Carpenter, and stars Kurt Russell, Wilford Brimley and Keith David. It is an adaptation of the 1951 film, A Thing From Another World. This poster was signed by John Carpenter after performing at a Release the Bats Tour concert. It is rare for anyone to have an original film poster signed, as the majority of signatures are on pieces of paper, photographs and video/dvd sleeves. It is unusual to have the film's poster with you when you try to obtain signatures.