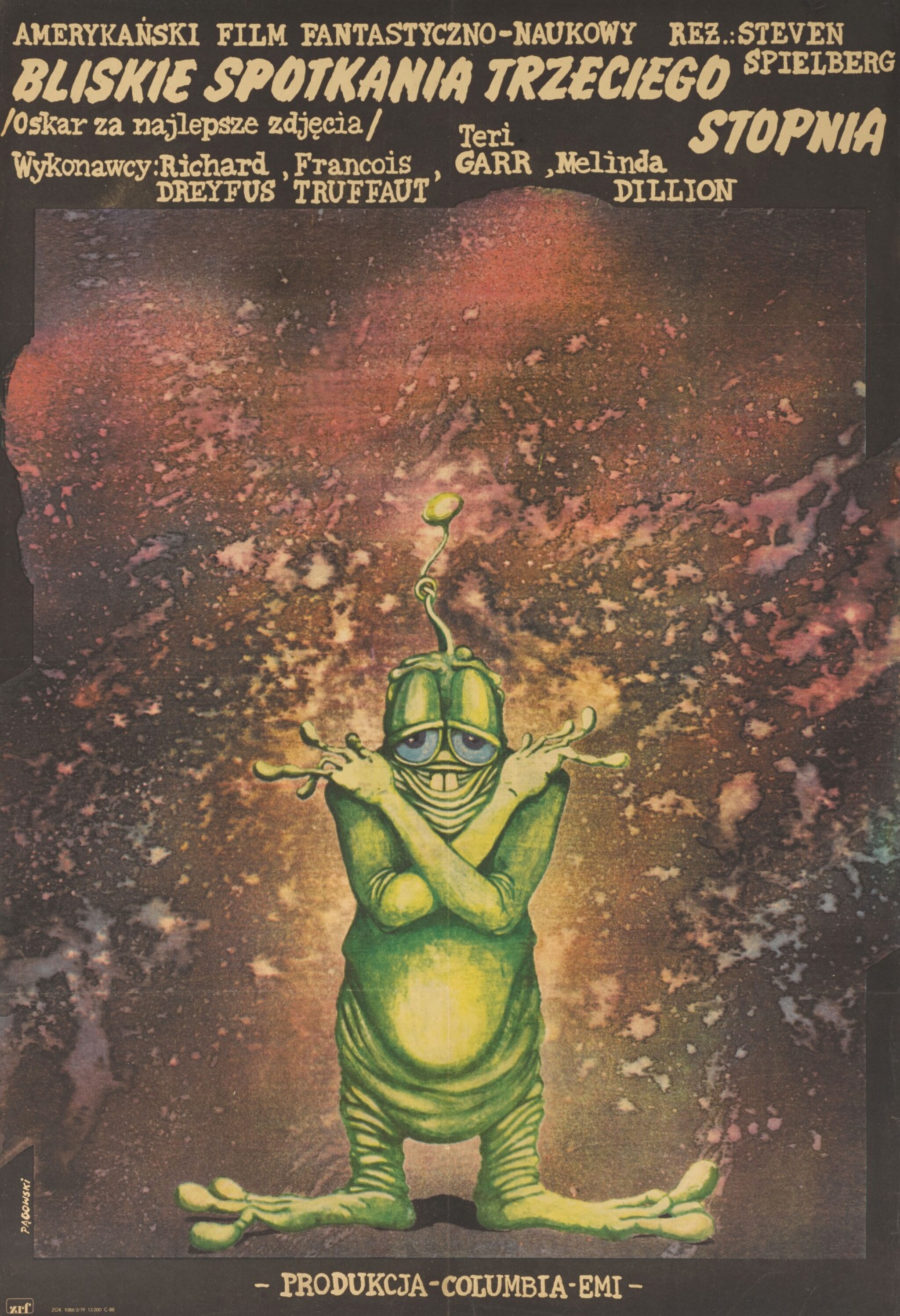 This science fiction film was written and directed by Steven Spielberg; and stars Richard Dreyfuss, Melinda Dillon, Teri Garr, Bob Balaban, Cary Guffey and François Truffaut. A regular guy, Roy Neary's life changes after an encounter with a UFO. The score for the film was composed, conducted and produced by John Williams, who had worked with Spielberg on Jaws (1975). Williams wrote over three hundred examples of the iconic five-note tonal phrase for Spielberg to choose from, and which was incorporated into the film's signature eerie theme.