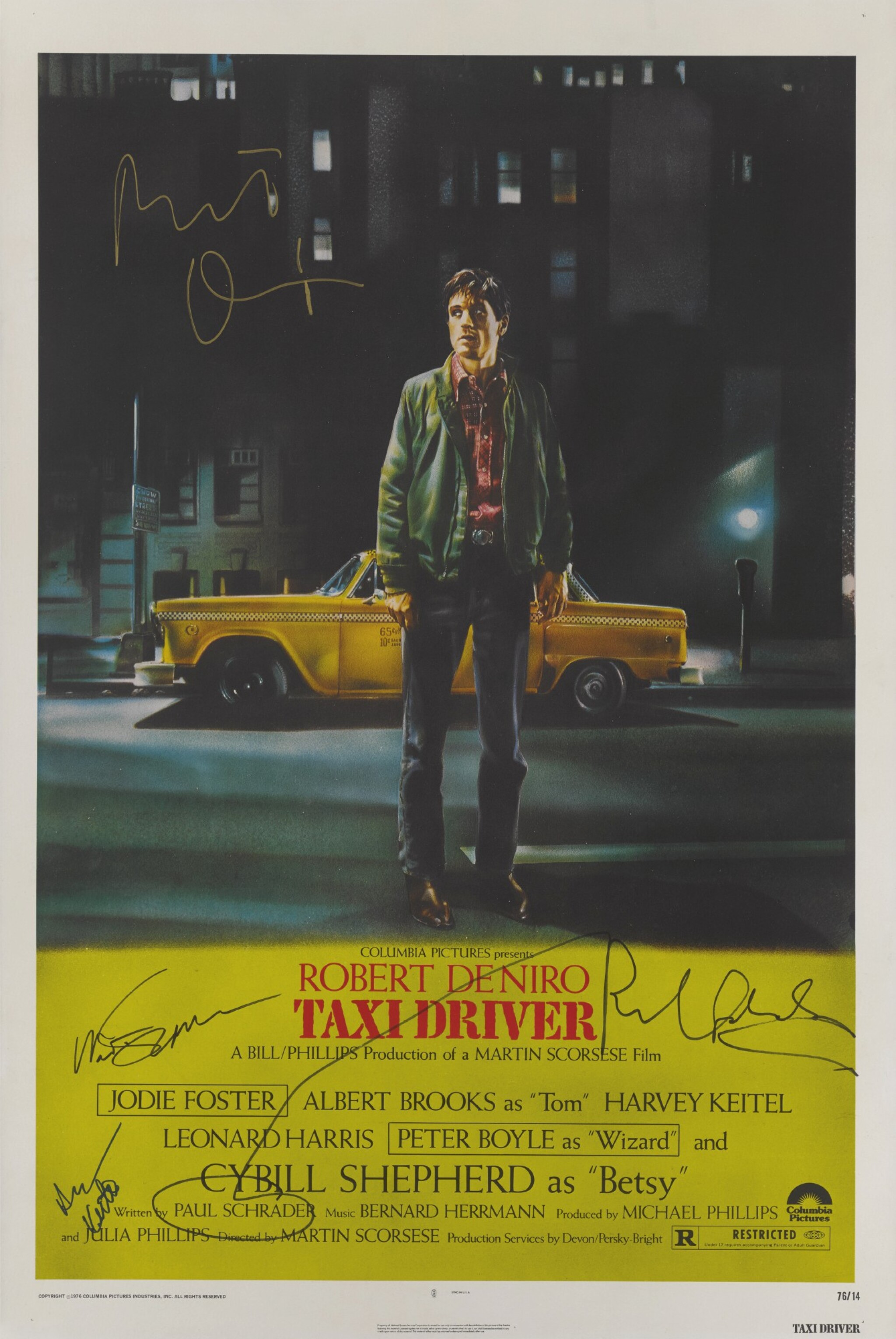 This cult film was directed by Martin Scorsese and written by Paul Schrader. It was the second time that the director and Robert De Niro worked together, a collaboration that has to-date produced a total of nine feature films, including 2019’s The Irishman.

To get any of the major stars to sign a film poster is quite an achievement. This poster is quite amazing, as it has been signed by the director, screenwriter and leading stars. This poster was signed by Martin Scorcese, Robert De Niro and Harvey Keitel at the premiere of The Irishman. Paul Schrader signed the poster after giving a masterclass on writing at BAFTA, London. It is rare for anyone to have an original film poster signed, as the majority of signatures are on pieces of paper, photographs and video/dvd sleeves. It is unusual to have the film's poster with you when you try to obtain signatures.