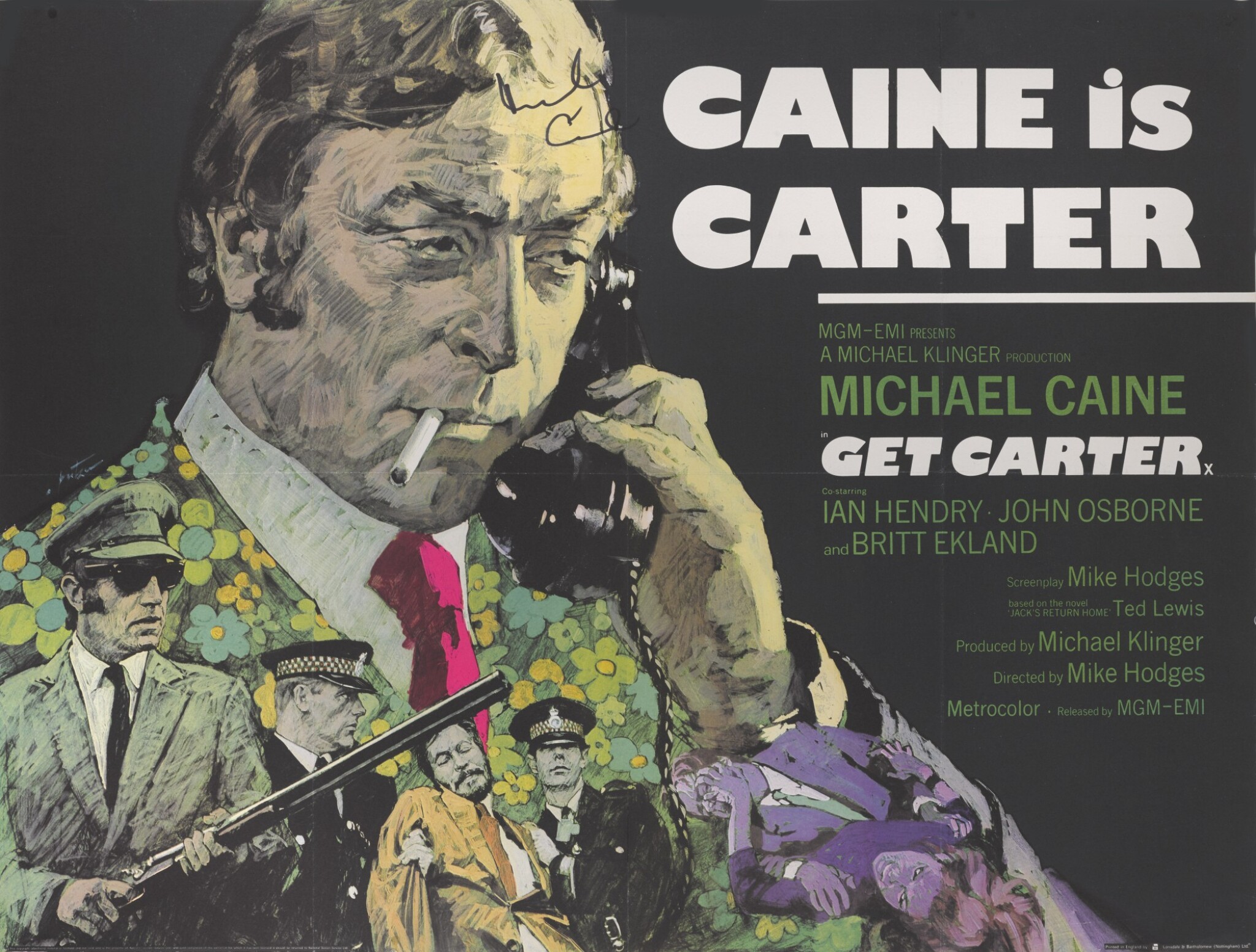 Get Carter is one of Michael Caine's most famous roles, where he plays the gritty London gangster, Jack Carter. This 70s masterpiece, by Arnaldo Putzu, has become the most sought-after Michael Caine poster, and this one is even more desirable as it is signed by Michael Caine. Mr. Sohal met Michael Caine at the premiere of Batman: Dark Knight. Michael Caine saw the poster from a distance and came over and said that he had to sign it! It is rare for anyone to have an original film poster signed, as the majority of signatures are on pieces of paper, photographs and video/dvd sleeves. It is unusual to have the film's poster with you when you try to obtain signatures.