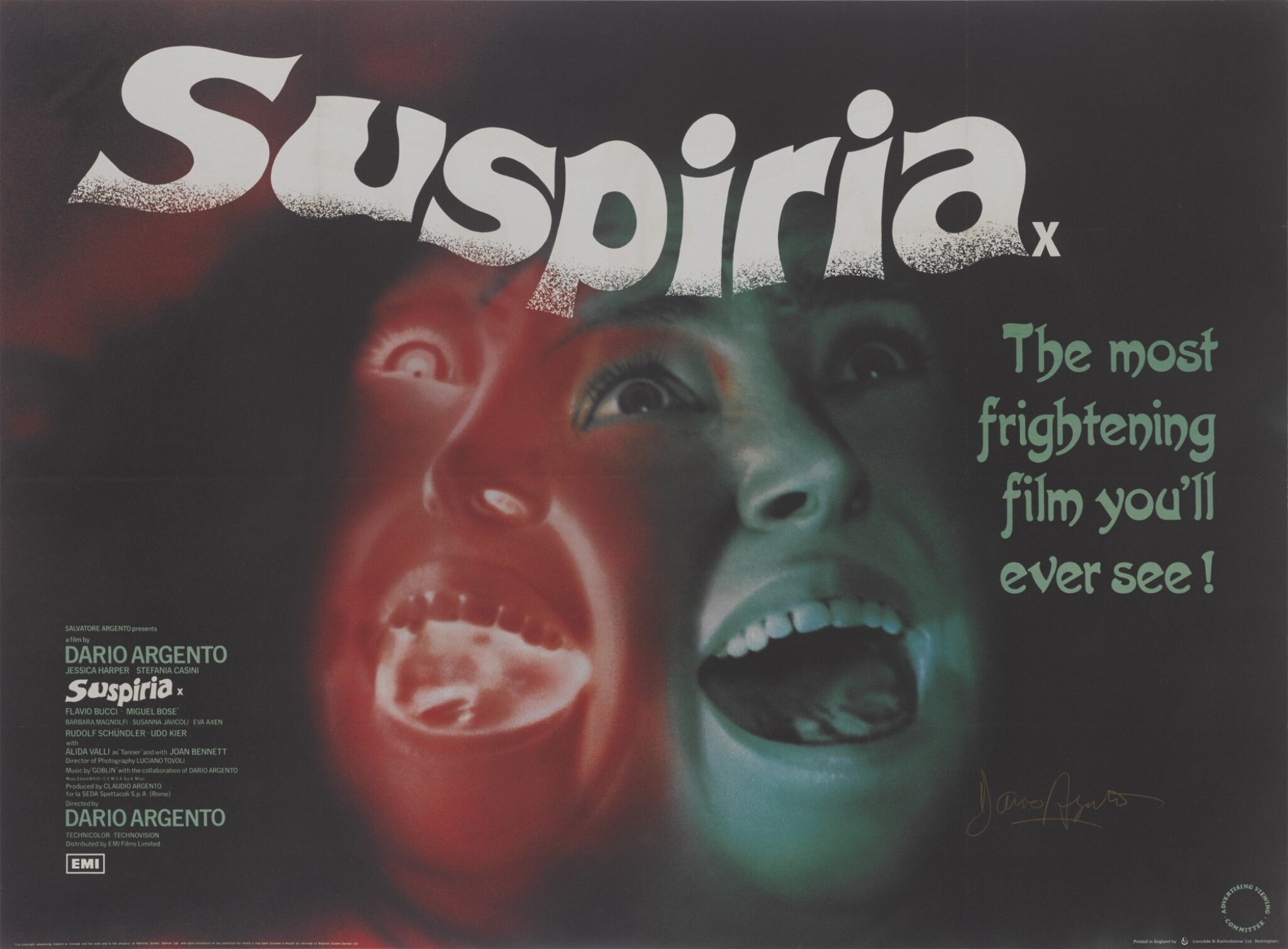 This film was directed by Dario Argento and written by Argento and Daria Nicolodi. The film stars Jessica Harper, Stefania Casini and Flavio Bucci. After a spate of horrid murders, it becomes clear that a world-renowned German ballet company are at the centre of something threatening. This poster was signed by Dario Agento at the British Film Festival. It is rare for anyone to have an original film poster signed, as the majority of signatures are on pieces of paper, photographs and video/dvd sleeves. It is unusual to have the film's poster with you when you try to obtain signatures.