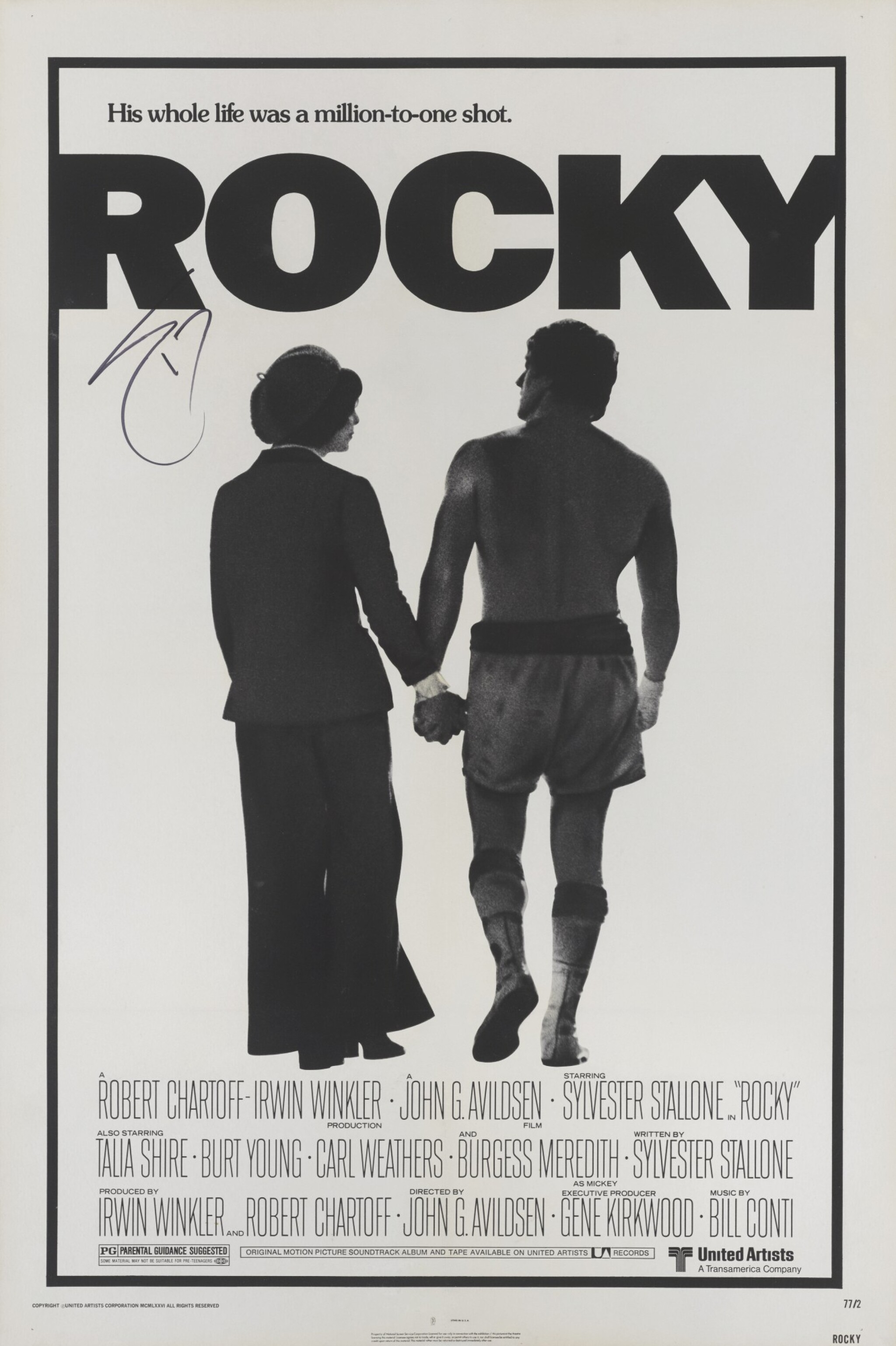 This boxing film was directed by John G. Avildsen and written by Sylvester Stallone, Stallone also played the title role as Rocky Balboa. The film also stars Talia Shire and Burt Young. It was the first of all the Rocky films, and paved the way for a hugely successful franchise. The film won Oscars for Best Picture, Best Director and Best Film Editing. This poster was signed by Sylvester Stallone at the Rocky 5 premiere in London's Leicester Square. It is rare for anyone to have an original film poster signed, as the majority of signatures are on pieces of paper, photographs and video/dvd sleeves. It is unusual to have the film's poster with you when you try to obtain signatures.