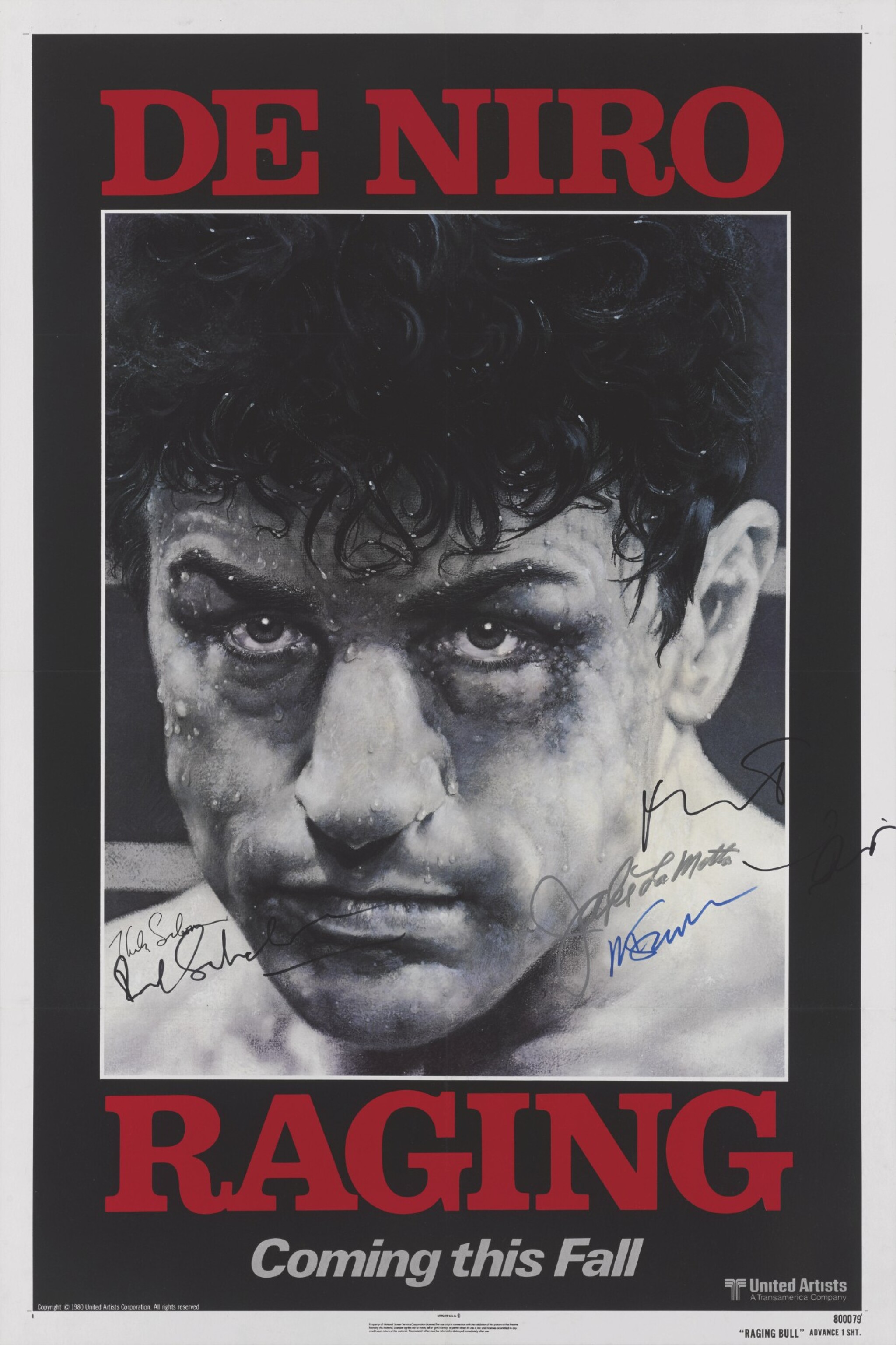 Art by Kunio Hagio (b. 1947) and designed by Merv Block and Larry Lurin

This biographical film was directed by Martin Scorsese, and was based on Jake LaMotta's memoir Raging Bull: My Story. The film stars Robert De Niro as Jake LaMotta, Cathy Moriarty and Joe Pesci. It shows the life of boxer, Jake LaMotta, and how what made him a world champion, also destroyed his relationship with his wife and family. When Martin Scorsese signed this Raging Bull poster he was really impressed. He told Mr. Sohal that he hardly ever signs anything. When he met the great Jake La Motta, he praised Robert De Niro’s performance, and said that he could have turned pro, and that he was a fighting machine. Robert De Niro said to Mr. Sohal ‘kid it must have taken you a long time to get everyone on this poster’, and when I showed him Jake La Motta’s signature he said ‘may god rest his soul’. It is rare for anyone to have an original film poster signed, as the majority of signatures are on pieces of paper, photographs and video/dvd sleeves. It is unusual to have the film's poster with you when you try to obtain signatures. It is amazing to have so many important signatures on one piece, including the legendary boxer Jake LaMotta.