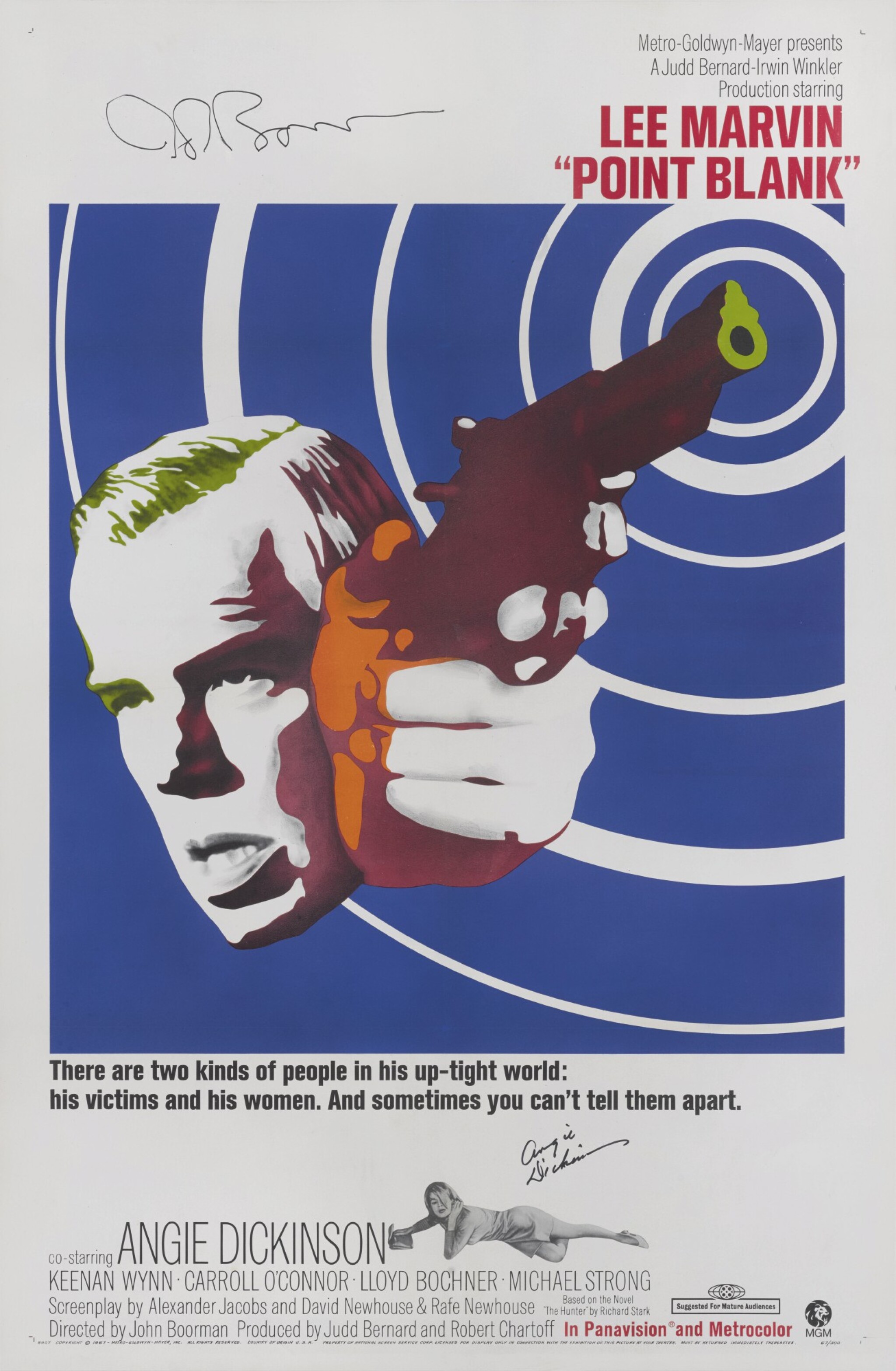 This film was directed by John Boorman at Lee Marvin's request, and stars Marvin, Angie Dickinson and Keenan Wynn. This film was not a box-office success at the time of release, but has gone on to become a cult classic.

This poster was signed by John Boorman at the BFI, London, where he gave a talk about his career. Angie Dickinson signed it at a private signing. It is rare for anyone to have an original film poster signed, as the majority of signatures are on pieces of paper, photographs and video/dvd sleeves. It is unusual to have the film's poster with you when you try to obtain signatures.