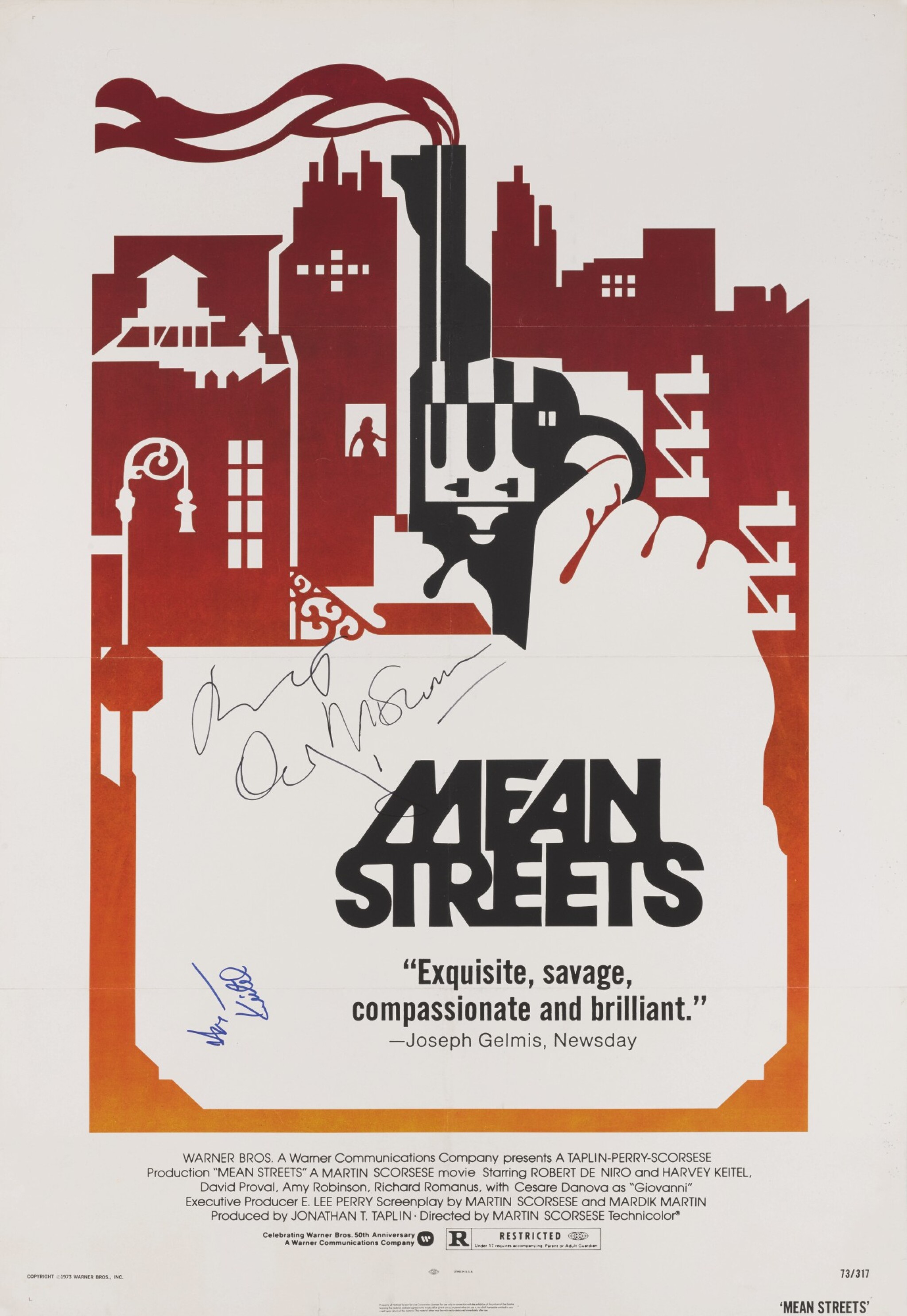 To get any of the major stars to sign a film poster is quite an achievement. This poster is quite amazing, as it has been signed by the director and leading stars. This poster was signed by Martin Scorcese at the premiere of Hugo in London's Leicester Square, Robert De Niro at the BFI, London, and Harvey Keitel at a press launch. It is rare for anyone to have an original film poster signed, as the majority of signatures are on pieces of paper, photographs and video/dvd sleeves. It is unusual to have the film's poster with you when you try to obtain signatures.

Linen-backed. Very good condition, with the colours remaining very bright. There are a few small surface creases, and some small marks along the right-hand edge which do not affect the main artwork.