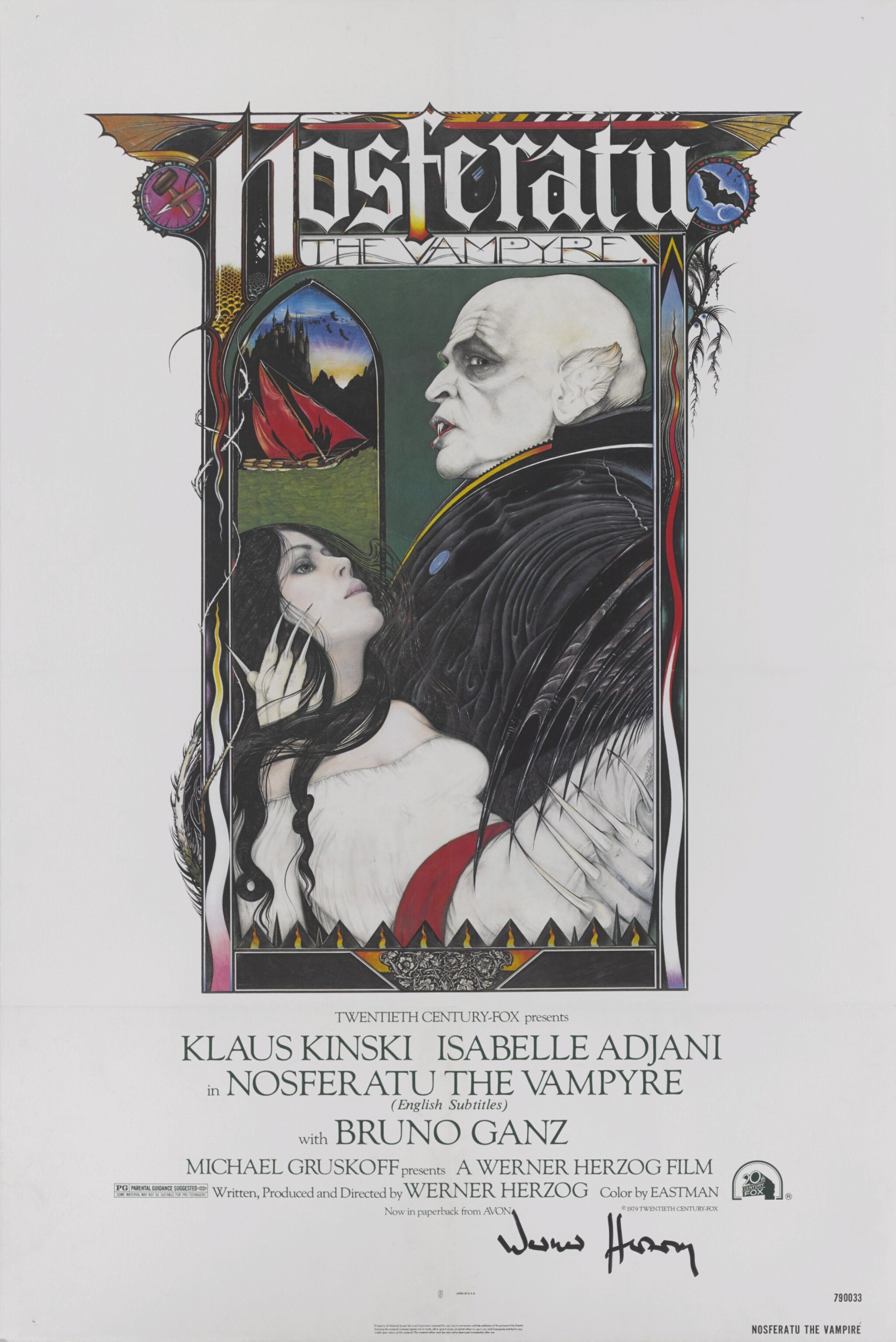 This horror film was written and directed by Werner Herzog, and stars Klaus Kinski, Isabelle Adjani and Bruno Gan. Estate agent, Jonathan Harker is sent to Count Dracula's castle in Transylvania to sell him a house in his home town of Wismar. Seeing a photograph of Harker's wife, and being the blood thirsty creature that we all know, Dracula moves to Wismar, bringing with him the Black Plague and death. Two different versions of this film were made - one in English and one in German.

Mr. Sohal had this poster signed when he met Werner Herzog on the release of his film Lo and Behold at the London Film Festival. It is rare for anyone to have an original film poster signed, as the majority of signatures are on pieces of paper, photographs and video/dvd sleeves. It is unusual to have the film's poster with you when you try to obtain signatures.