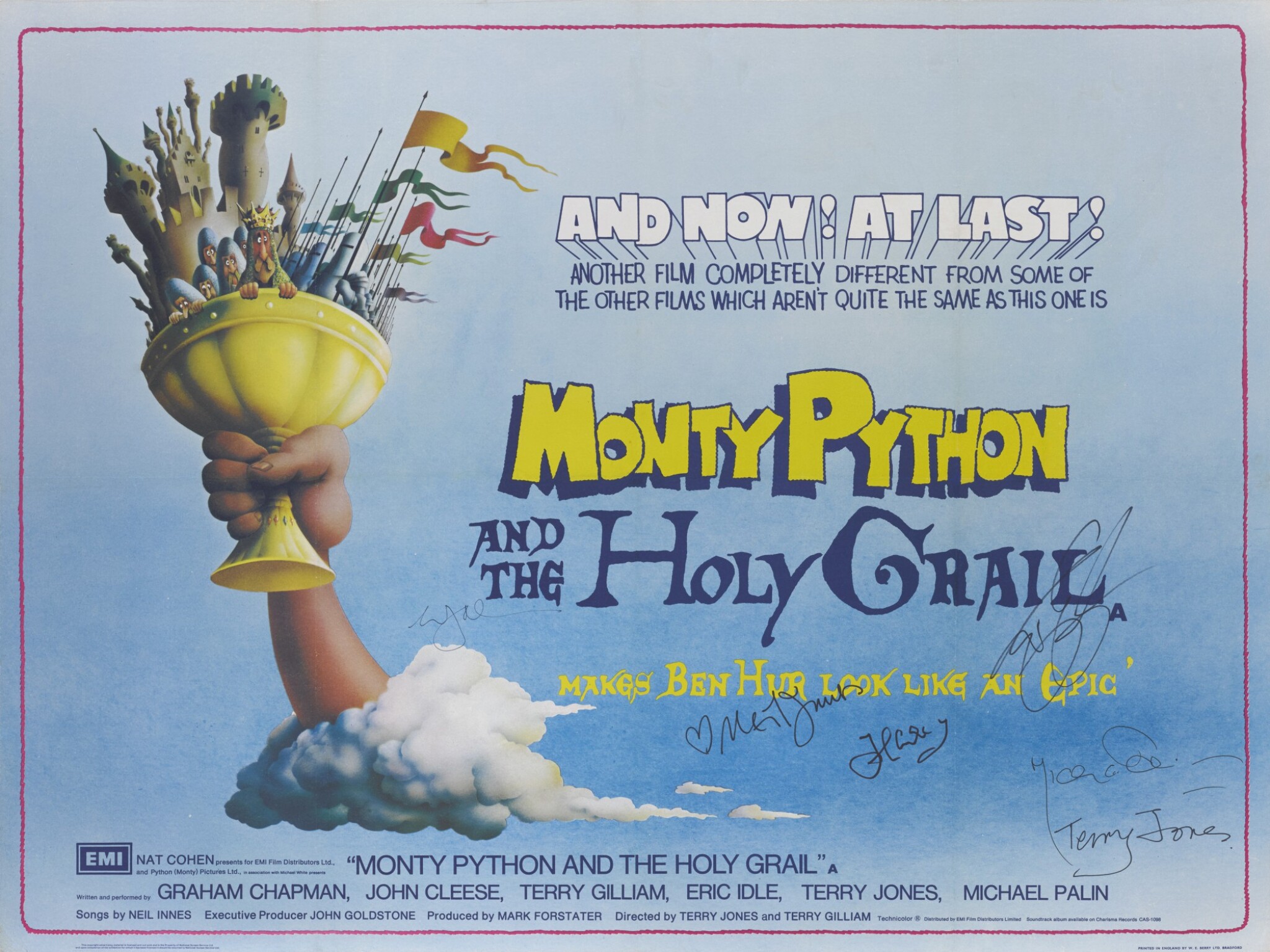 Monty Python and the Holy Grail was written and performed by the legendary comedy group Monty Python - Graham Chapman, John Cleese, Terry Gilliam, Eric Idle, Terry Jones, and Michael Palin. This poster was signed by John Cleese, Terry Gilliam, Terry Jones and Neil Innes at a special screening of this film at the BFI, London. Eric Idle and Michael Palin added their signatures at a book signing. It is rare for anyone to have an original film poster signed, as the majority of signatures are on pieces of paper, photographs and video/dvd sleeves. It is unusual to have the film's poster with you when you try to obtain signatures.