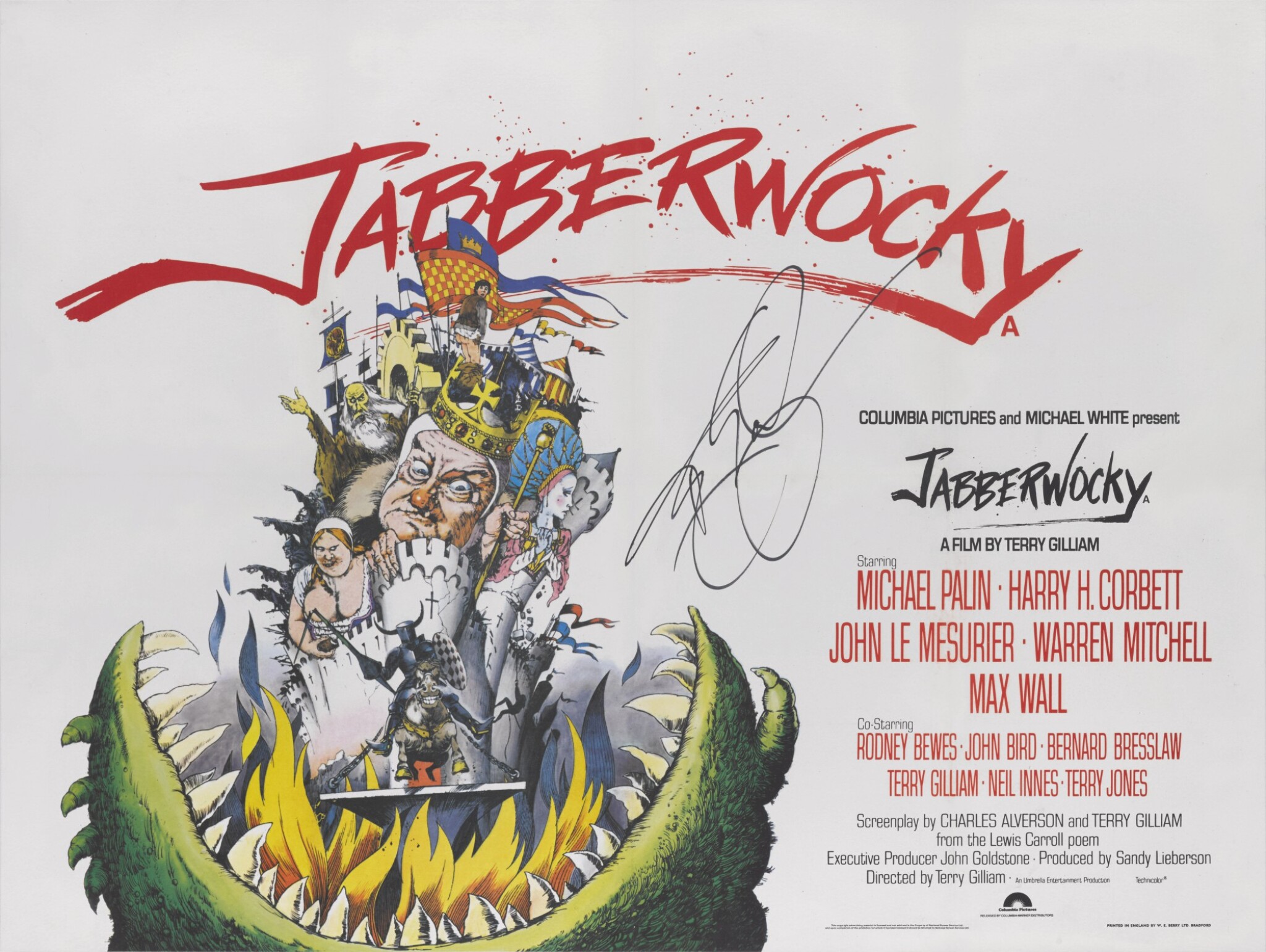 This British comedy was directed by Terry Gilliam. The film stars Michael Palin, Harry H. Corbett and John Le Mesurier. Palin plays the clumsy young Dennis Cooper, who is mistaken as the kingdom's only hope in saving the entire kingdom from a terrible dragon called Jabberwocky. Cooper has to undertake a number of adventures in order to defeat the monster. The film is a similar style to Monty Python and the Holy Grail, which Gilliam also worked on, and is very Python-esque.

This poster was signed by Terry Gilliam at the BFI, London, during the screening of Time Bandits. It is rare for anyone to have an original film poster signed, as the majority of signatures are on pieces of paper, photographs and video/dvd sleeves. It is unusual to have the film's poster with you when you try to obtain signatures.