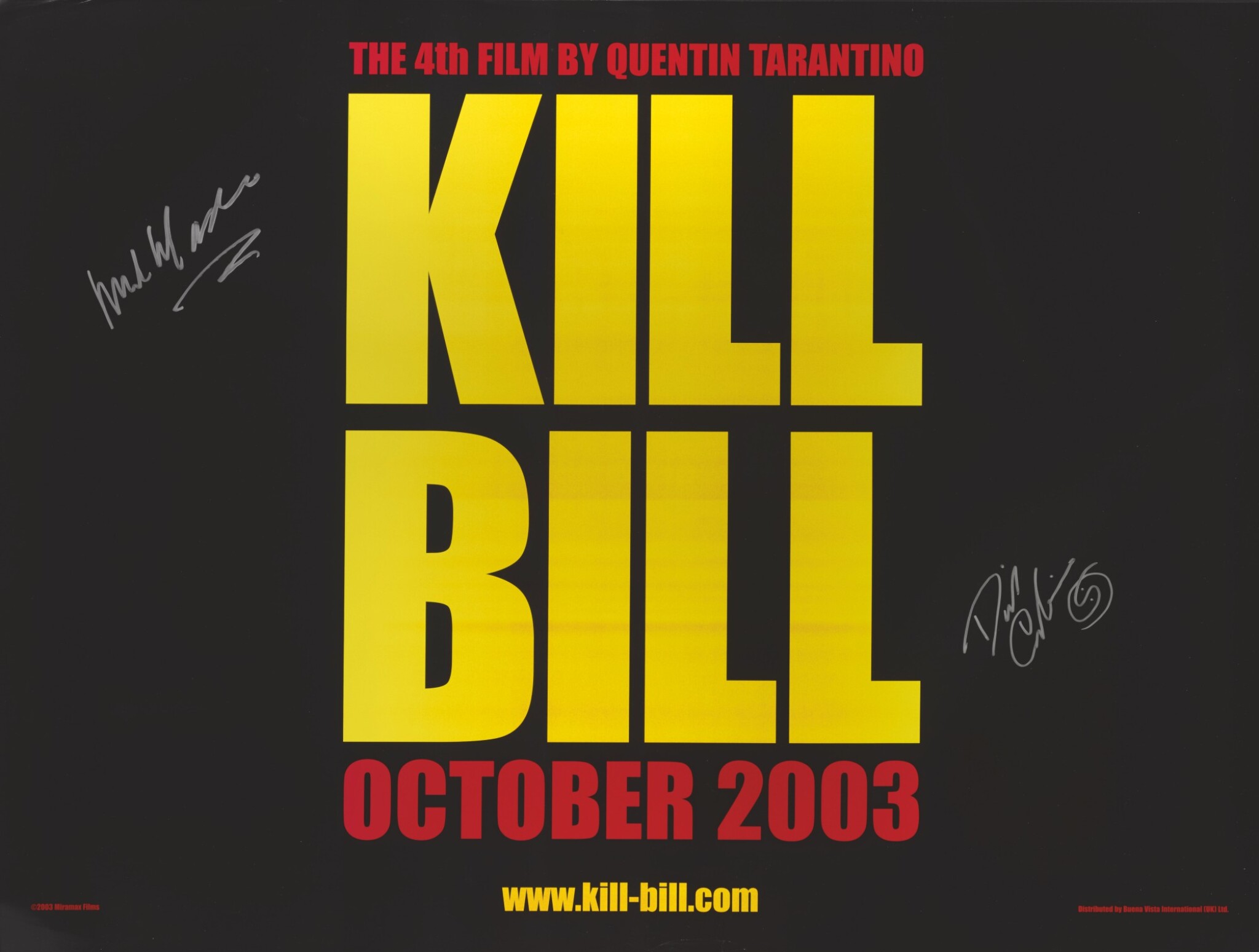 This film was written and directed by Quentin Tarantino. It stars Uma Thurman, as a former assassin - The Bride, who has woken up from a coma that she has been in for four years and takes revenge on those assassins who betrayed her. The cast also includes Lucy Liu, Vivica A. Fox, Daryl Hannah, Michael Madsen and David Carradine. This film was the first of two Kill Bill films, that were made in a single production. The intention was to release them as a single release, but as the running time is over four hours, they had to be split.

This poster was signed by David Carradine and Michael Madsen at the premiere of Kill Bill: Volume 1 in London's Leicester Square. It is rare for anyone to have an original film poster signed, as the majority of signatures are on pieces of paper, photographs and video/dvd sleeves. It is unusual to have the film's poster with you when you try to obtain signatures.