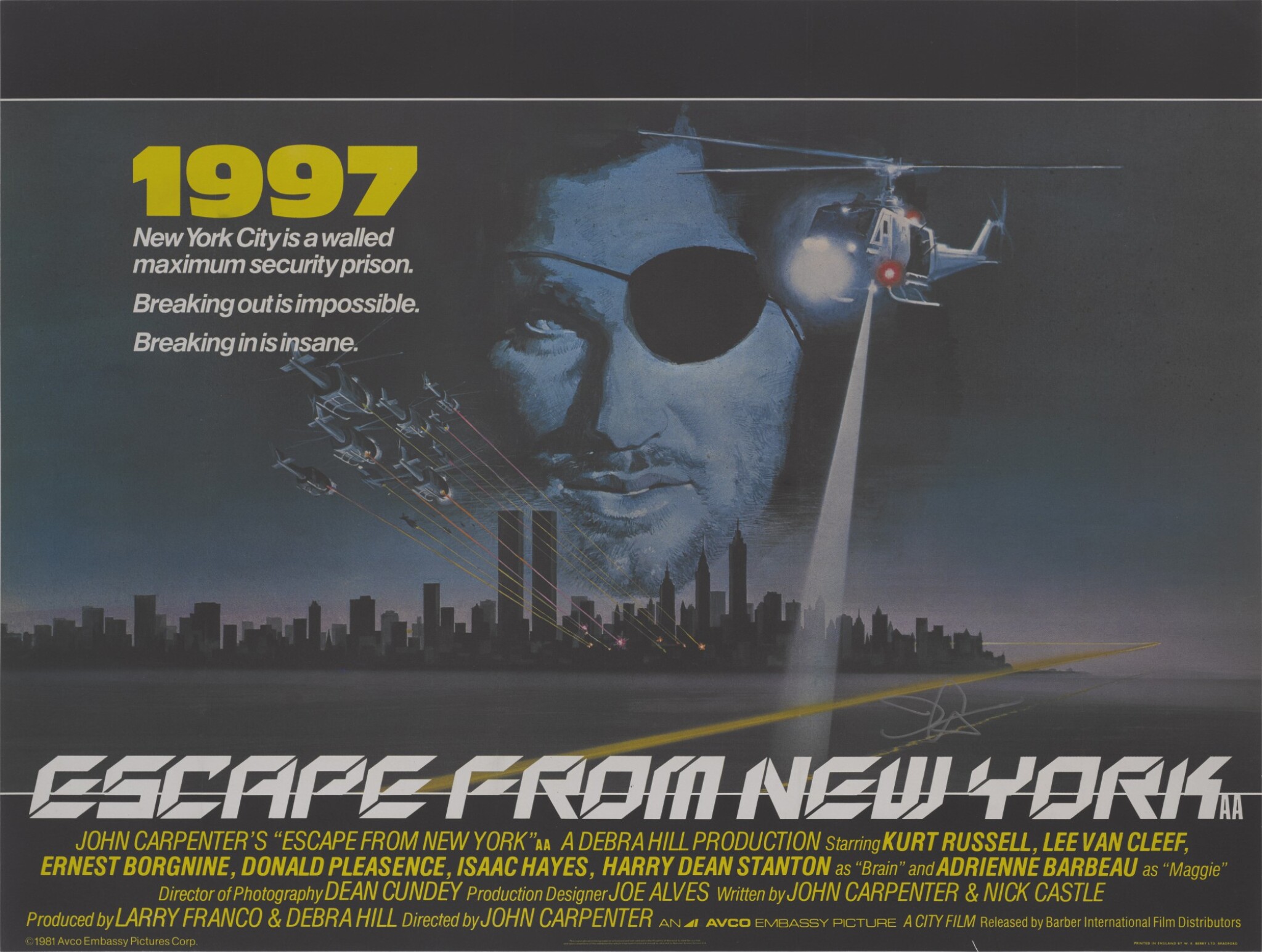 This sci-fi action film was co-written, directed and co-scored by John Carpenter, and stars Kurt Russell, Lee Van Cleef, Donald Pleasence, Ernest Borgnine and Isaac Hayes. The film is set in a future world of 1997, where crime is uncontrollable, and Manhattan is a maximum security prison. The US President's plane is brought down in a district of Manhattan, and an ex-convict, played by Kurt Russell, is sent in to rescue him.

This poster was signed by John Carpenter after performing at a Release the Bats Tour concert. It is rare for anyone to have an original film poster signed, as the majority of signatures are on pieces of paper, photographs and video/dvd sleeves. It is unusual to have the film's poster with you when you try to obtain signatures.