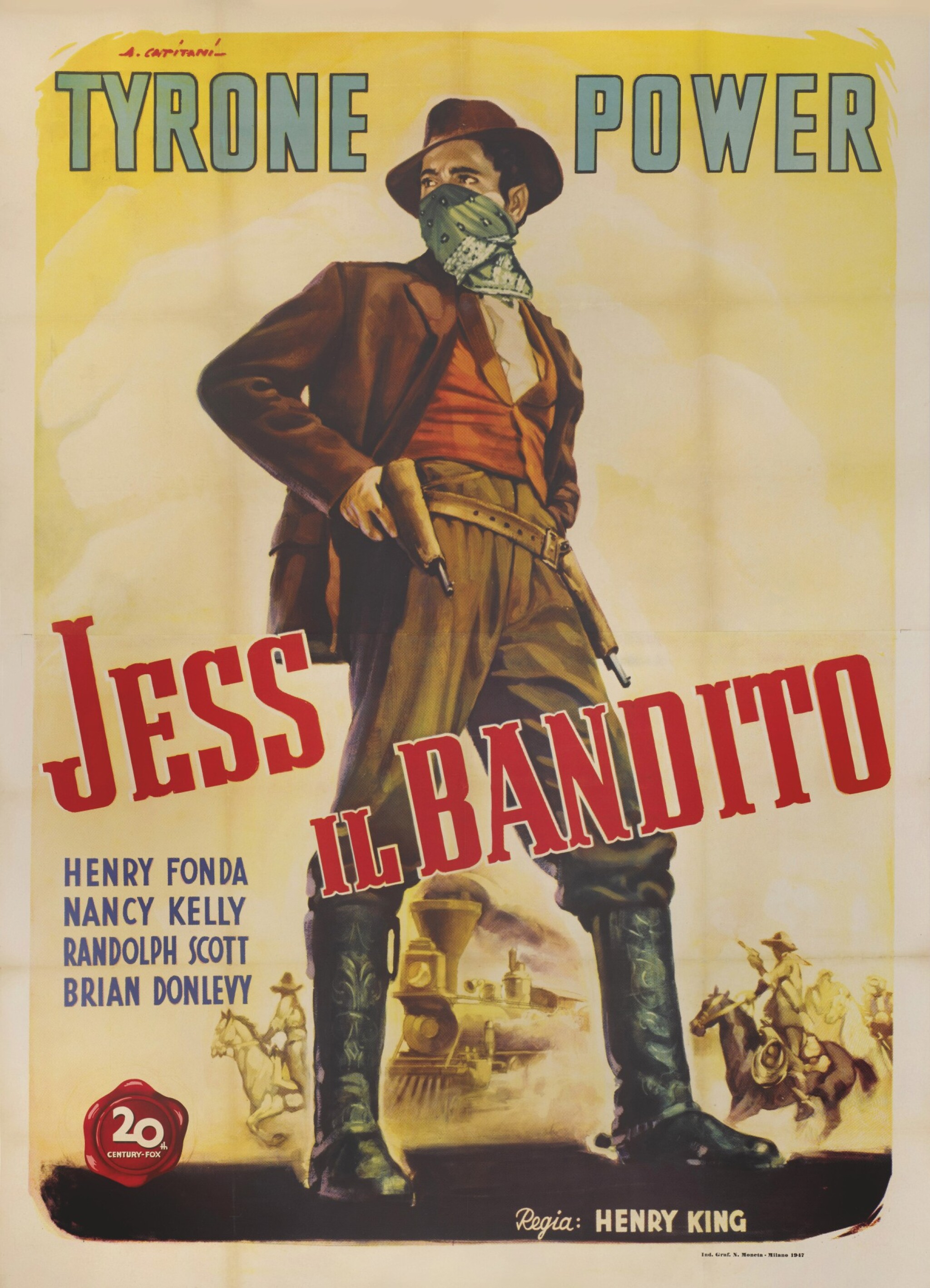 This western was directed by Henry King, and stars Tyrone Power, Henry Fonda, Nancy Kelly and Randolph Scott. The film is broadly based on the life of the notorious outlaw Jesse James. The James family are being forced from their home to make way for the railroads. Jesse (Power) and his brother Frank (Fonda) find out that the railroad representative was responsible for the death of their mother. Jesse takes revenge and thus begins the brothers’ new vocation as outlaws.

Alfredo Capitani has created one of the most memorable western posters of the 1940s. An imposing image of Tyrone Power (Jesse James) dominates this poster. Exceptionally rare Italian poster from the film's first release. Very few are known to have survived.