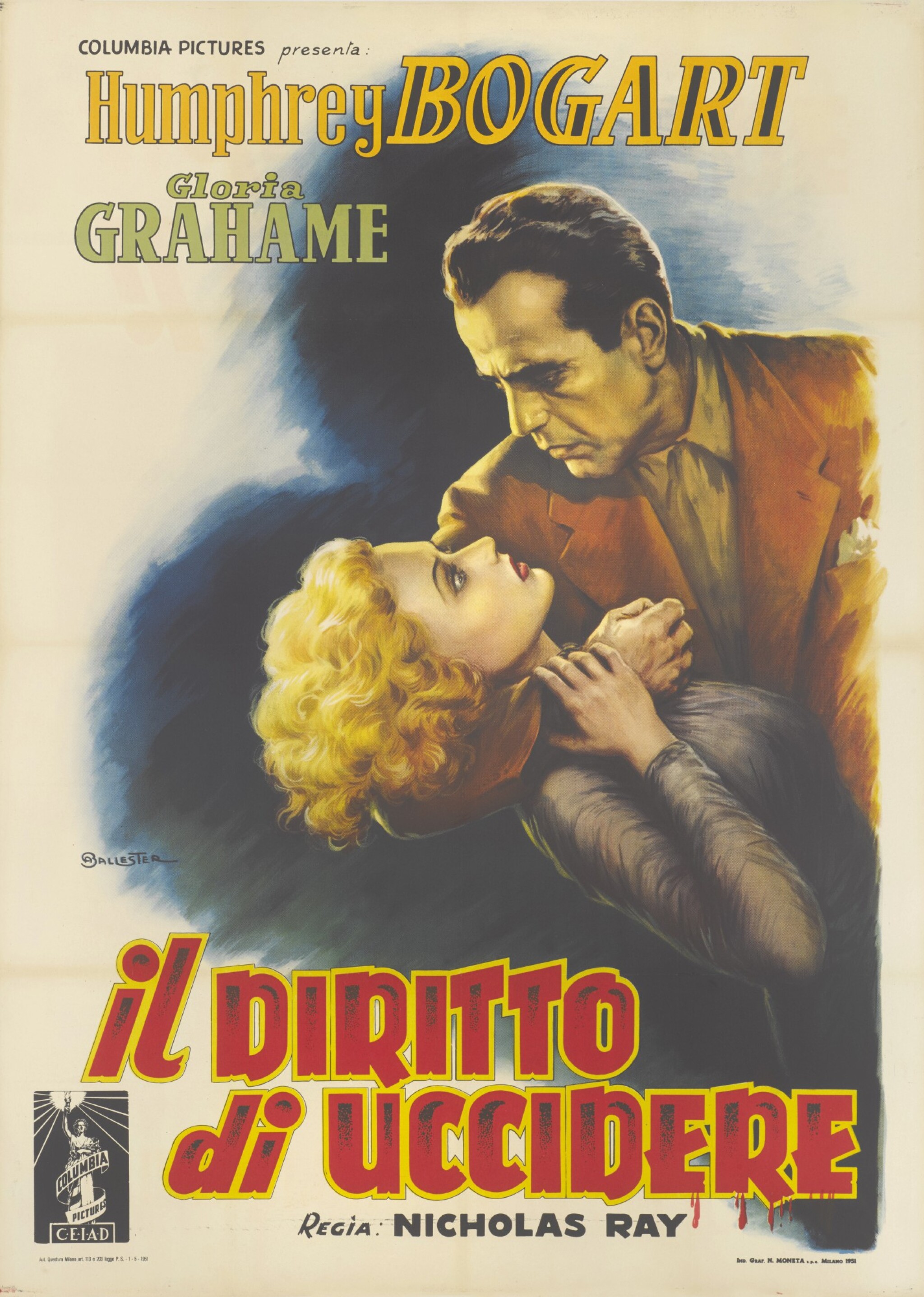 This American film noir was directed by Nicholas Ray, and stars Humphrey Bogart and Gloria Grahame. Bogart plays Dixon Steele, a troubled and violent screenwriter, who is suspected of murder, until his kind neighbour gives him an alibi and clears his name. Only then she has doubts over his innocence. Anselmo Ballester was one of the greatest Italian poster designers, and his unique painted style lends itself brilliantly to this Film Noir poster. Ballester has captured the intensity of the film, with Laurel Gray (Gloria Grahame) in the clutches of a menacing Dixon Steele (Humphrey Bogart). This rare Italian Bogart poster does not surface very often.

Linen-backed. Excellent condition, with the colours remaining very bright. Very minor restoration to folds. There is some natural ageing to the folds on the cream background of the poster.