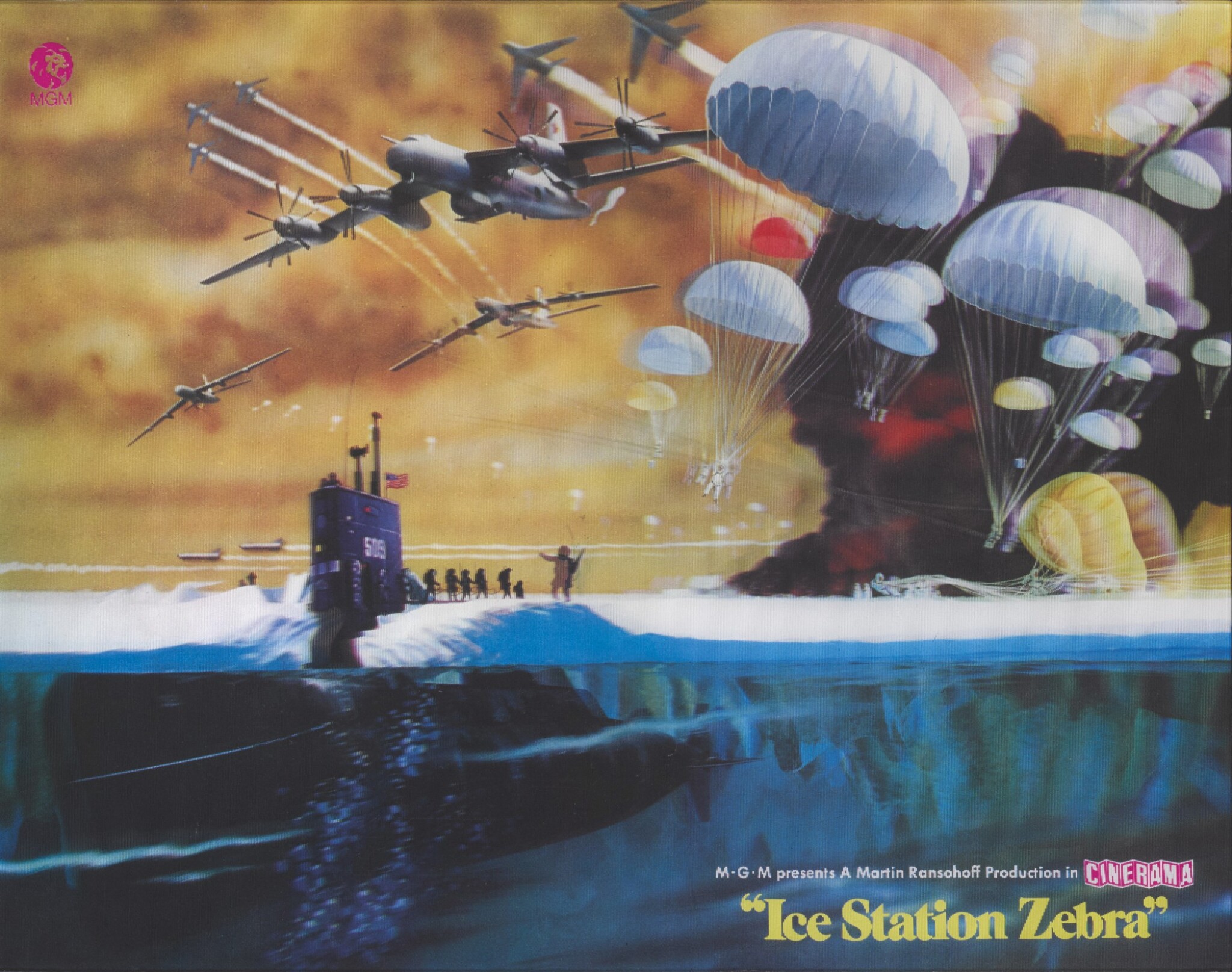 This film was directed by John Sturges, and stars Rock Hudson, Patrick McGoohan and Ernest Borgnine. The film parallels real-life events in 1959, where the USN have been given orders to get a British civilian, a Marine with a platoon of troups, and the crew of a nuclear sub to the North Pole, to rescue the crew of the weather station Drift Ice Station Zebra.

In order to add an extra dimension to the advertising campaign, MGM were one of the first studios to produce 3D lenticular posters. These posters were expensive to produce, and only a small quantity was made. This 3D lenticular poster has multiple images, depending on where you are standing to view it. As these were made in smaller quantities to the regular posters, they do not surface very often.