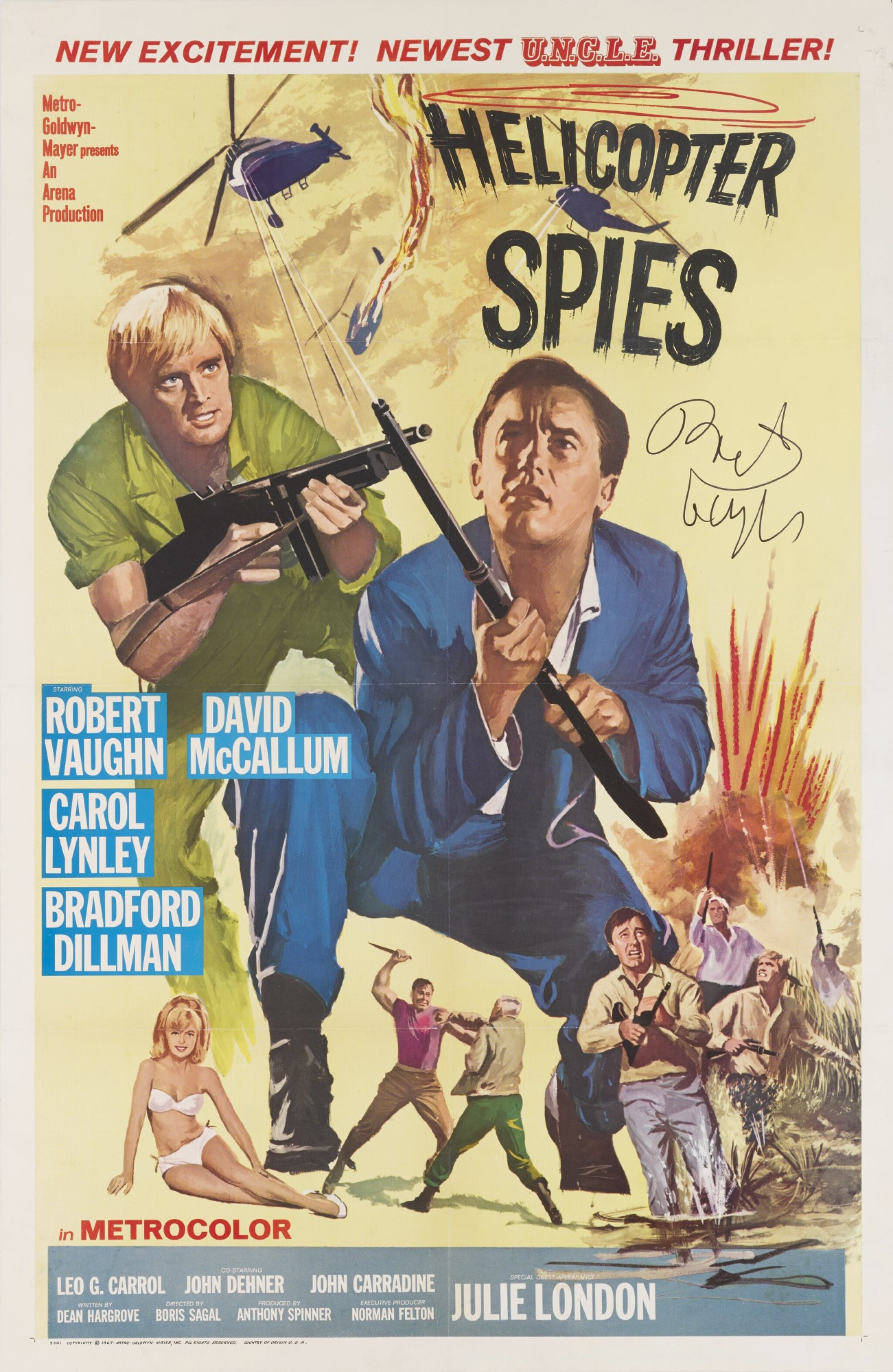 This film, directed by Boris Sagal, was a film version of a number of television episodes of The Man from U.N.C.L.E. This film also stars Robert Vaughn (Napoleon Solo) and David McCallum (Illya Kuryakin). The lead characters attempt to save an African village from extermination, and in finding the lethal weapon - The Thermal Prism, also stop it being used by The Third Way, a mystical and religious group, to dominate the world.

This poster was signed by Robert Vaughn after a performance of Twelve Angry Men in London. It is rare for anyone to have an original film poster signed, as the majority of signatures are on pieces of paper, photographs and video/dvd sleeves. It is unusual to have the film's poster with you when you try to obtain signatures.