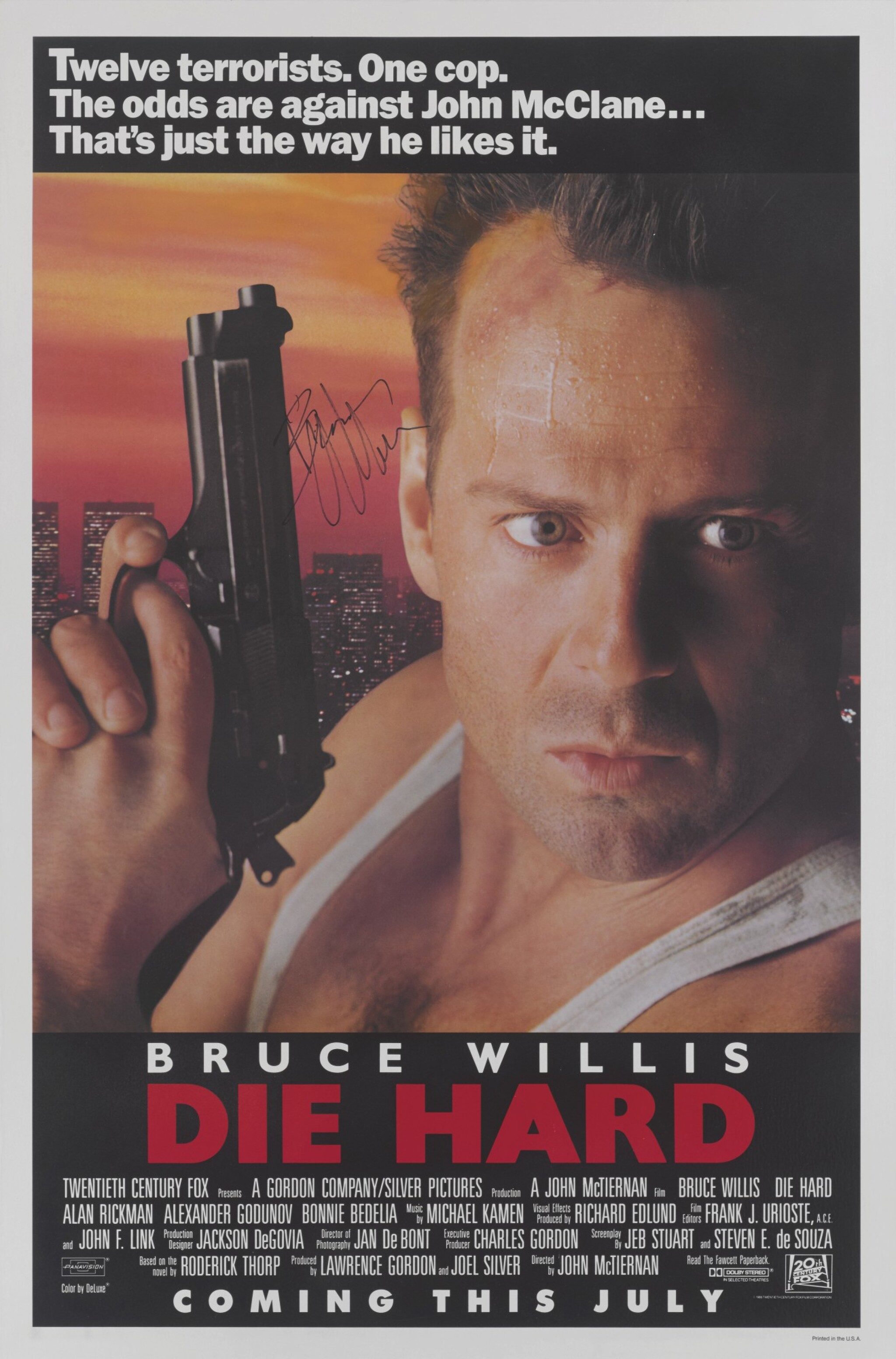 This film, which turned its leading actor Bruce Willis into an action super-star, was directed by John McTiernan. The film also stars Alan Rickman, who plays the criminal mastermind Hans Gruber. It follows Willis's character, NYPD detective, John McClane, who is in Los Angeles on Christmas Eve to visit his estranged wife. Whilst at a party given by her employer, a group of robbers, led by Hans Gruber, take over the building and hold all but McClane hostage. This was the first in what became the hugely popular and successful Die Hard franchise.

This poster was signed by Bruce Willis at the premiere of Red 2. It is rare for anyone to have an original film poster signed, as the majority of signatures are on pieces of paper, photographs and video/dvd sleeves. It is unusual to have the film's poster with you when you try to obtain signatures.