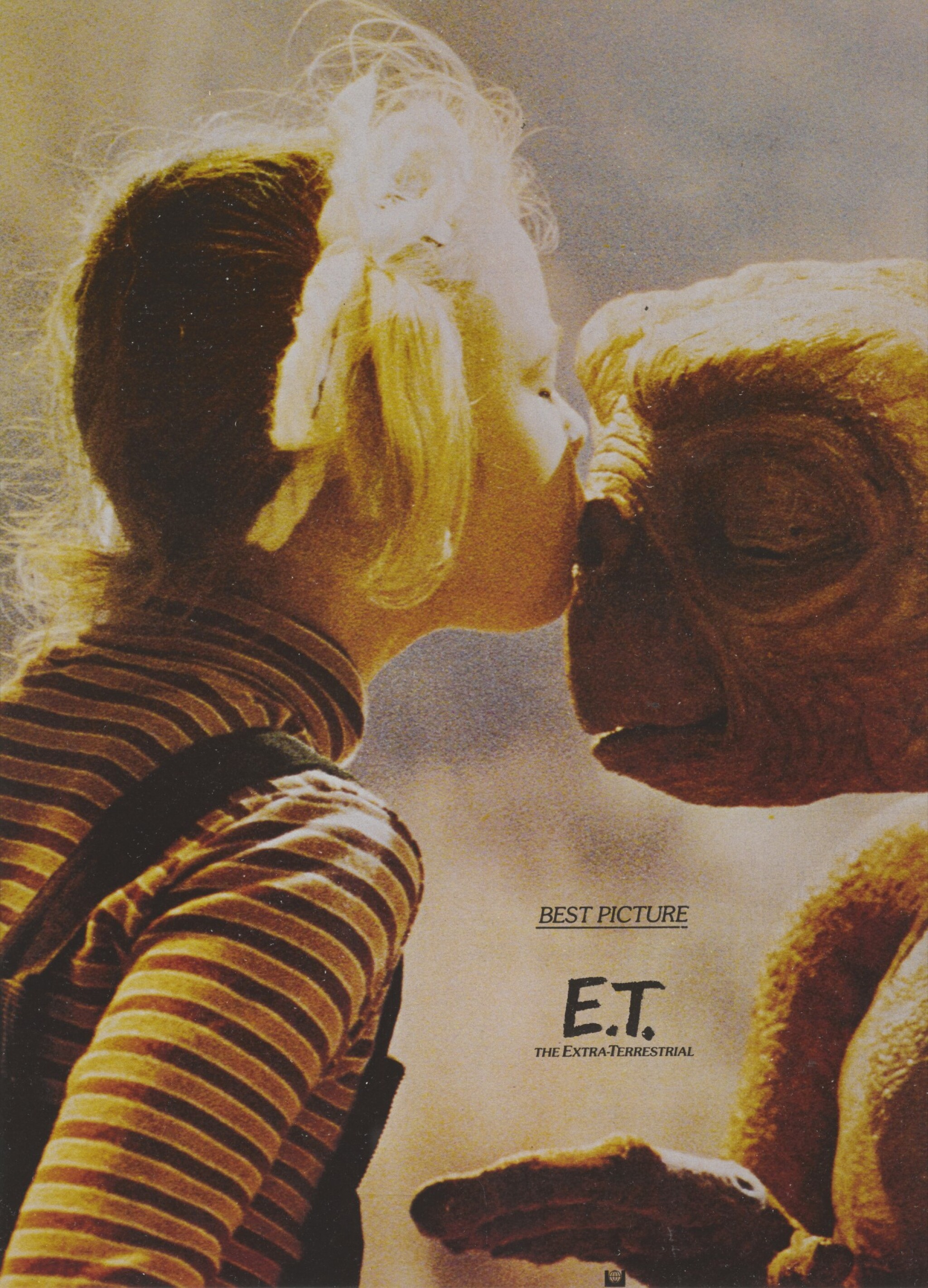 Steven Spielberg's E.T. has won the hearts of so many people since its release in 1982. At the time it was the highest grossing film, surpassing Star Wars (1977). This film was up for a number of Oscars, and this piece was a concept design for possible posters to celebrate best picture, which it didn’t win. However, it did win four other Oscars. This very rare concept design. The majority of these were discarded once the film was released.

Mounted on art board and conservation framed with UV plexiglass. Excellent condition, with the colours remaining very bright. Very minor surface abrasions on the top edge, that does not affect the artwork.