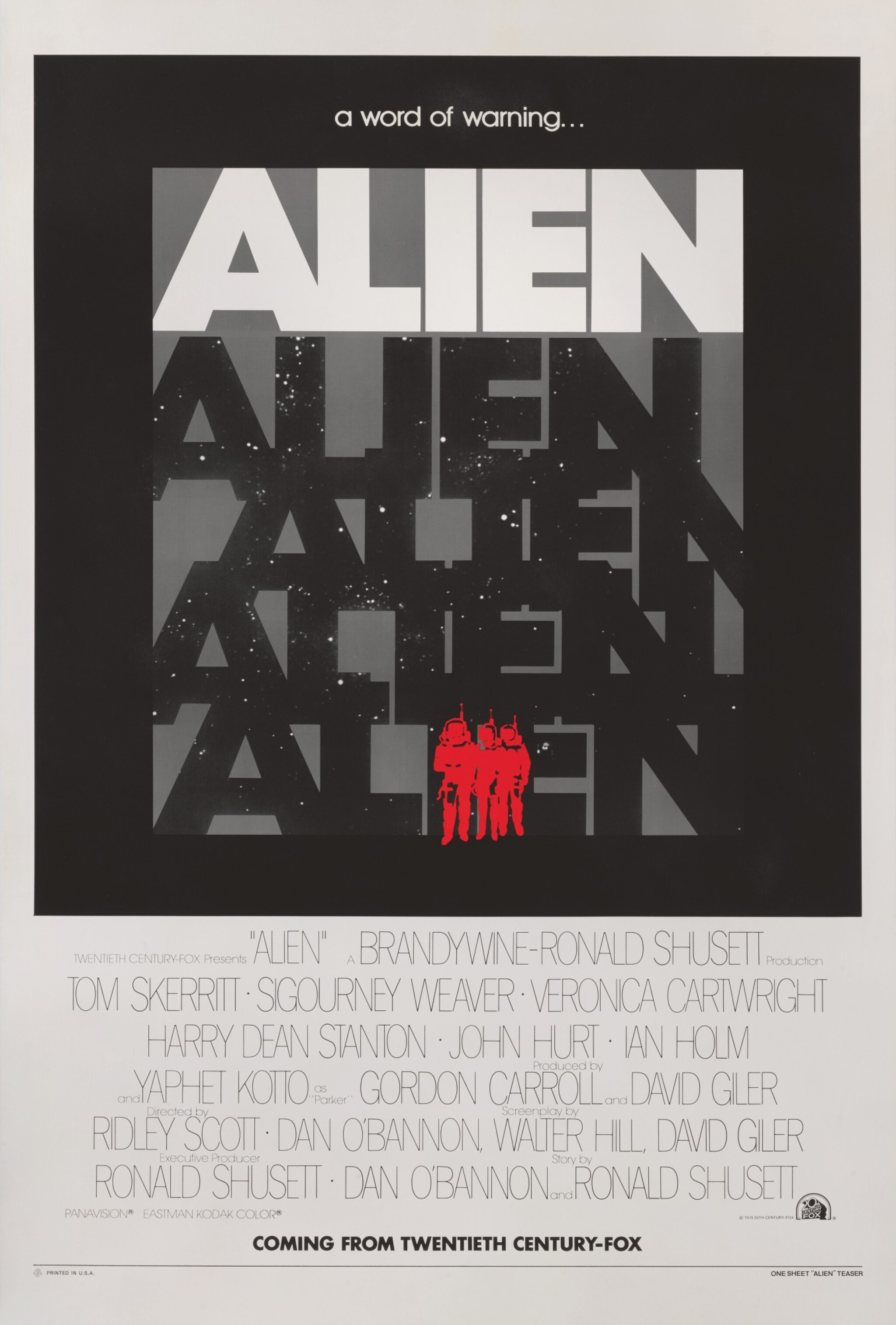 This masterpiece sci-fi horror film was directed by Ridley Scott, written by Dan O'Bannon and stars Tom Skerritt and Sigourney Weaver. It took a little time to get off the ground, with many rewrites and presentations to various studios. It really wasn't until the success of Star Wars in 1977 ignited 20th Century Fox's interest in sci-fi films that Alien got the green light, and cinema goers were introduced to the alien egg and the brilliant tagline 'In space, no one can hear you scream.'

This advance poster was distributed months before the film was released, to intrigue cinema-goers with the tag-line 'a word of warning' above the repeated Alien title. No one realised at the time what a huge success and impact this film would have on future sci-fi films. Bill Gold, the designer, is one of the most successful film poster designers of the 20th century.