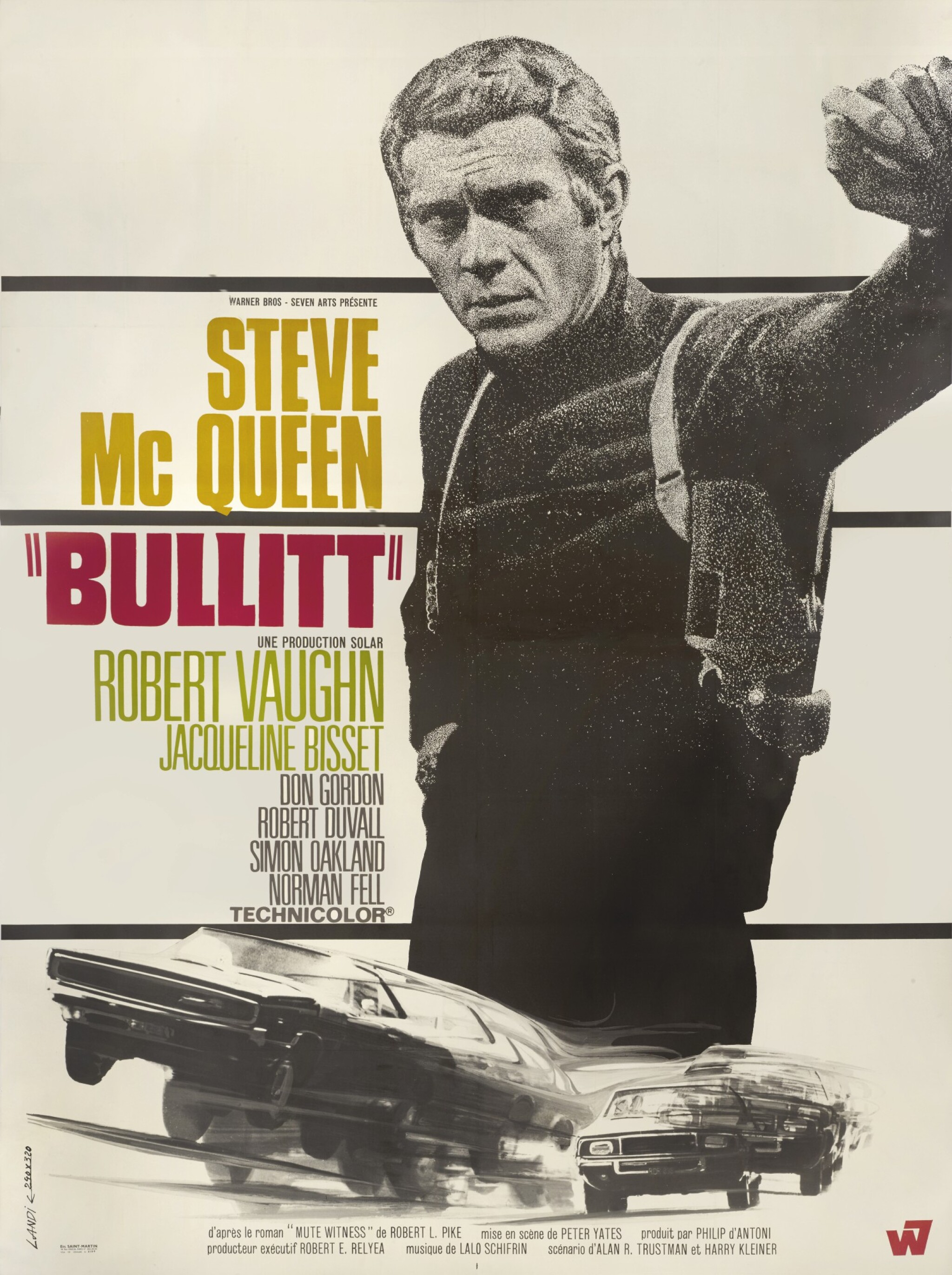 The sheer size of this piece gives real impact to the super-cool image of Steve McQueen standing over the famous car chase. The poster was printed in four sheets and designed to be pasted to huge billboards. As a result only unused copies survived. The Ford Mustang GT driven by Steve McQueen in the legendary chase scene was recently sold in auction for a world record $3.74 million. Owing to the fact that this size poster was pasted on billboards, only those that were unused survived. There are fewer than five known surviving examples of this piece.