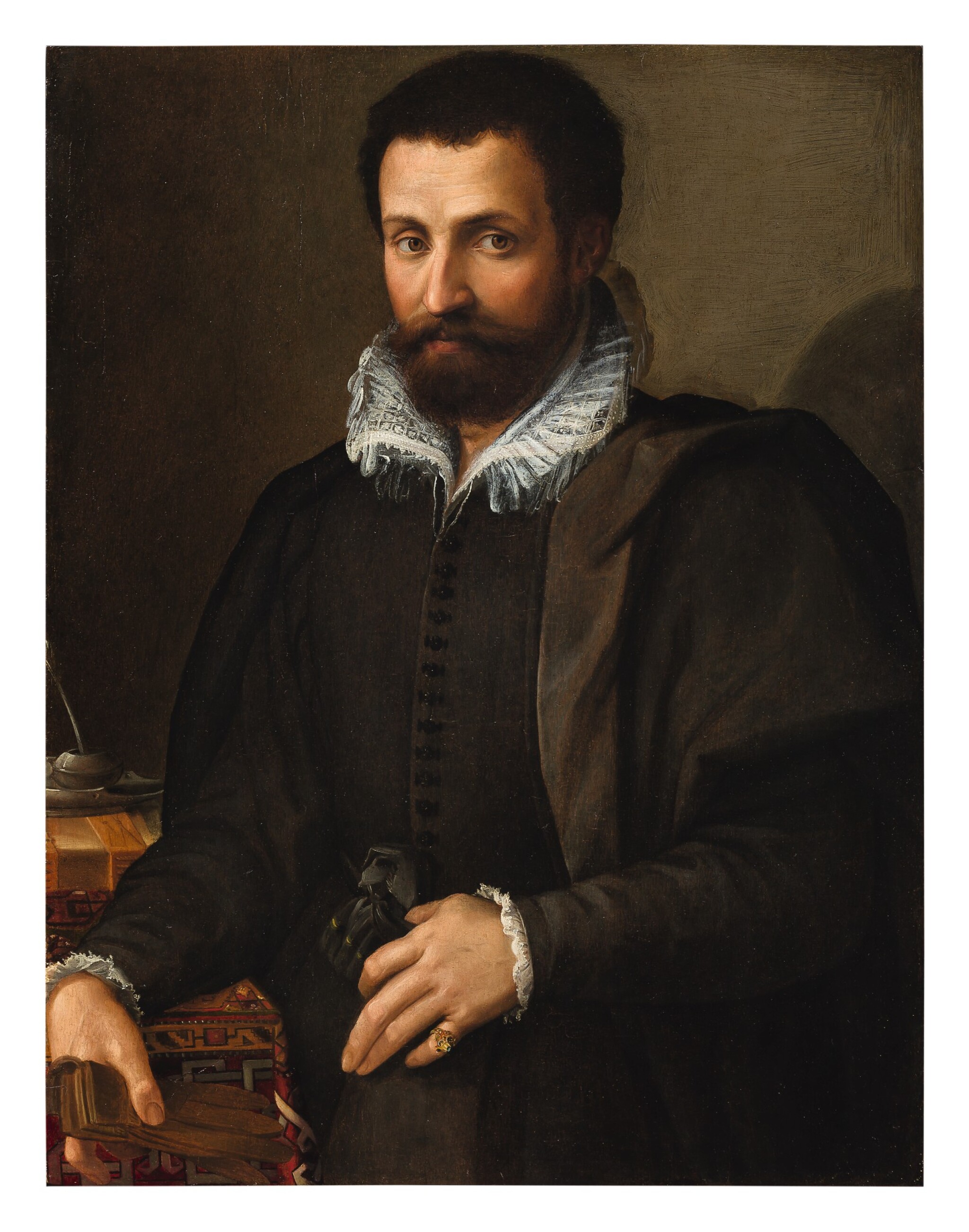 PORTRAIT OF A GENTLEMAN, THREE-QUARTERS, HIS ARM RESTING ON A WRITING TABLE

The support consists of two planks joined vertically with one horizontal support beam on the reverse. The panel is very slightly convex with a small gap between the panel and the frame at all four corners. The paint surface is stable despite vertical cracks corresponding with the wood grain, especially to the left of the figure. A diagonal and triangular scratch is visible at the sitter's right shoulder, and an inconsistency in the surface at the center of the sitter's chest could be due to an old repair. Under UV inspection, the aforementioned repairs are visible, as well as finely applied retouching in the sitter's hair and scattered retouches in the folds of his garment. The face is largely unretouched. Offered in a carved ebonized wood frame with decorative gilding.

According to Vasari, Maso studied with Pierfrancesco Foschi, which accounts for the simplicity and precision of his style as seen in this elegant portrait. Maso avoided the Mannerist style of his Florentine contemporaries, but he still received commissions from the Medici, including his decorations for the studiolo of Francesco I. The present work shares compositional and stylistic similarities with a group of portraits attributed to Maso by Peter Cannon Brookes in 1966 and dated between the mid-1550s and 1570.1 The gentleman portrayed here apparently wished to emphasize his wealth as well as his intellect. Maso depicted gloves in the sitter’s right hand, a gold ring on his left pinky finger, a richly embroidered carpet on the table, and an inkwell sitting atop a book, all of which indicate worldly status.