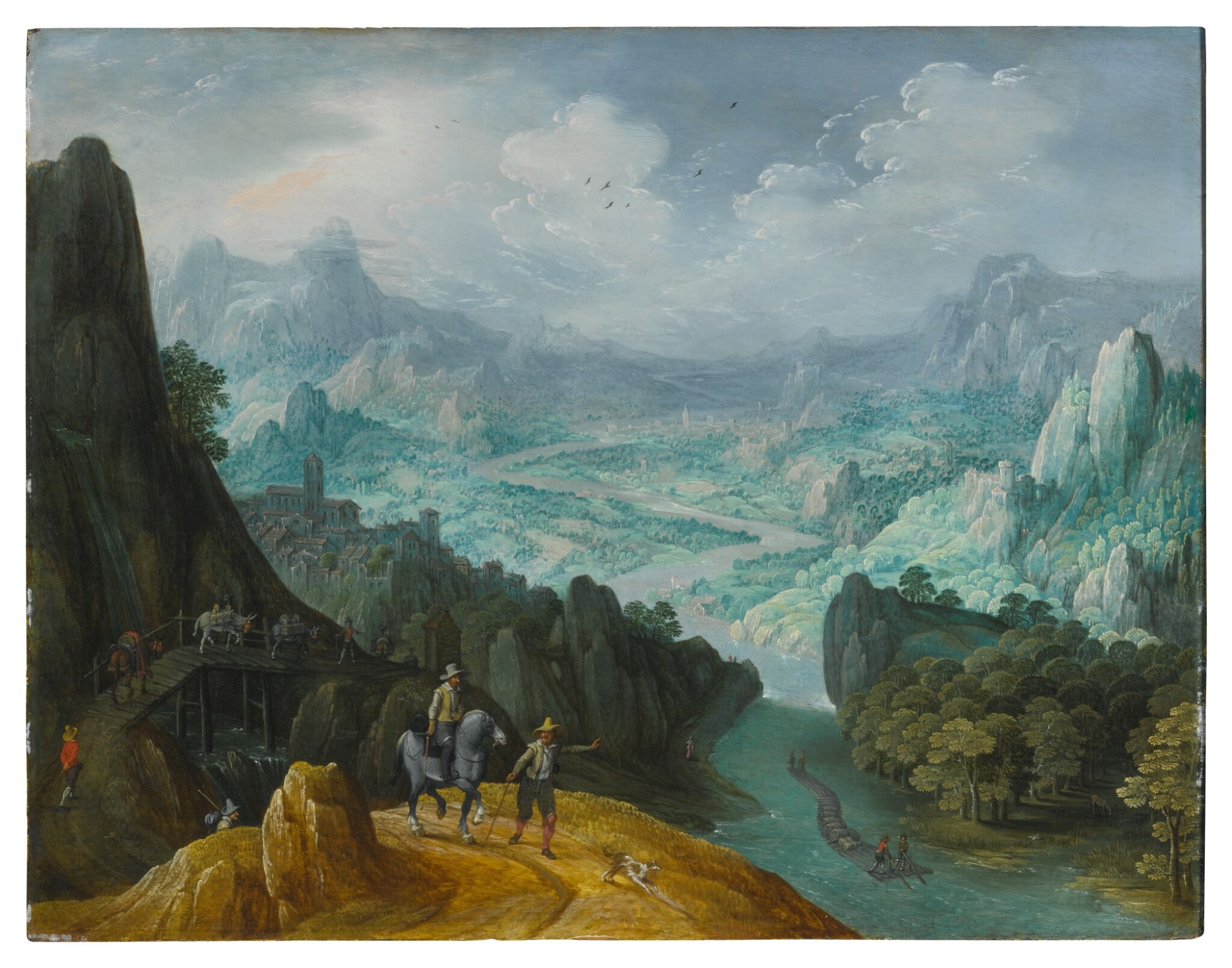 The paint surface in this work is very beautiful, with wonderful retention of detail throughout. The details are crisp and glazes intact, receding into the distance. The panel is flat and cradled, allowing even for the retention of an unidentified collectors seal on the reverse. There is a slight visible horizontal crack about two inches from the top edge, with some stable slight lifting of paint. There is a fainter crack in the dark rocks near the center of the left edge. Under UV: there may be some restoration to some of the glazing in the river in the foreground. There is some small localized areas of retouching in the upper right corner, and in the lower left edge, with only very few small scattered spots in the sky. Some thin restoration to the aforementioned crack in the sky. Overall this painting has a beautiful lush surface and is certainly ready to hang in its present condition. In a dark ebonized wood molding frame.

This panoramic mountain landscape punctuated by rocky outcrops is a characteristic work by the Flemish painter and draughtsman Tobias Verhaecht. His landscapes derive from the tradition of the so-called “world landscape” first developed by Joachim Patinir and Pieter Bruegel the Elder in the first half of the 16th century. Characterized by an elevated viewpoint looking out over an expansive and fantastical view, these landscapes typically incorporated mountains, plains, water, villages and figures dwarfed by their surroundings, all rendered in meticulous detail.

Verhaecht was born in Antwerp, but spent a good portion of his early years in Florence where he worked for Francesco I de Medici, Grand Duke of Tuscany, and later in Rome where he was active as a painter of landscape frescoes. He was back in Antwerp by 1590 when he became a master in the Guild of St. Luke. He was also active in one of the city’s chambers of rhetoric, a literary and dramatic society named the Gillyflower, for which he wrote a comedy in 1620. Among his students were his son, Willem van Haecht II and, briefly, the young Peter Paul Rubens.