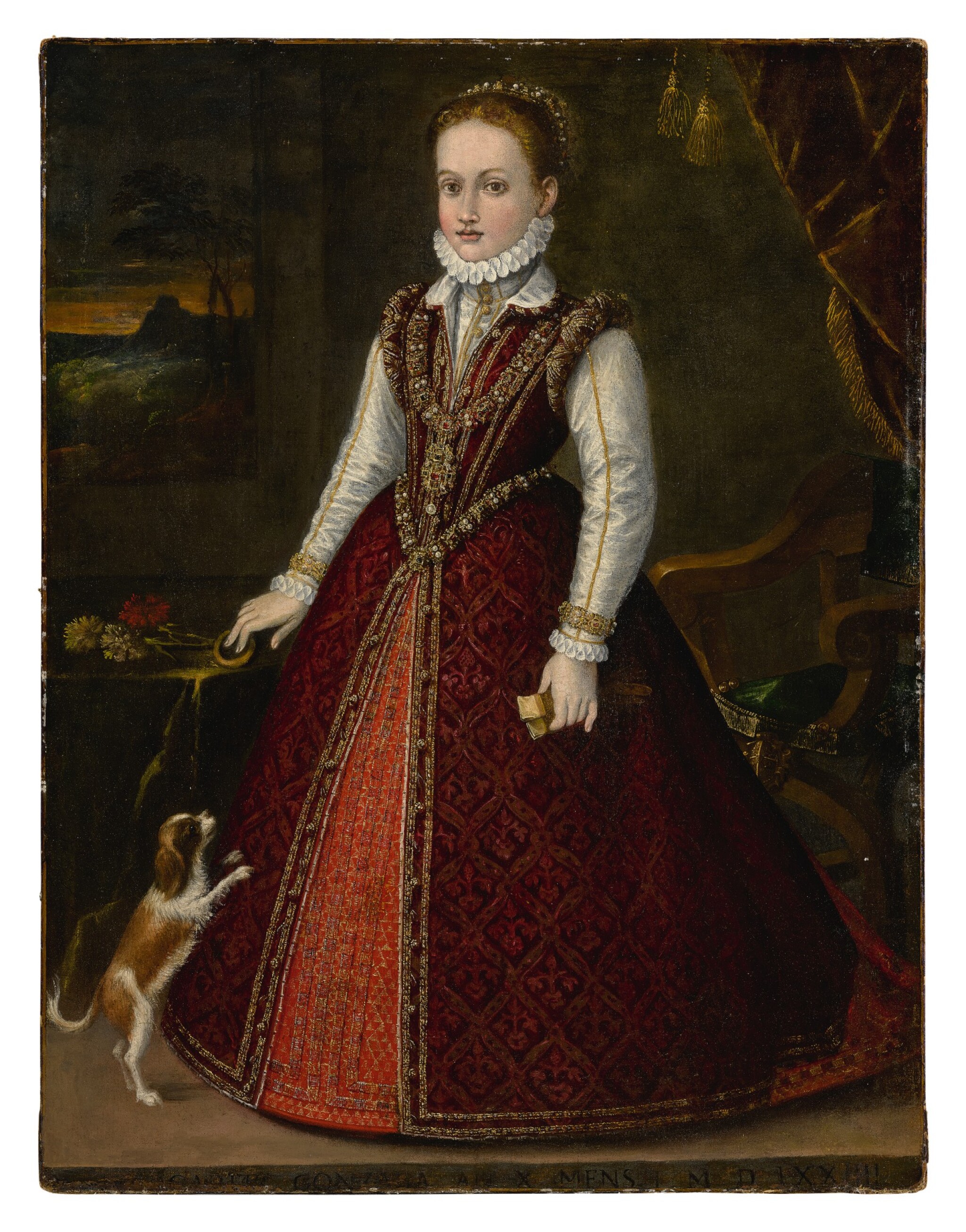 Canvas is lined. Portrait presents an elegant sitter that reads well with some of its impasto preserved on the jewelry. Image appears a little pressed, like on the sitter's face, with some details sunken in the background. Spots of retouching fluoresce under UV light in her face, proper left shoulder, and hands. There appear to be at least three small circular spots of repair scattered in the bottom half of her gown, with a linear repair that is less than 5 in at center. Other spots of retouching fluoresce here and there through the window and on the green mantle. Painting can hang as is. Offered in a giltwood frame.

With Savile Gallery, London (according to label on reverse).

Margherita Gonzaga, shown here at age 10, was the daughter of William I, Duke of Mantua (1538-1587) and Eleonora of Austria (1534-1594). After she married Alfonso II d'Este, Duke of Ferrara in February 1579, Margherita became the sponsor of balletto delle donne, an important performance by women at the Este court.

The same year this portrait was made, Orazio Vecellio also painted a portrait of Margherita's younger sister, Anna Caterina Gonzaga (1566-1621) that sold at Sotheby's in 2000.1 Both works show the sisters wearing the same burgundy gown in an interior setting with a dog, and while this composition includes a window overlooking a landscape and a table, the other only has two chairs. Vecellio likely became familiar with the Court of Mantua through his father, Titian (1488-1576), who painted the Gonzaga family on multiple occasions.