Property from a Distinguished American Collection Sold without Reserve 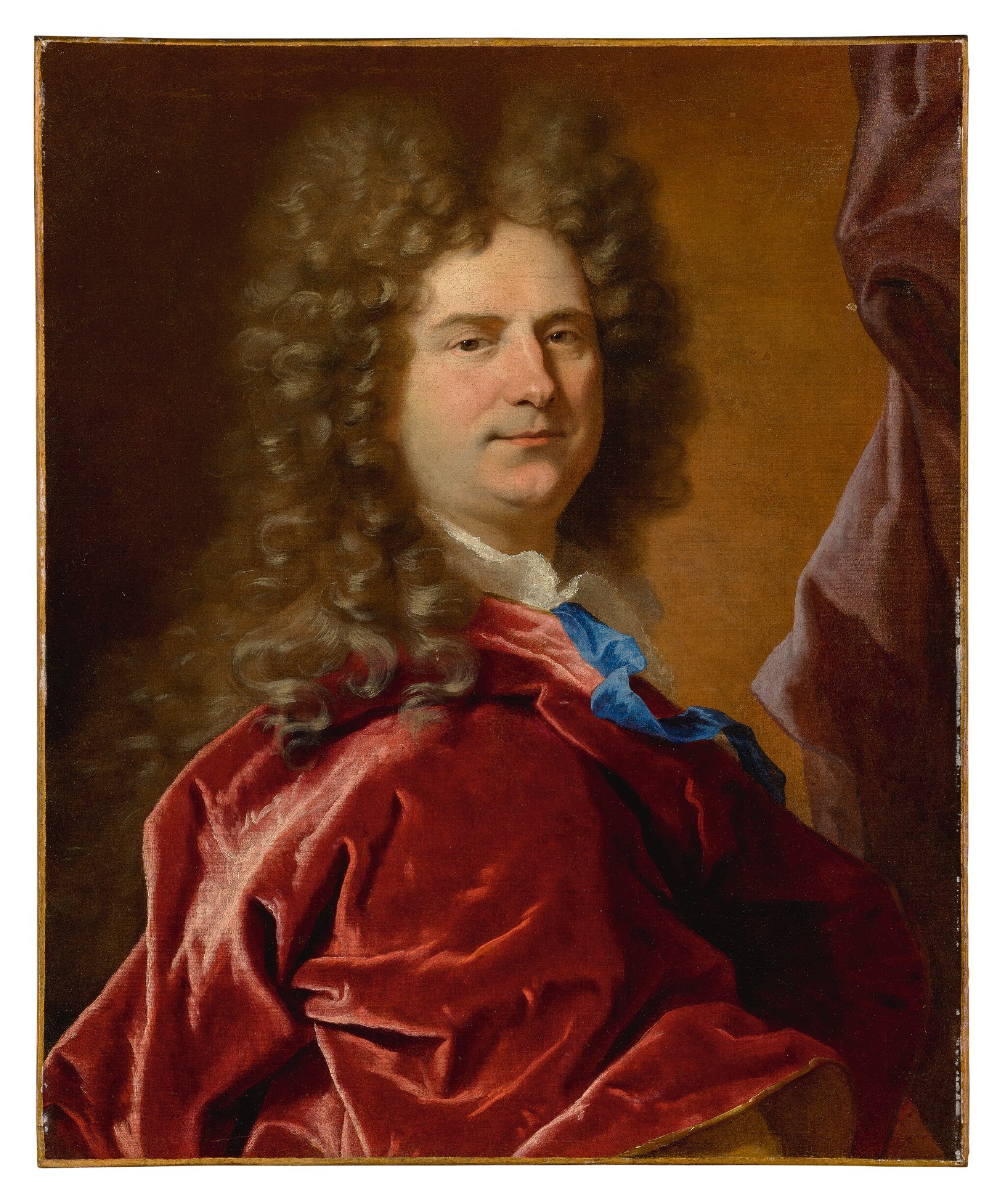 Property from a Distinguished American Collection Sold without Reserve

PORTRAIT OF A GENTLEMAN, HALF-LENGTH, IN A RED MANTLE

The canvas has been relined. The paint layer is stable and the colors remain bright, though some of the browns, particularly in the hair, have worn slightly. The brushwork in the highlights of the costume is particularly well-preserved and remains lively and vivid. Ultraviolet light reveals an old, uneven varnish and evidence of some possible retouchings from an older restoration campaign, though nothing appears distracting or discolored. The painting could benefit from a fresh varnish to brighten it or could be hung as is. Offered in a carved giltwood frame.

This elegant portrait, which can stylistically be dated to circa 1705, beautifully displays Rigaud's hallmark ability to create realistic depictions of features alongside bravura rendering of material and texture. Dézallier d'Argenville, writing in the following century, noted that "when he (Rigaud) painted velvet, satin, taffeta, fur or lace, one had to touch them to realise they were not the real thing. Wigs and hair, which are so difficult to paint, were but a game for him; the hands in his paintings are particularly divine."1

The present work is almost certainly the lost picture which is noted on a photograph in the Centre d'étude et de documentation du Musée du Louvre of a copy of the work in the Gil collection. More recently (see Perreau, under Literature), the present work has been published as the prime version with the Gil collection as a sketchier, second version.