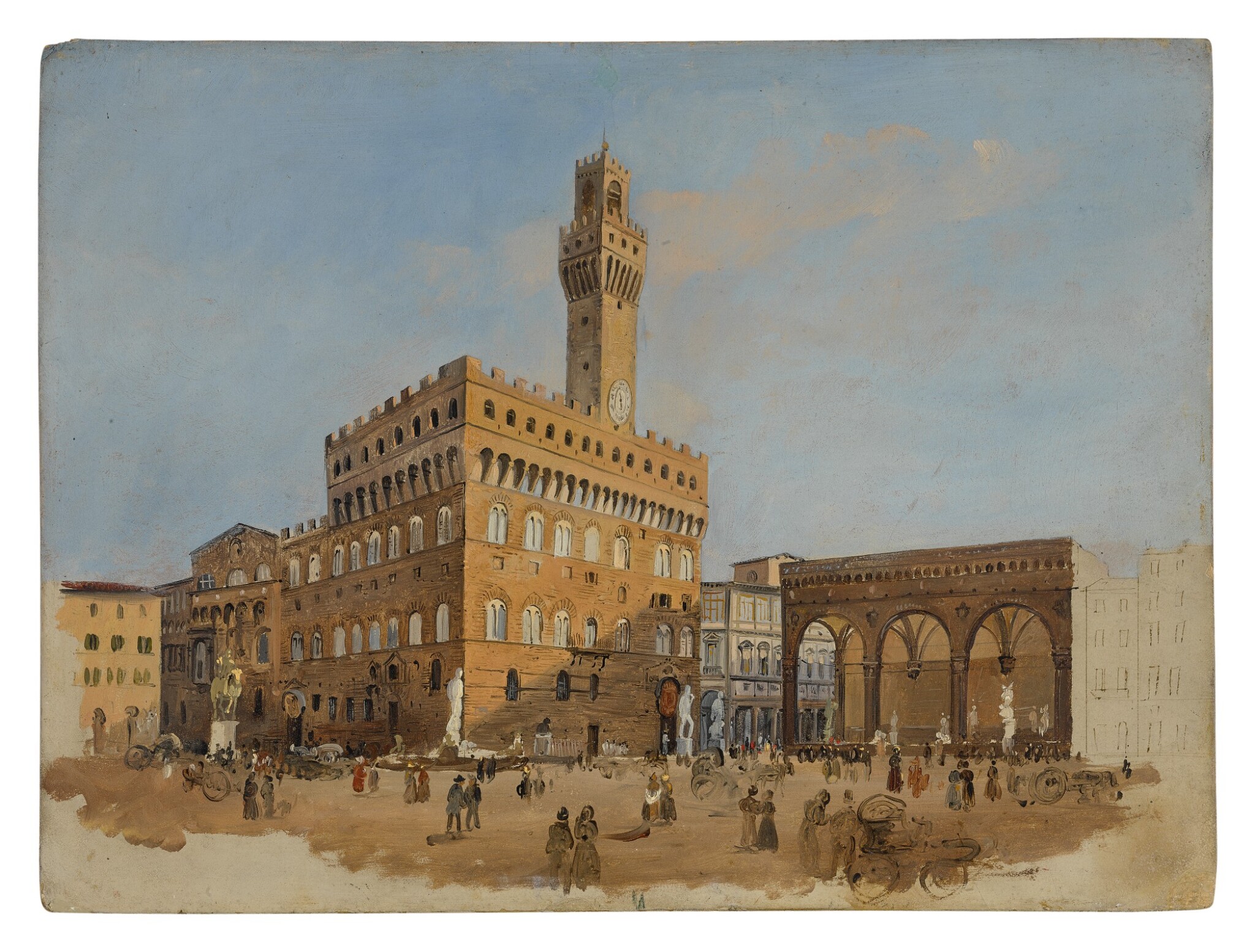 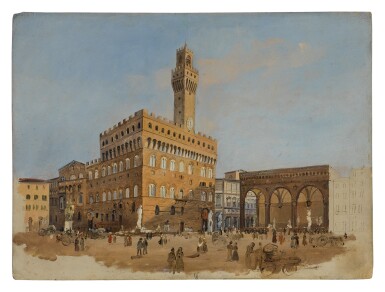 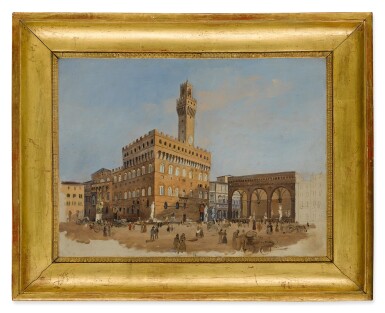 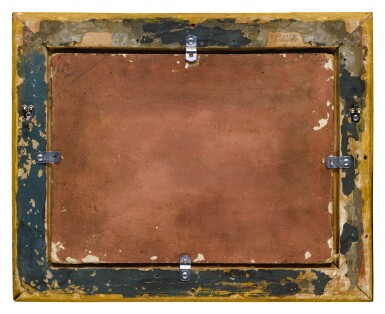 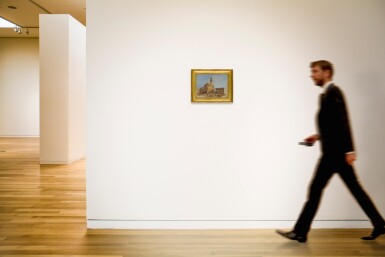 A SKETCH OF THE PIAZZA DELLA SIGNORIA, FLORENCE

Painting reads well and clear beneath the varnish. It is in overall good condition, and the impasto is well-preserved in areas. There are some very tiny losses at the corners of the board (ie: upper left corner), and there is some faint rubbing along all edges from the frame. There is one faint diagonal scuff to varnish in the sky at right above the architecture, and a spot of repair at center of the upper edge, with an associated thin crack. Inspection under UV further reveals retouching at corners as well as a few finely applied strokes and spots of retouching in the sky. The architecture appears to be largely untouched. Offered in a simply carved giltwood frame.

This lively and luminous sketch by Giuseppe Gherardi records a view of the famed Piazza della Signoria in Florence. While some of the most famous landmarks, such as the Palazzo Vecchio at center and the Loggia della Signoria, have been recorded with nearly finished detail, the figures that fill the square are captured with quick and cursory brushstrokes so as to record a momentary impression, suggesting that Gherardi made this sketch in situ.

Gherardi explored views of this square on a few occasions and in different media. In addition to the present example, which is oil on artists's board, a pen and ink drawing of the Piazza della Signoria is in the Art Institute of Chicago,1 and a signed and dated oil on canvas from 1865 was sold at Sotheby's New York on 29 January 2009, lot 214.2