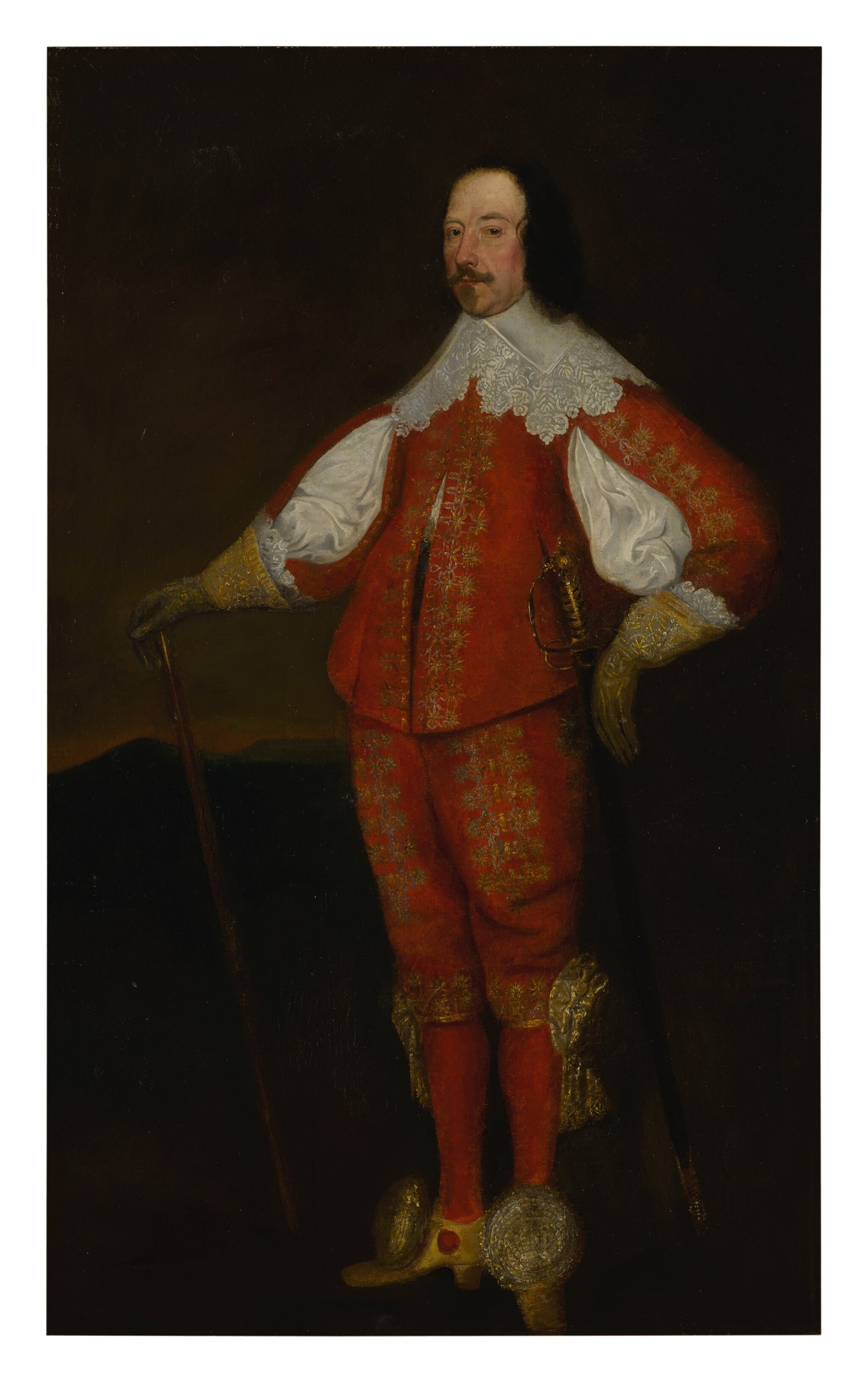 The canvas is lined. The painting depicts a handsome sitter that reads well. Two horizontal cracks to the paint that have been retouched are faintly visible, one runs from the extreme edges by the sitter's foot, while another smaller one is above his head. These fluoresce under UV along with other scattered spots of retouches and repairs, like an area in the sitter's outfit at center. Painting can hang as is. Offered framed.

The sitter in this portrait was an English politician who sat in the House of Commons from 1621 to 1640 and supported the Royalist cause in the English Civil War. Born in Hampton Court, he was the eldest son of the eminent soldier and politician, Sir Thomas Coningsby and his wife, Phillipa Fitzwilliam. He married Cecily Nevill, on 12 July 1617 and together they had five children: Cecilia, Philippa, Humphrey, Thomas and Henry. Upon his father's death in 1625, Coningsby inherited Hampton Court.

During the Civil War, he fought for the King until 1646 when he was found at the Siege of Worcester protesting against the surrender of the city by the Royalist commander. As a result, Coningsby went into exile while his estates were seized leaving his wife and children in poverty. They recovered their estates in 1653 at the Restoration of Charles II. His son Humphrey replaced him in the Long Parliament and was the father of Thomas Coningsby, 1st Earl Coningsby.