Property of a Lady Sold without Reserve 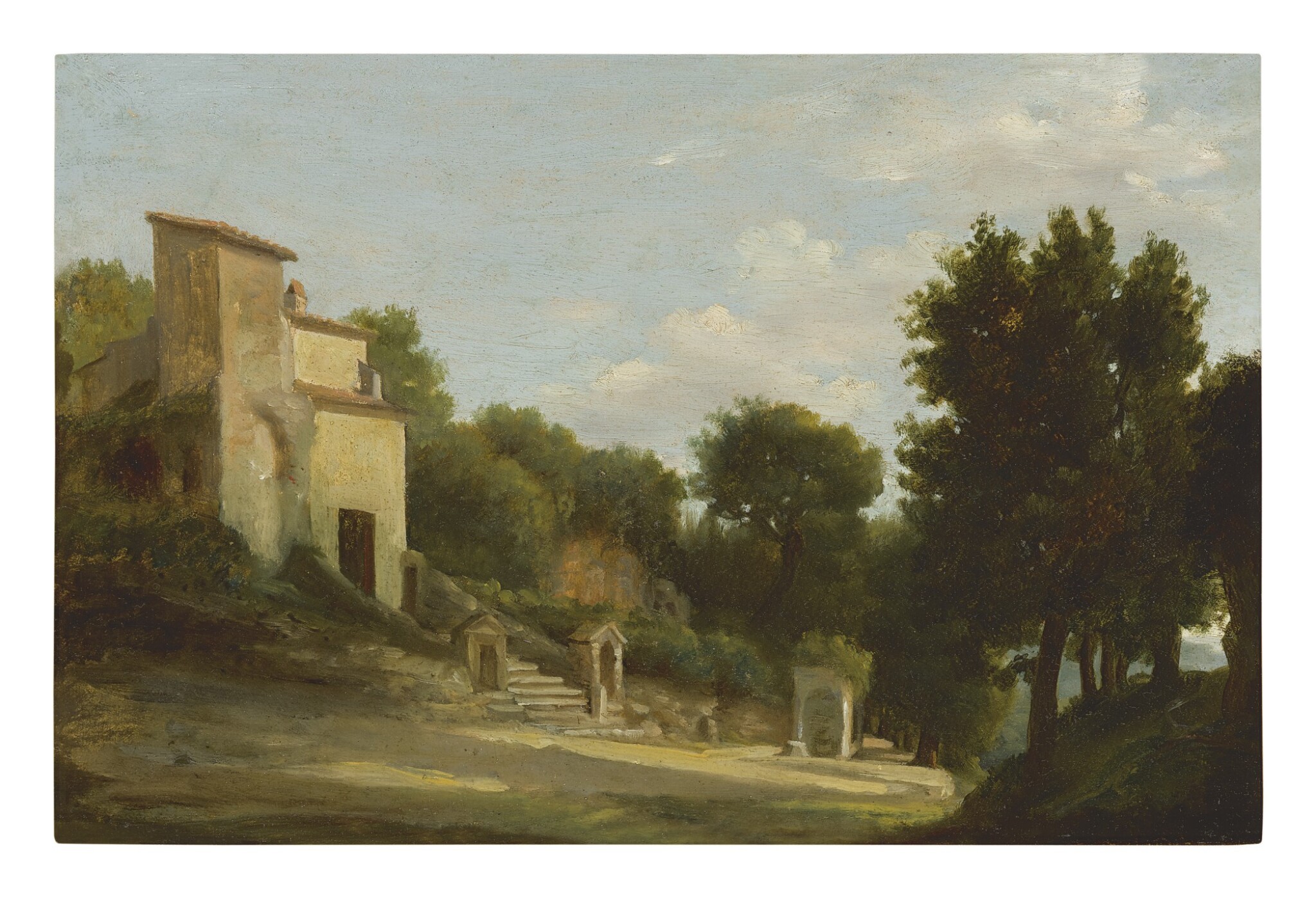 Property of a Lady Sold without Reserve

oil on paper, laid down on canvas

Paper is laid on canvas. A beautiful image reads well with some of its loose strokes and layering of the paint well preserved, like at center on the sky. Minor abrasions are along bottom edge, though these are not distracting. Inspection under UV reveals scattered spots of retouching to the sky, like on the upper right corner. Varnish fluoresces unevenly under UV, with some minor inconsistency to the tall trees at right. Painting can hang as is. Offered in a giltwood frame.

Where acquired by the present collector circa 1999.

New York, Dickinson Roundell, Rome and The Campagna: Oil sketches by Auguste Jean-Baptiste Vinchon and other French artists, 6 May - 3 June 1999, no. 16.

A native of Paris, Vinchon was a pupil of Gioacchino Giuseppe Serangeli (1768-1852) and Jacques-Louis David (1748-1825). He went to Rome where he won second prize in the Prix de Rome in 1813, and the Grand Prix in the following year. While in Rome, aside from making copies of the Antique and Old Masters, Vinchon made copious oil sketches of the city and surrounding campagna. Although it was common to make landscape sketches in oil since the 17th century, it was not until the late 18th century that it became an established practice. Unlike with drawings, these oil sketches presented an additional challenge: color. They became a useful tool for all artists to train in the observation of nature, even if, like Vinchon, they did not intend to specialize in landscape painting. Most of the oil sketches Vinchon painted remain in the permanent collection of Musée des Beaux-Arts, Tours.

This painting depicts the Villa of Domitian, a sumptuous villa built for Emperor Titus Flavius Domitian (81 - 96 AD) in the Alban Hills, overlooking Lake Albano. The ruins in this composition recall a capriccio, while the wild nature depicted with loose strokes heightened by the daylight create an atmospheric sense of immediacy.