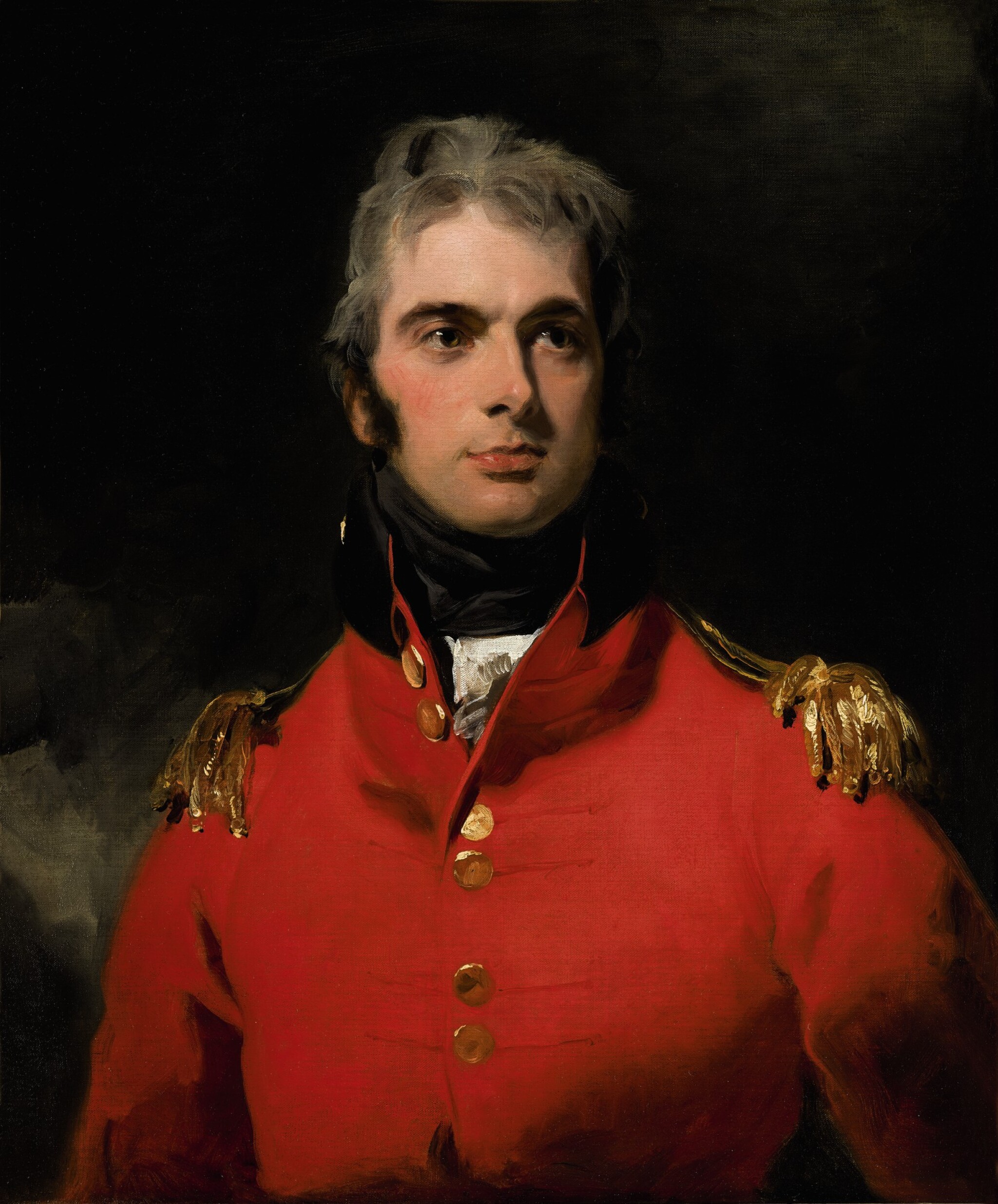 Oil on canvas, in a period Maratta frame in good condition

The original canvas is lined. The lining is in a very good condition and there is good tension. The paint layer is stable and secure and in very good original state. The paint texture and impasted details are very well preserved and the energetic brushwork apparent. A slight residue of old varnish is visible under u-v light, this does not affect the overall tonality. A fine filigree of dark shrinkage cracking to the skin tones and to the sitter's tunic have been carefully reduced. The tonal values and chromatic nuance are very well preserved.

K. Garlick, ‘A Catalogue of the paintings, drawings and pastels of Sir Thomas Lawrence’, in The Walpole Society, vol. XXXIX, 1964, p. 184;

This handsome portrait is an exemplary work by Sir Thomas Lawrence - the finest portrait painter of his day. Sir Herbert Taylor (1775-1839) began his career in the Foreign Office before joining the staff of the future Commander-in-Chief, the Duke of York, with whom he was always to remain close. In 1805 he was appointed Private Secretary to George III and later served as Private Secretary to Queen Charlotte and to William IV, and as principal Aide-de-Camp to George IV. His other posts included Military Secretary to the Duke of Wellington, Deputy Secretary at War, Surveyor General of the Ordnance, Adjutant General of the Forces, Ambassador to Berlin, MP for Windsor, and finally Aide-De-Camp to Queen Victoria.

This portrait, datable to the earliest years of the nineteenth century, depicts Sir Herbert wearing his Coldstream Guards uniform. Lawrence’s technical virtuosity is evident throughout, and the fluid, brilliant brushwork results in a portrait of great vitality, vividly capturing the character and personality of this debonair officer. The exceptional appeal of this portrait resulted in two subsequent versions, one in the

Museum of the Shenandoah Valley (inv. no. 0109),1 and another in the Carnegie Museum of Art,2 the present work being the prime version.

While the Carnegie version is a copy, the Shenandoah version is an autograph repetition, though it lacks the bold liquid highlights on the epaulettes and buttons – the fussily handled hair and shape of the upper lip also lack the brio and assured touch of the prime version. The National Portrait Gallery in London (inv. no. NPG 2878) holds a portrait of Sir Herbert Taylor as an older man by John Simpson that was first exhibited in 1833.3

We are grateful to Professor Brian Allen for confirming this painting as the prime original by Sir Thomas Lawrence.