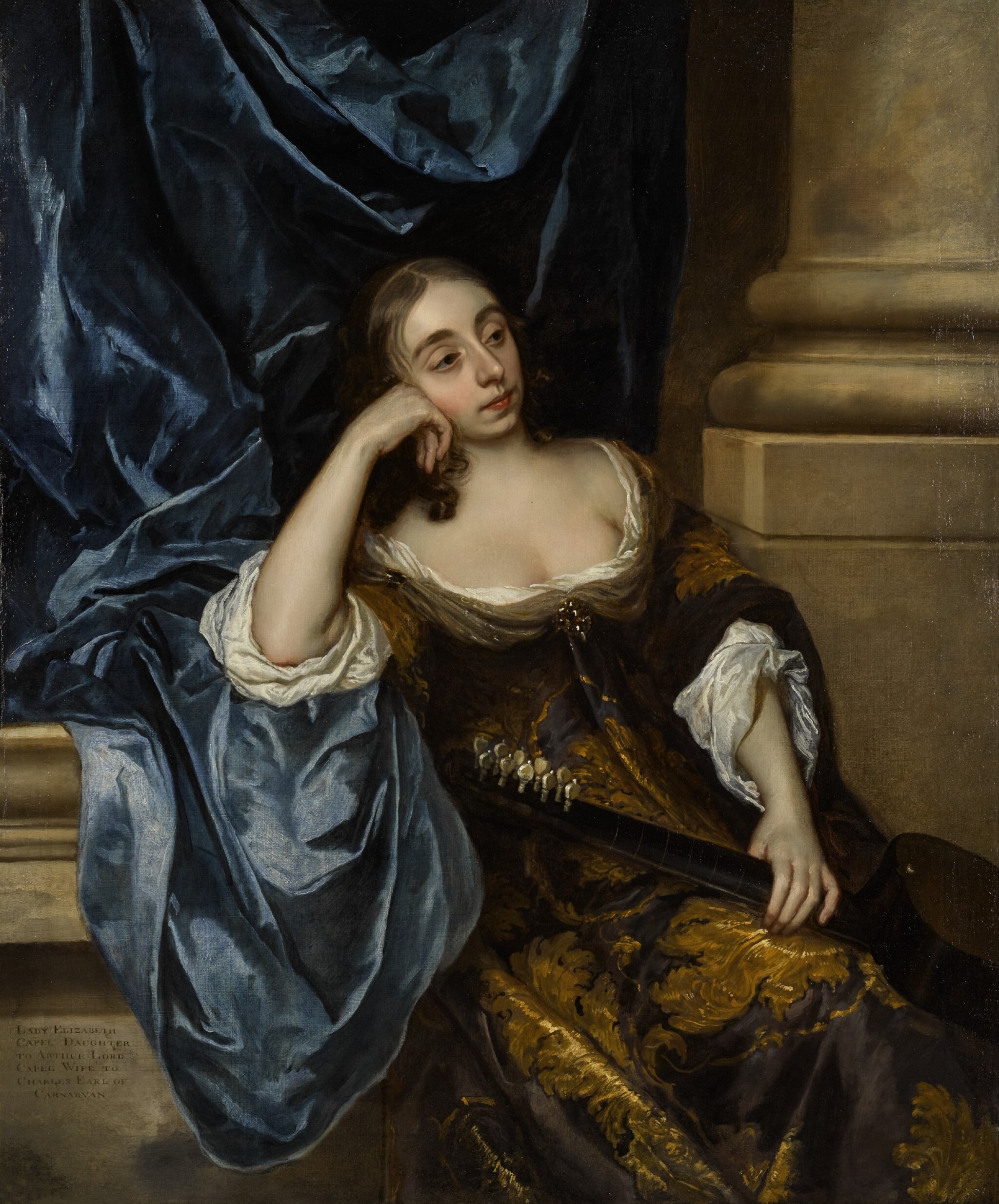 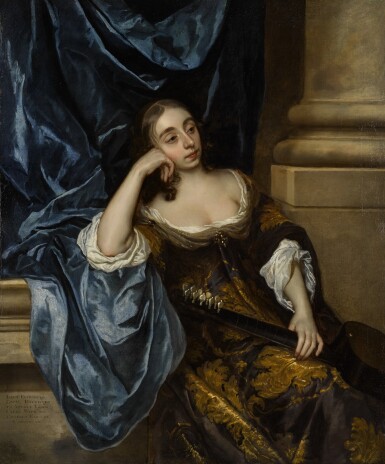 Portrait of Elizabeth Capel, Countess of Carnarvon (1633–1678), with a guitar

oil on canvas, held in a carved and gilded Sunderland frame

Sir Peter Lely Portrait of Elizabeth Capel, Countess of Carnarvon (1633–1678), with a guitar Oil on canvas, in a period Sunderland frame in good condition.

The original canvas is lined. The lining is in a good condition and there is good tension throughout. There is minor restored out loss to the edges of the composition. The energetic and bravura brushwork is evident in the intentionally sketchy passages of paint. The paint layer is in a very good preserved state, overall. Minor thinness of the thinly applied medium has allowed the pale ground colour and canvas texture to become visible in some areas. The skin tones are well preserved and subtle details to the face are intact. Some minor strengthening to some of the darker vulnerable passages has been undertaken. The paint texture and impasted passages are intact and the chromatic and tonal values are retained. No tonal benefit would be gained from removal of the varnish.

Almost certainly originally at Cassiobury Park, Hertfordshire, the seat of the sitter's brother, Arthur Capel, 1st Earl of Essex (1632–1693), as part of a celebrated group of family portraits by Lely, all framed en suite;

Thence by descent until at least 1904, when the painting was recorded hanging at Naworth Castle, Cumbria, in the collection of George Howard, 9th Earl of Carlisle (1843–1911);

Private collection, England, until acquired in 2019.

List of the Pictures now at Naworth Castle extracted from the Printed Catalogue of Pictures at CASTLE HOWARD and NAWORTH compiled by LORD HAWKESBURY and annotated and corrected by THE NINTH Earl of CARLISLE, 1904, p. 59, no. 29 (described as ‘¾ seated; her head resting on her right hand, and she holds a lute in her left. Dressed in a gold brocaded gown with wide blue sleeves’).