The Property of a Family Trust | 家族信託基金會收藏 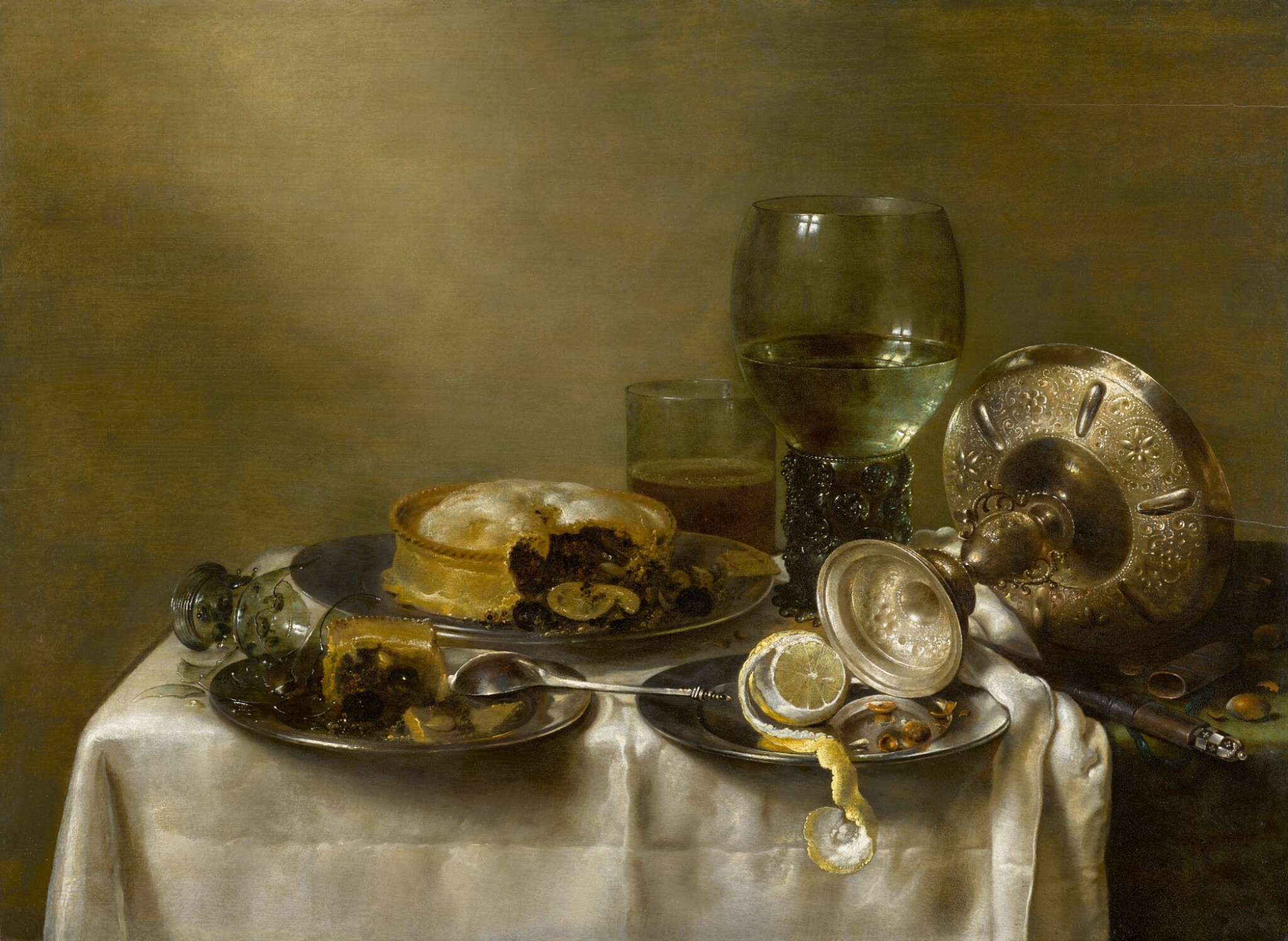 The Property of a Family Trust | 家族信託基金會收藏

The Property of a Family Trust

A still life with an overturned silver tazza, glassware, pies and a peeled lemon on a table

signed and dated near the hem of the white cloth, lower right: HEDA 1633

The wooden support, unusually for its size, is comprised of one piece of oak and has been laid on to a later modern support. It was not possible to access the original reverse of the panel and a possible transfer must be surmised. Two horizontal hairline fractures are visible emanating from the top right hand edge. They are approximately 20cm in length and are 5cm apart; there appears to be some movement along them. One further diagonal fracture on the right hand edge and travelling through the tazza can also be detected . There is minimal paint loss along these fractures. Under raking light the wood grain is pronounced. The paint layer is generally well preserved. There is some restored thinness to the pale background and under raking light the paint surface has a raised and puckered appearance as a result of natural shrinkage of the paint layer; a fine filigree of pale cracks has resulted giving a pixelated appearance . Restoration has been applied in places to strengthen areas that are most affected by the paint craquelure. The paint texture, particularly in the highlights of the composition , is well preserved and fine details to the broken glass, tazza and lemon are in good original condition. Minor scattered loss across the surface has been re-touched out, some of this restoration is excessive and not well colour matched. A tighter and more judicious approach would benefit the composition.

Acquired by the present owner after the sale.