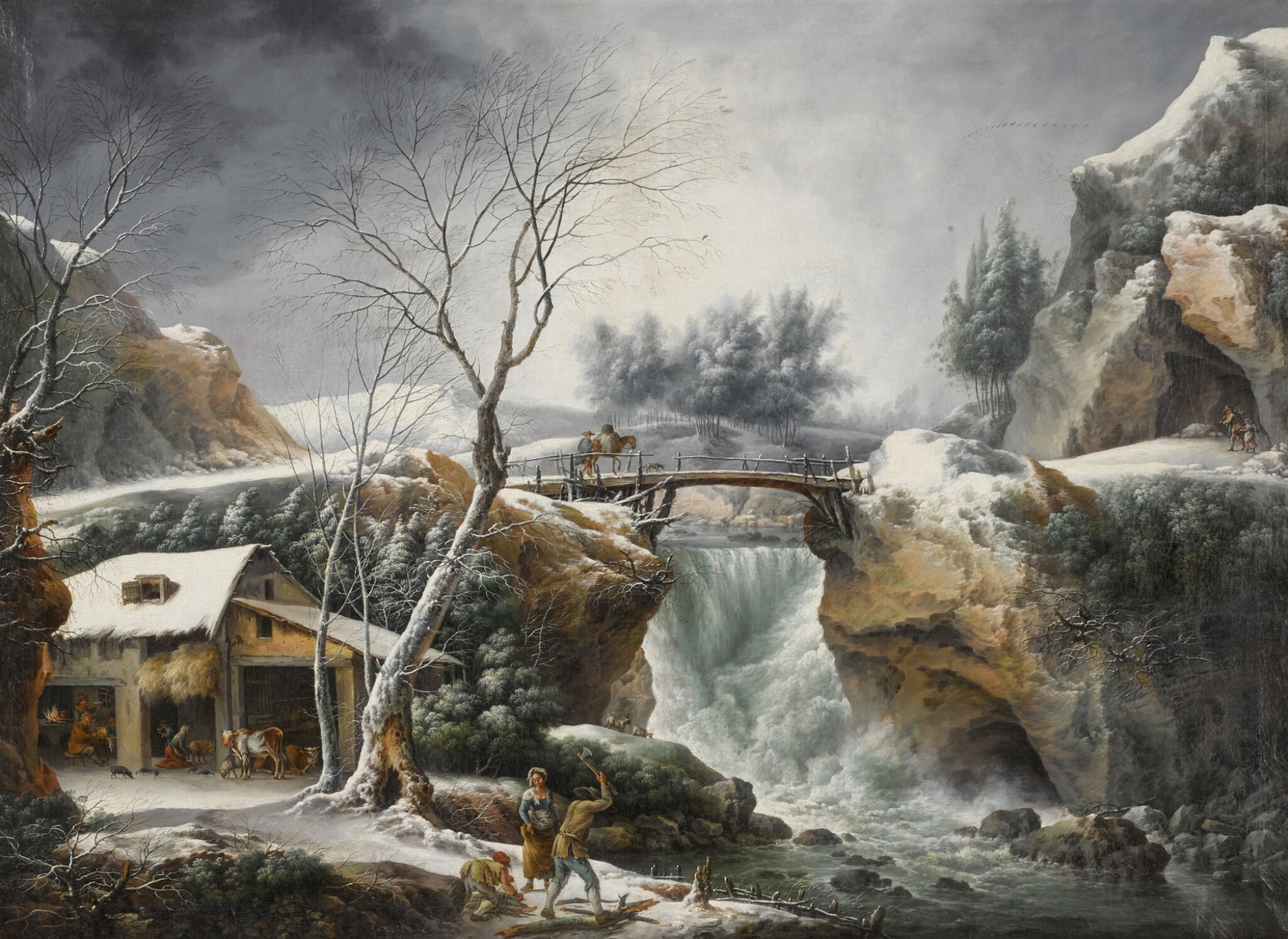 The canvas is unlined, the paint surface is clean and the varnish is clear and even. Inspection under ultraviolet light reveals very little intervention, save for tiny, localised retouchings in the sky, along the curved silhouette of the mountain upper right, along the upper margin, and in slightly more concentrated areas along the lower margin (most notably the lower left corner). There are also some pin-prick retouchings in the waterfall to disguise the appearance of craquelure. The painting is in overall very good condition.

Private collection, Munich;
From whom acquired by the previous owner;
By whom anonymously sold ('The Property of a Lady'), London, Sotheby's, 10 July 2002, lot 74, where acquired.

The inscription in French written on the reverse of this unlined canvas supports the theory that Foschi, though he worked in Rome for the majority of his career, was painting for an export market. This landscape was executed just two years before the artist's death. Another winter landscape dating from the following year is inscribed almost identically: 'Peint par le Chevalier Foschi / a Rome L'an 1779' (sold New York, Sotheby's, 30 January 1997, lot 189).

A very similar version of this composition, albeit with differences in many of the details, was sold London, Sotheby's, 11 December 1996, lot 121, and is recorded in the catalogue raisonné (published before Marietta Vinci-Corsini had knowledge of the present painting), as 'probably an early work.'1