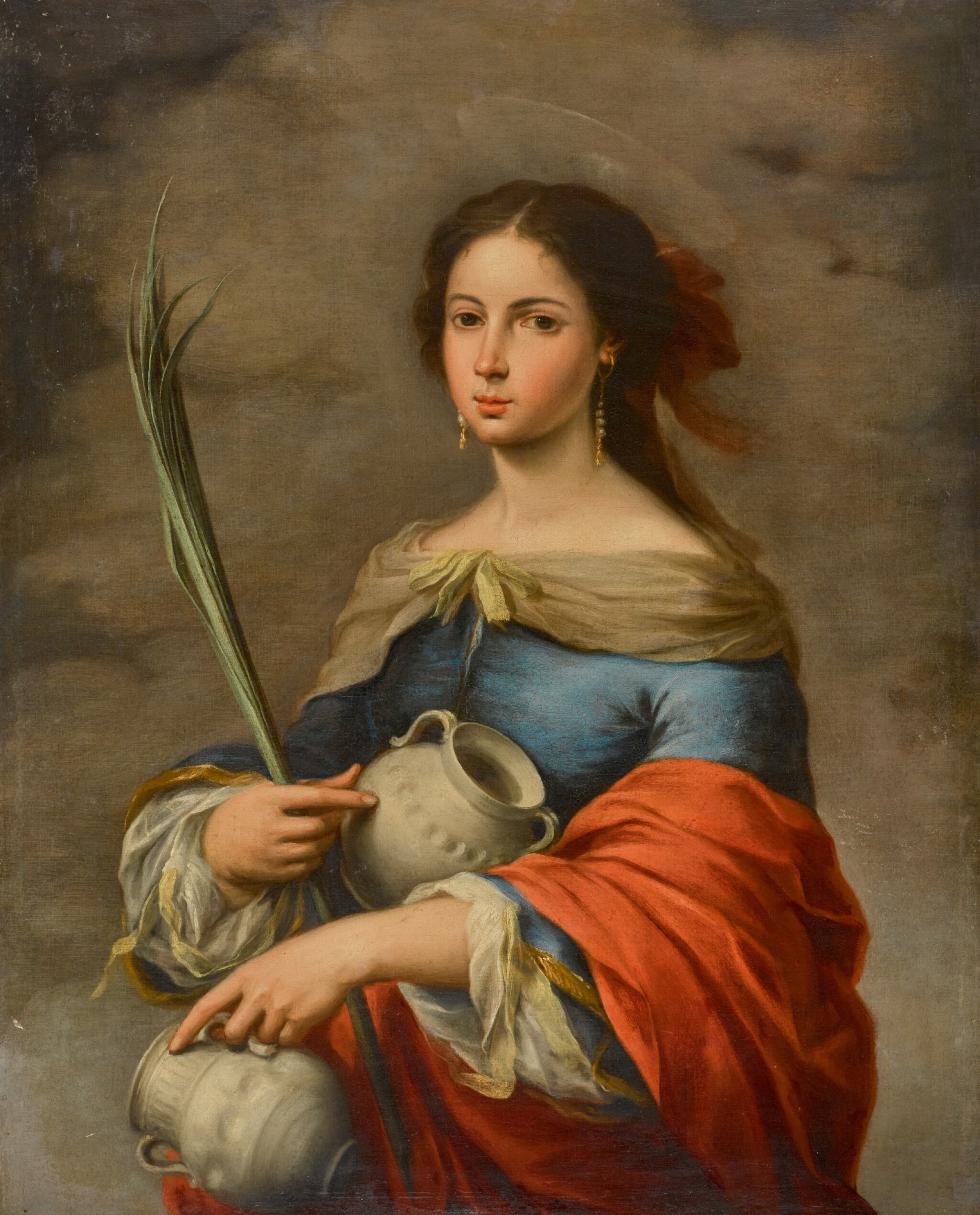 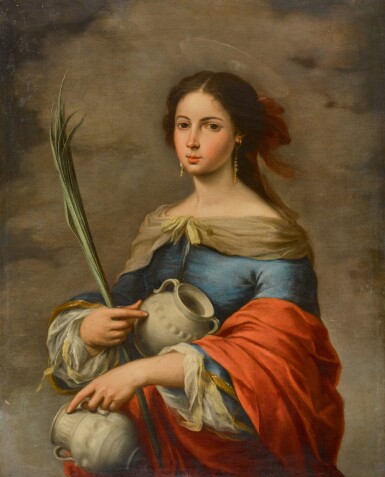 The canvas has a firm relining, the paint surface is relatively clean, and the varnish is slightly discoloured. There is a small loss in the lower left corner, less than 1 cm. long, and some scattered pin-prick retouchings to previous losses visible in raking light along all four margins, and scattered in the blues of her dress. Inspection under ultraviolet light is impeded by the varnish which fluoresces opaquely. It is just possible to discern the aforementioned retouchings, and it also makes visible fine lines in the saint's face, chest and hands to disguise the network of craquelure, as well as retouchings scattered in the white drapery of her cuffs, to a handful of areas in the red cloak and to some small areas in the pots.