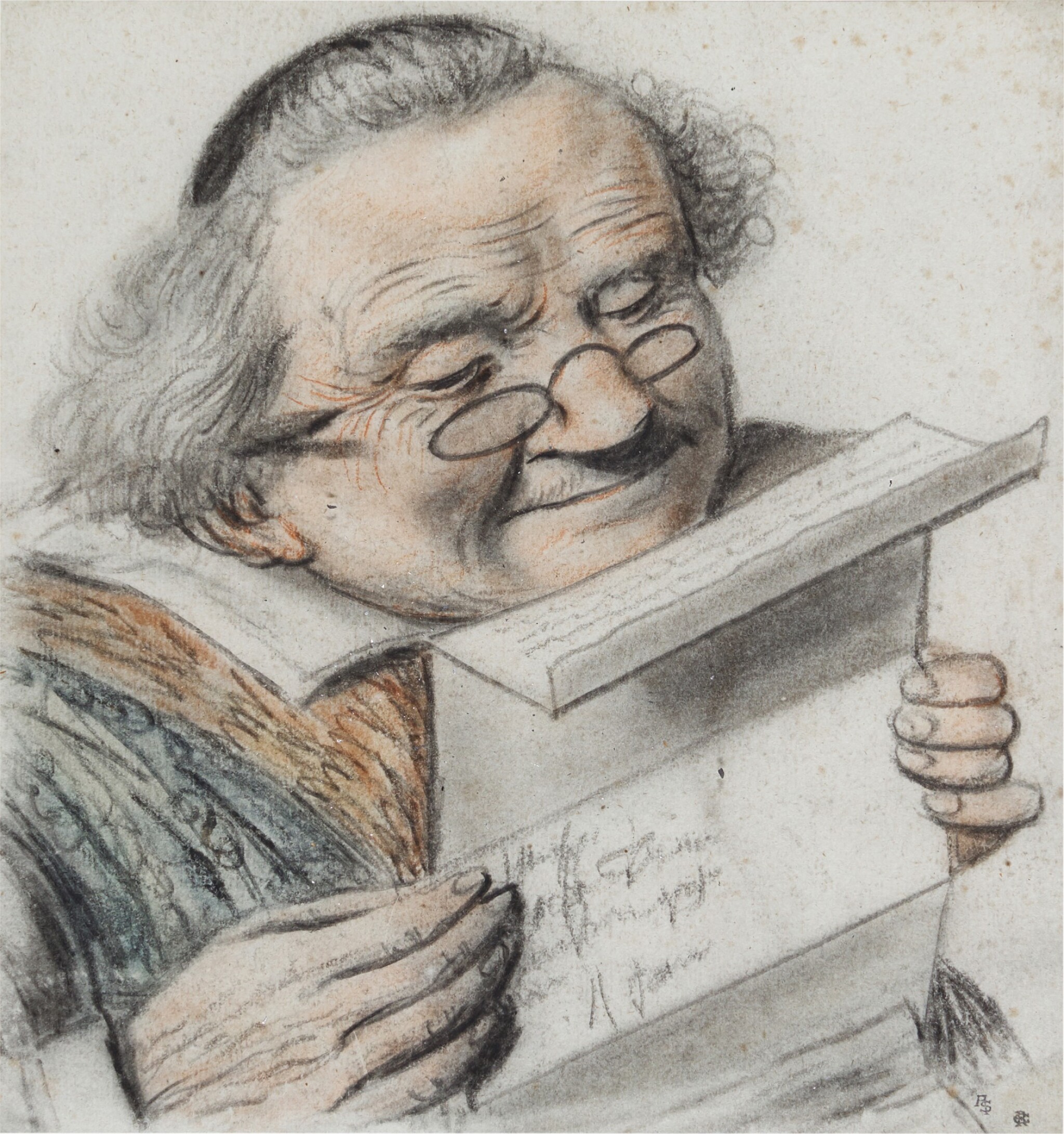 Nicolas Lagneau is an artist about whom we know very little, in terms of his origins or artistic itinerary.  The technique applied in the present portrait, and adopted throughout most of his portraiture, is a combination of coloured chalks, often accompanied by the use of stumping (see also lot 24). His portraits often reveal a truthfulness, at times revealing the arduous lives of his sitters but also portraying more humourous undertones, like the present example, where Lagneau has adopted a more caricatural approach.

The arrival of Lagneau’s portraits saw a marked break with tradition in France, moving away from the delicately refined and formal portraiture of François Clouet, towards a more naturalistic approach that would later sweep through the Northern Netherlands.

This portrait was once in the collection of lawyer, Eugène Rodrigues (born in 1853) (see Provenance), who owned a substantial number of works by Lagneau.