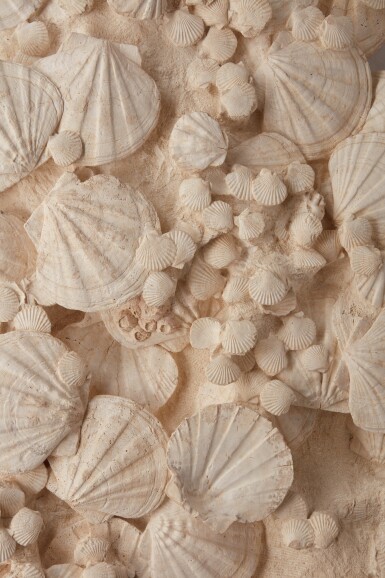 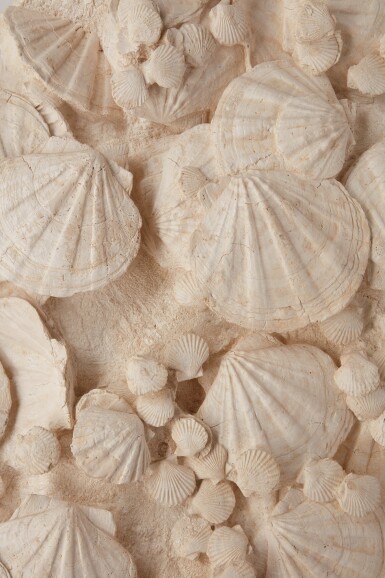 190 cm tall, on a base. Can be mounted horizontally as a mural, or vertically on a stand.

"LE CHEMIN DE COMPOSTELLE" - AN ELEGANT, SCULPTURAL MURAL PLAQUE OF FOSSILIZED SAINT JACQUES SHELLS. Fossilized scallops (Gigantopectens restitutensis), also known as Saint-Jacques shells, are found in the carbonate platforms of the Miocene epoch. The removal of this specimen from the surrounding rock represents handiwork of the highest caliber. The unusually deep layers of fossil accumulations are due to the fact that this specimen was found in a very rich and thick fossiliferous vein.