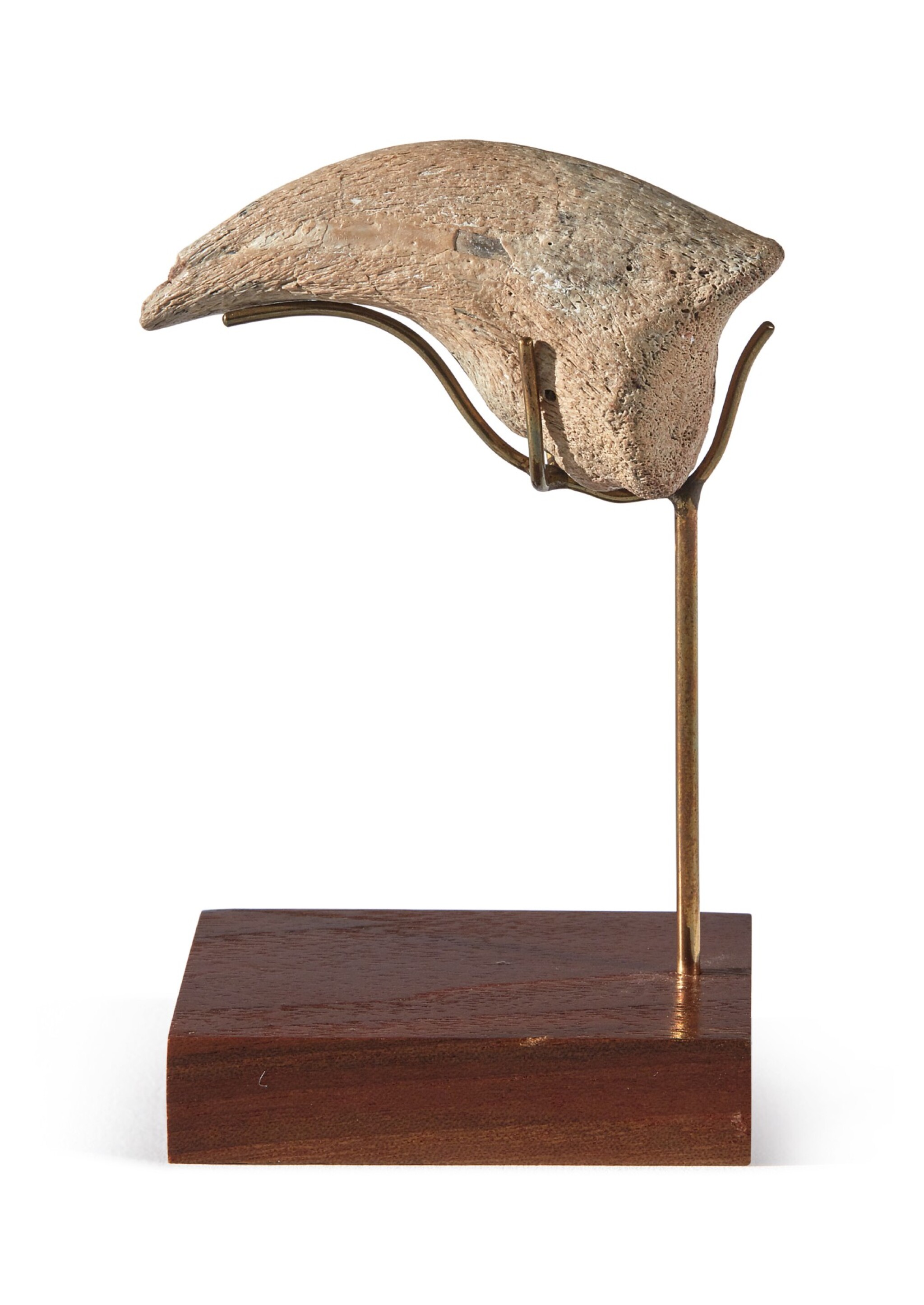 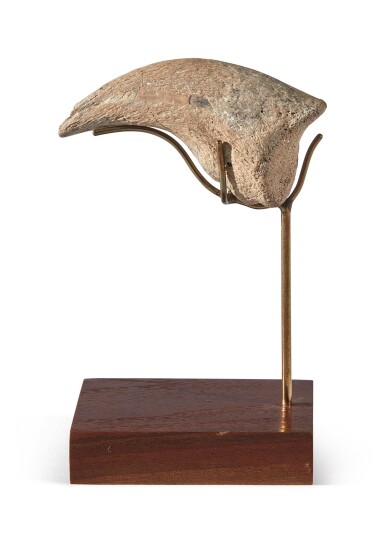 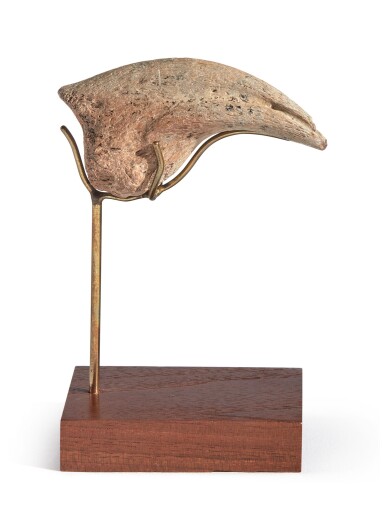 Measuring 3 inches along the curve and virtually complete with no restoration. Complete with custom display stand.

Considered among the largest feathered Dinosaurs to ever live, Anzu wyliei was roughly 11 feet long and 5 feet tall at the hip. Except for its long tail, it resembled a large flightless bird, with feathers on its arms and tail, a toothless beak and a tall crest on top of its skull. Unlike birds, the forelimbs of Anzu wyliei were tipped with large, sharp claws. The dinosaur’s bird-like anatomy prompted scientists to nickname it “The Chicken from Hell”.

The present specimen was first believed to be a rare hand claw of Tyrannosaurus rex as it was discovered in close proximity to the T. rex skeleton known as “Bud”. Also, at the time of its discovery, the species of A. wylei was still unknown. It is actually the claw core of the manus claw or the infamous "killing" claw. Only three known partial skeletons of this relatively new species of dinosaur exist, making this remarkable discovery an extremely rare find.

Discovered by Mike Hammer in 1993

Private New York collection from 1995 till the present.