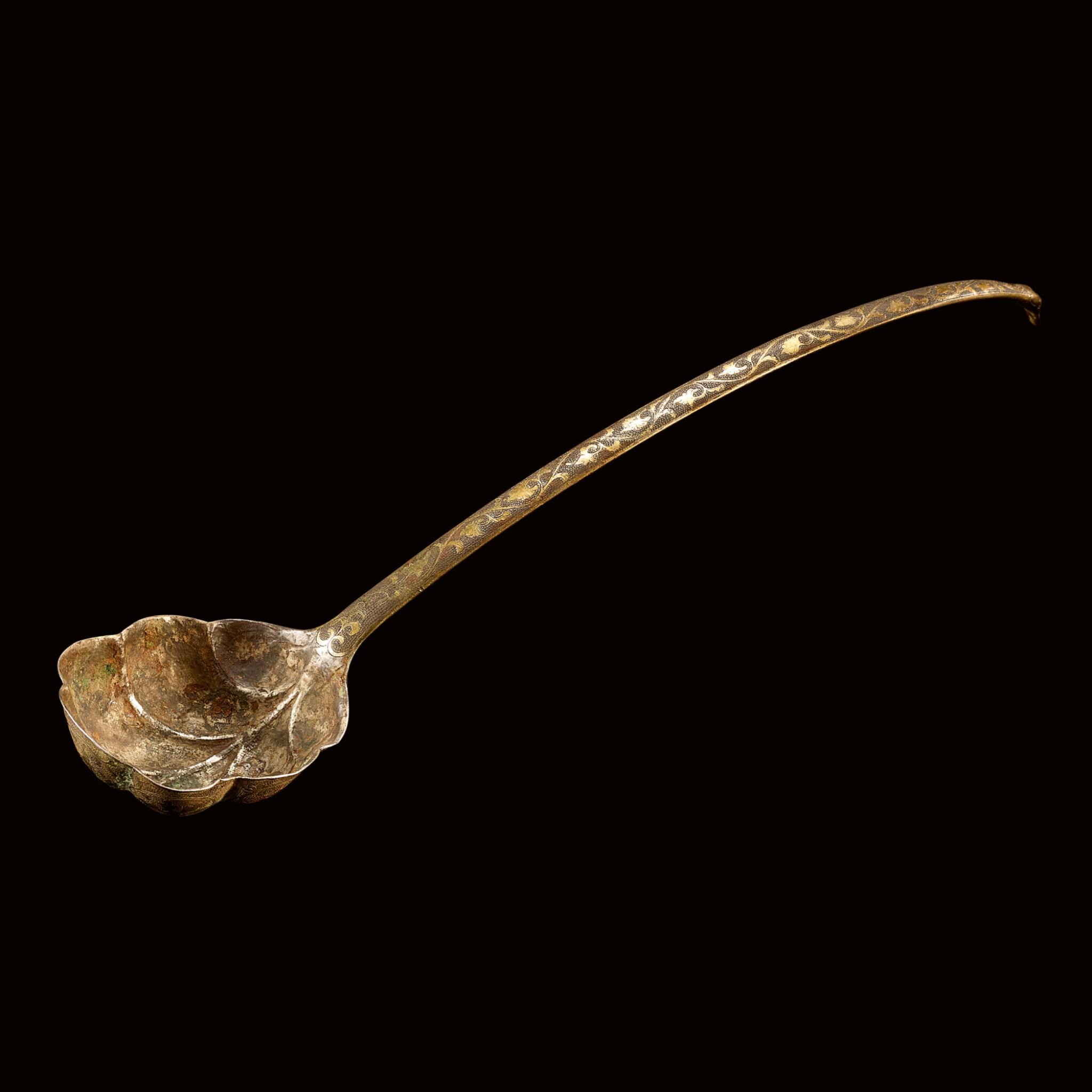 the deep petal-lobed bowl delicately chased and engraved with three small birds amongst flowering scrolling foliage on a ring-punched ground, the elegantly curved long handle similarly decorated with a sinuous foliate meander and terminating in a bird's head

Minor oxidisation and encrustation as visible in the photo.